Okotokian flies off with Falcons commitment 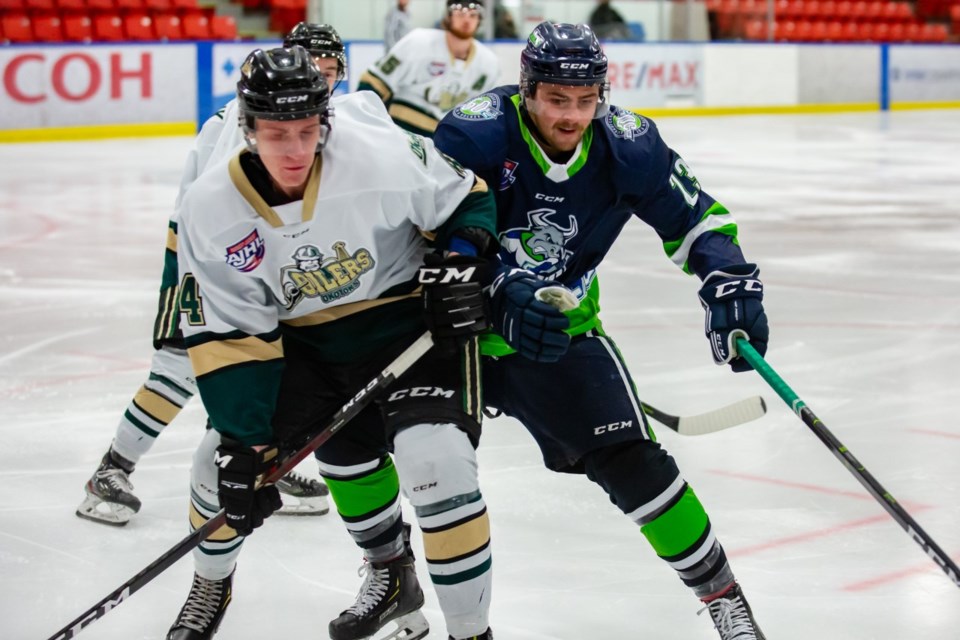 It was all business for an Okotoks minor hockey grad when it came time to find a collegiate home.

Calgary Canucks forward Jackson Kobelka committed to Albertus Magnus College in Connecticut to pursue a business education and a leading role on a Falcons team new to the NCAA Division III hockey ranks.

“It was kind of quick, but we also took our time with it as well. I was talking to a few schools down in the States,” said Kobelka, a 2018 Foothills Composite graduate. “I had to make a decision and ultimately we felt that this was the best spot for me hockey wise, but as well with school and ultimately that’s the big thing moving forward, getting my education.

“We felt it was the best situation for me as a person.”

The location of  the liberal arts college also played a role with the New Haven, Connecticut school just 83 miles north of The City That Never Sleeps.

“I’ll be taking business when I get there and with them being close to New York they have a lot of ties within the city as well,” Kobelka said. “So there’s good opportunity to do some apprenticeships after my first two years within the city.

“I’m really excited to get out there.”

The Falcons play in the Great Northeast Athletic Conference and are a relatively new program in Division III hockey, dating back only to 2018, under the direction of head coach Kyle Wallack, a former associate coach with Vermont.

“I think there’s a lot of room for growth,” Kobelka said. “And talking with the coach, Kyle Wallack, he’s awesome, he’s been around and coached at the Division I level quite a bit and he knows what he’s doing and he’s looking to build a strong foundation for the future.

“It just seemed like a good spot where I could come in right away and make a difference and that also helped to draw me to the team.”

Prior to playing close to home in the Stampede City, Kobelka plied his trade through the prairie provinces.

The Okotoks minor hockey grad began his junior career with the Humboldt Broncos in 2018 before stops in the Manitoba Junior Hockey League with the Selkirk Steelers and Steinbach Pistons.

Calgary added the forward midway through the 2019-20 campaign.

“It was definitely a learning experience,” he said of his many stops. “It wouldn’t be the road that most people would like to take, but I wouldn’t take any of those experiences back.

“I learned a lot everywhere I landed and ultimately it brought me back home and I’ve been able to find a good spot in Calgary.”

With the Canucks, Kobelka potted nine points in 27 games last season and enjoyed a veteran role on a young team headed in the right direction.

The Okotokian has also had the opportunity to play alongside fellow Bow Mark Oilers graduates with the Canucks in blueliners Riley Bodnarchuk, Connor Bertamini and centre Daxton Budd.

“Last year was a bit of a rebuild year, some games didn’t go as well as we would have liked, but the leadership group here has been awesome and as a team we’ve grown quite a bit,” he said. “We’re much better and we’ve set the team up for a good future to come. I’ve really enjoyed my time.”

The 2020-21 campaign with its stops and starts and the league on pause from November to March was a difficult waiting game to navigate, particularly for a 20-year-old not yet signed off on a collegiate hockey team.

That just makes the commitment all the more rewarding for the 5-foot-11, 175-pound forward.

“I’ve been thinking about it since I was 14, 15 years old, around then you’ve got to decide if you want to go the college route or go WHL,” he added. “Growing up, I was always undersized and was going to take the long way to get to the next level and I kept pushing.

“I overcame a lot of adversity as a young hockey player, a lot of times where many kids would quit, I just kept working and it’s just nice to get the recognition and the opportunity here.”