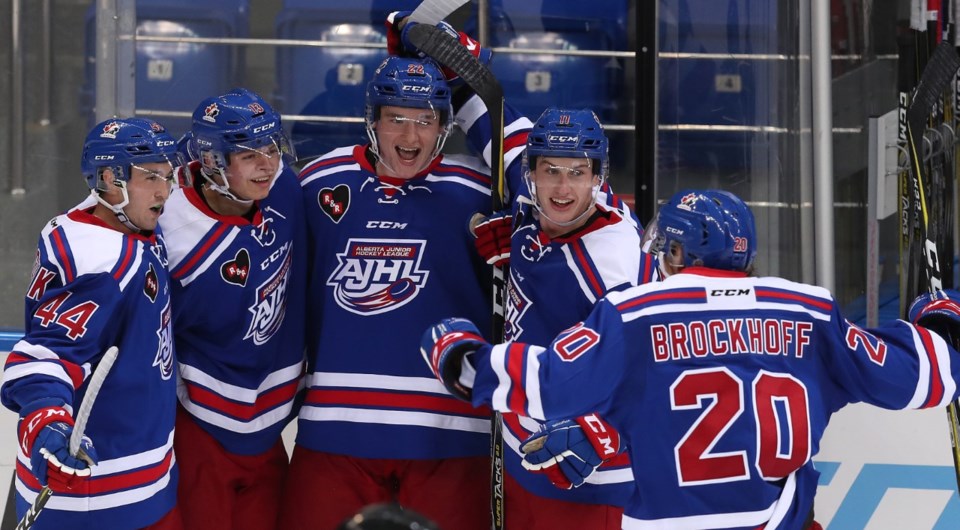 From Russia, with silverware.

Okotoks Oilers Zane Kindrachuk, Eric Parker and Team AJHL brought home silver as the Canadian representatives at the 2019 Junior Club World Cup following a narrow 3-0 defeat to the host Yaroslavl in the championship contest on Aug. 31 in Sochi.

"It definitely meant a lot representing our team, Okotoks, and Alberta and Canada," said Kindrachuk, a 2000 born forward. "Before the game the announcer said 'who's cheering for Canada?' And the whole crowd started booing so that was pretty cool to get in on the Canada Russia rivalry."

The eight-team tournament featured some of the biggest names in European club hockey, including Sweden's powerhouse MODO, Switzerland's HC Davos and Austria's Red Bull Salzburg along with Russia's Yaroslavl and Finland's Karpat.

"Everyone in the tournament was really good, there wasn't any easy games, every team was competitive," Kindrachuk said. "There were some really good high calibre players, Russia was really good and had a handful of NHL (draft) picks and guys who played world juniors. It was good to play them twice and battle and compete against those kinds of players."

The Alberta squad finished second in Group A, recovering from a 3-2 loss to Yaroslavl with a 5-4 triumph over MODO and 7-0 romp over Davos.

In the crossover semifinal, Team AJHL knocked off the previously undefeated Karpat by a 5-1 count led by a two-goal effort from Max Giangualano.

"That Finnish team was really good, they could all skate, pass and shoot the puck," Kindrachuk said. "They scored a goal and were up 1-0 on us, but I thought we didn't quit and in the second we scored four goals.

"That was a really fun game to play in. I thought we really took it to them in the second period and stuck with it."

Both Kindrachuk and Parker, a 2001-born defenceman, finished with one assist in the tournament.

Team AJHL was well suited to play on the Olympic sized ice with an emphasis on skating in the roster construction.

"The group, all the guys, the coaches and the staff, we really bonded and came together," Kindrachuk said. "We became a family, it was a lot of fun hanging out with those guys, we had a lot of good laughs and it was a good group to be a part of."

Team AJHL was able to take in some culture in Sochi, the host of the 2014 Winter Olympic Games, and a tourist and resort destination on the Black Sea as well as spending four days in Moscow prior to the start of the tournament.

"Sochi we were by the beach which was pretty nice, there were palm trees and a boardwalk and attached to our hotel was an amusement park," Kindrachuk said. "We got to go there a couple times and ride the rollercoasters - that was actually a lot of fun.

"Moscow was different, it was more like what you would expect Russia to be, lots of buildings and very spread out, but very compact at the same time."

Parker and Kindrachuk, both of whom missed Oilers main camp and the start of exhibition, return to the green-and-gold with big game experience under their belt.

It should only help them and the team get off the ground running with the regular season opening the weekend of Sept. 13.

"We've been on the ice a lot just with practices and then playing in these competitive games," Kindrachuk said. "Playing in these meaningful games gets you into mid-season (form). It should help us. Eric played some big minutes and made some big plays and he's looking really good. I'm excited to see him out there and I think he's going to have a really good start."