Oilers all business with addition of assistant general manager

"We have the potential now with what we can do in that building, with a new system that's in there with the video scoreboard to create a real top-tier entertainment atmosphere. All we need is the world to be somewhat back to normal and we can really show people what this team is capable of."
Apr 7, 2021 2:00 PM By: Remy Greer 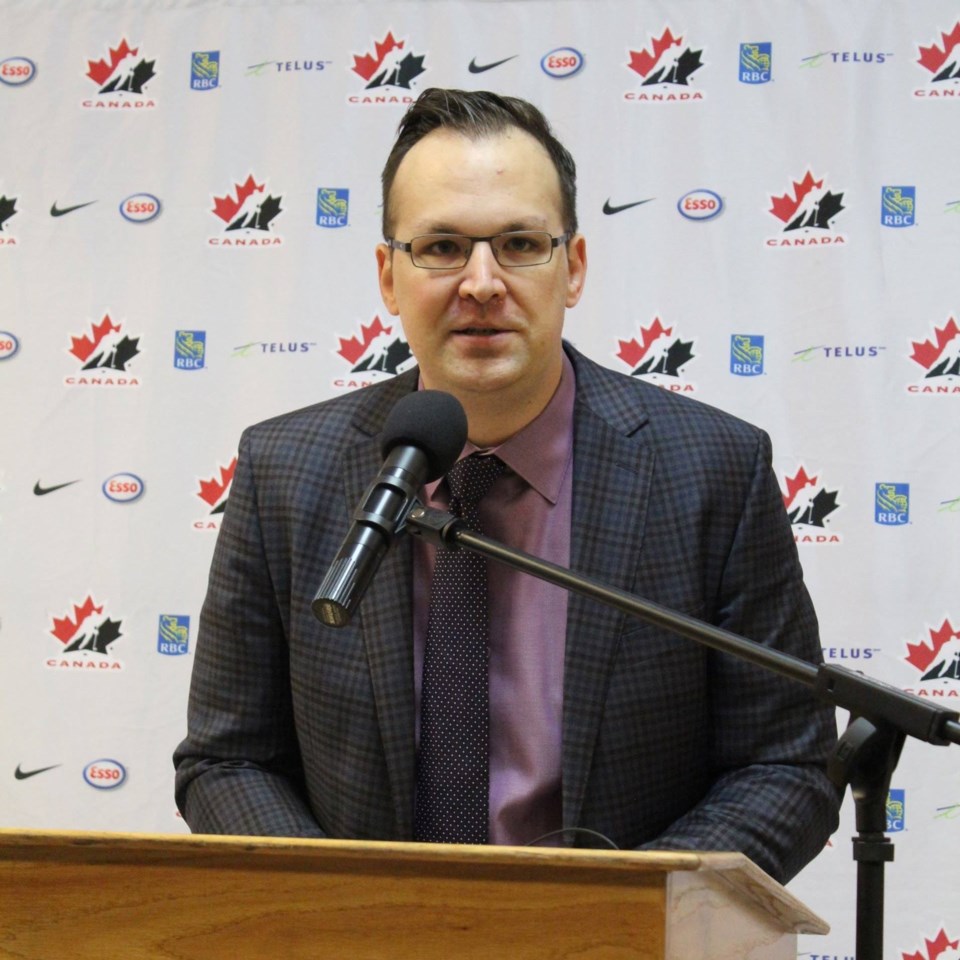 The Okotoks Oilers are looking to take their off-ice operations to the next level with a late season acquisition.

Experienced broadcaster and operations manager Tyler King has been added to the Okotoks Jr. A Oilers as assistant general manager, business operations after successful stints in the Alberta Junior Hockey League with Fort McMurray and Brooks and a memorable role with Hockey Canada over the past 18 months.

"What attracted me to Okotoks is what I've known and learned about them through almost 10 years in the AJHL," King said. "On the other teams that I've worked with I've had a real good opportunity to see what the Oilers have been capable of as a team, what the Okotoks community is capable of in terms of its support for that team. And I always knew it had greater and greater potential.

"Its kept on achieving a lot of that in terms of what it's done on the ice, but I've always known there's probably a lot more it could do and achieve off the ice at the same time. They've made some steps in that direction, but probably could have used my help is what I started thinking.

"Thankfully, the conversations with (chair) Wayne Lauinger and (GM/head coach) Tyler Deis ended with us deciding there was a fit for me there that could help them achieve a lot of what they've wanted to do over the last few years."

With a strong background as a play-by-play man in the league, King had roles as a broadcaster and communications manager with the Fort McMurray Oil Barons and the Brooks Bandits, expanding his off-ice duties in Brooks into the business manager side. He was a key cog in running Brooks' successful hosting of the 2019 Jr. A National Championship, as the chair of the host committee, and parlayed that into a role with Hockey Canada following that season.

"It's kind of funny because the same story has repeated itself over and over again," King said. "Every team I've ended up working for, I get there just after they've gotten a video scoreboard and just when they need somebody to produce content and help them utilize the video scoreboard to the maximum extent possible.

"It's basically been constantly moving myself out of my comfort zone in the hockey industry while still retaining the core of what's made me successful and what that's allowed me to do is really enhance the different ways that I can help an organization."

With Hockey Canada, King was manager of logistics of the 2021 World Junior Hockey Championship inside the Edmonton bubble, a role that was ever-changing with the pandemic's second wave in full cycle.

"It was probably the biggest combination of stress and fun that I've ever had in my life," he said. "It was amazing to be part of something as big as that was and especially that we pulled it off in the midst of the pandemic was something I will look back on with a ton of pride, probably for the rest of my career."

From an outside perspective, King characterized the Okotoks hockey market as fantastic and full of potential, noting many advantages it has from the growing population base, the robust minor hockey programs and the twinning of Pason Centennial Arena as major assets going forward.

"You can see that there's a lot of growth, not just in population in Okotoks, but also in terms of the hockey focused and hockey enthusiastic side of the market," King said. "That's something that as a Jr. A team we can really harness, especially when the Oilers have been as successful as they have been."

The other impression noted was Okotoks' ability to stay consistently at or near the top of the AJHL standings without having to rebuild every few seasons, adding Okotoks would probably have more banners hanging in the arena if not for the Brooks Bandits being in its division.

"They're one of the very few teams that's shown they can be that consistently dominant and successful without needing to go through one to two years where they're kind of mediocre before they get back to that level," King said. "That's something Tyler Deis has done that very few franchises have been able to do and that really attracted me to helping to harness that."

Now on the other side of the Bandits-Oilers rivalry, King said it's healthy competition and mutual respect that's good for the league and good for pushing the teams to the next level.

"I think what's great is the AJHL as a whole succeeds when all of its franchises are succeeding as much as possible in these types of areas," he said. "I think it's going to be great for the league to have two of its top-tier organizations really trying to push the envelope when it comes to brand development, when it comes to digital media, when it comes to community engagement."

Taking on the assistant general manager role with a focus on business is aimed at ensuring the on-and-off ice operations remain in lockstep, King added.

Going forward, King said his immediate goals are to get the most out of the restart season as possible and then shifting to focus heavily on the 2021-22 season with the hopes that fans in the stands and a normal regular season will be able to get off the ground in the fall.

"And what I want to make sure to be able to do as the Oilers is say to our fans 'when you're finally able to come back and watch us it's not going to be business as usual, it's not going to be the exact same experience you've been used to over the last 10-plus years,'" King said.

"This is going to be that experience with a lot more layered on top of it, a lot of added value to give back to people so that they can be really enthusiastic about coming back and supporting the team.

"I think there's going to be a lot of pent up demand because people have gone so long without these kinds of local entertainment options and I want to make sure that when we do have that opportunity to get people back in the building we also want to try to get people who haven't been to games before into the building, we also want to get people who just casually follow the team to become the more loyal fans that we know and love. We have the potential now with what we can do in that building, with a new system that's in there with the video scoreboard to create a real top-tier entertainment atmosphere. All we need is the world to be somewhat back to normal and we can really show people what this team is capable of."