Glass hit with 15 second of penalties 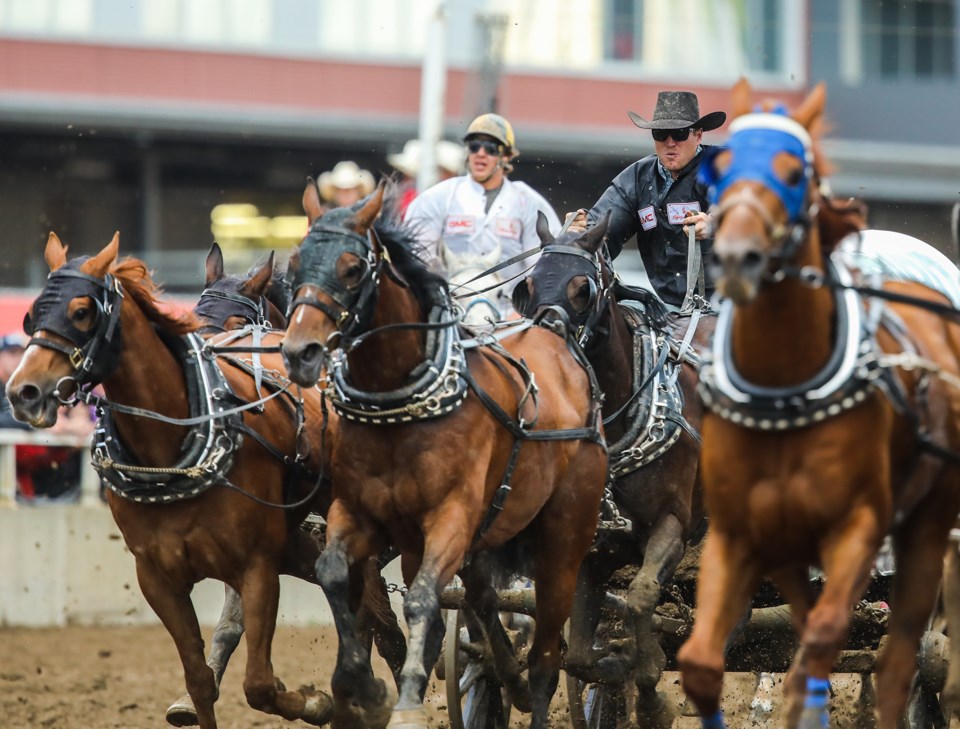 Jordie Fike of Blackie has climbed up to 15th in the GMC Rangeland Derby. (BRENT CALVER/Western Wheel)

High River chuckwagon driver Jason Glass plummeted in the standings after taking 15 seconds in penalties at Day 5 of the Calgary Stampede Rangeland Derby on Tuesday evening.

Glass, who went into the night in first-place among the 36 drivers in the aggregate, took a five-second penalty for knocking over a barrel and a 10s infraction for his wagon missing a barrel turn. He dropped to 30th in the aggregate with a total time of 6:32.18, with three more days to qualify for the top eight and Saturday's semifinals.

Blackie's Jordie Fike climbed his way up to 15th in the aggregate while Mark Sutherland sits in 22nd. They have aggregate times of 6:24.30 and 6:26.51 respectively.

In the bull riding, Grey Tower III got the best of DeWinton's Brock Radford, who was bucked off.

Ryan Dirteater from Oklahoma, won the bull riding at 88.5