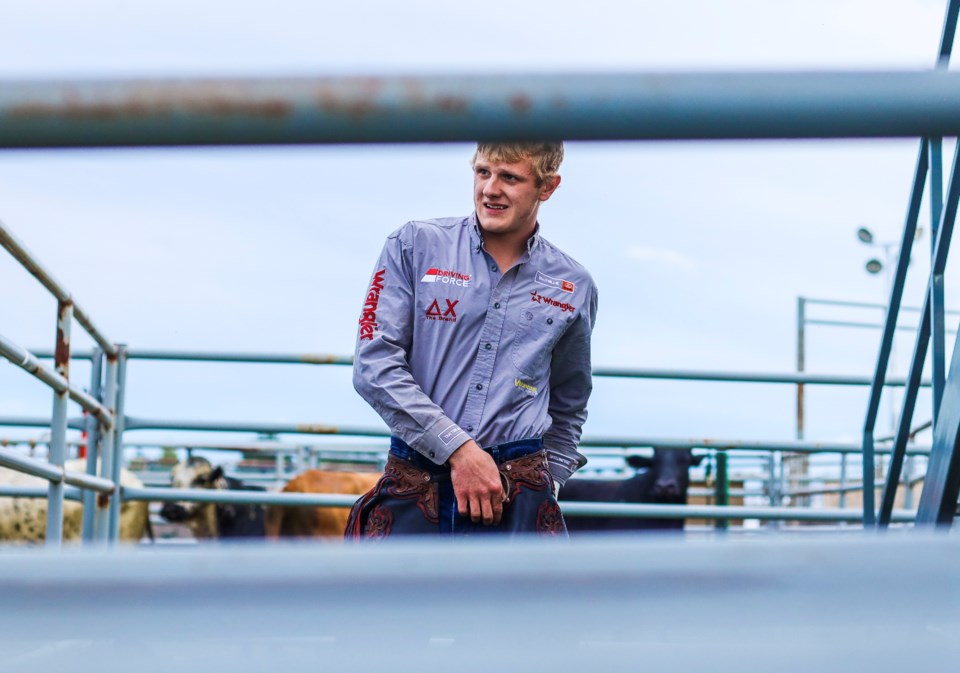 There’s no better place to Cowboy Up than the home of Dallas’ NFL team.

Brock Radford turned in a career best score on the Professional Bull Riders Tour on the opening night of the PBR World Finals to highlight a strong showing as the lone Canadian competitor at AT&T Stadium in Arlington, Texas Nov. 12-15.

“I only had about three months at the start of the year coming down to the United States competing before COVID hit,” said Radford, a Foothills Comp grad from DeWinton who now calls High River home. “So I didn’t get much of a season here and it just kind of worked out that I was able to get the call and got a good bull on the first night and was able to capitalize on it.”

The 25 year-old came in as alternate for the competition, his second appearance at the world finals and first since 2018, after seeing limited action south of the border during 2020.

“It was pretty cool to squeak in for not really having much of a season,” he said. “I only really got January, February, March and them guys got to stay down here all year.

“It felt good and it’s a good confidence boost rolling into 2021.”

A lot has transpired since 2018, with Radford riding through a knee injury at the world finals that year followed by reconstructive surgery and five months of rest and rehabilitation leading into a chance to compete at last year’s Stampede.

“I was ready to kick tires and light the fires this year and get a full year of being healthy in,” he said. “But the way world went it didn’t work out that way.”

On the opening night of action in Arlington, Radford rode Stretch to a score of 89 to pick up a cheque for $5,500 and earn a tie for fifth place in the opening round.

“I haven’t (rode him), but I’ve seen him lots so I knew him,” Radford said. “He’s typically not very friendly to left-handed riders, but I figured his tricks out this time.”

The ride marked the second time Radford has been able to compete at the home of the Dallas Cowboys, a massive stadium with a capacity nearing 80,000 that had about one quarter of that in attendance at the world finals.

“I love all sports, I’m a sports fanatic and I always look at the iconic venues like Madison Square Garden, AT&T Stadium where the Cowboys play,” he said. “Jerry’s House is one of the most iconic arenas in the world so it’s an eye-opener. It’s the biggest arena by far I’ve ever been in.”

Radford earned 32.5 world points for his efforts on the weekend and finished tied for 19th at the world finals and concluded the season ranked 39th on the planet.

Not too shabby considering the limited action Radford’s seen in recent months.

The PBR Canada event on Nov. 7 in Grande Prairie served as a bit of a test-run for the affable bull rider after putting up some strong top-three performances on the tour earlier in the year with several events being held in Lethbridge.

“PBR Canada, and PBR in general, has done awesome and doing the absolutely best they can,” he said. “Our PBR Canada crew up there did awesome for us, they were working day and night to get events for us and they did.”

For now, it’s time for some well-earned rest and relaxation in the Foothills before another show in North Dakota in December and more to come in the new year.