Changes to golf far from par for the course 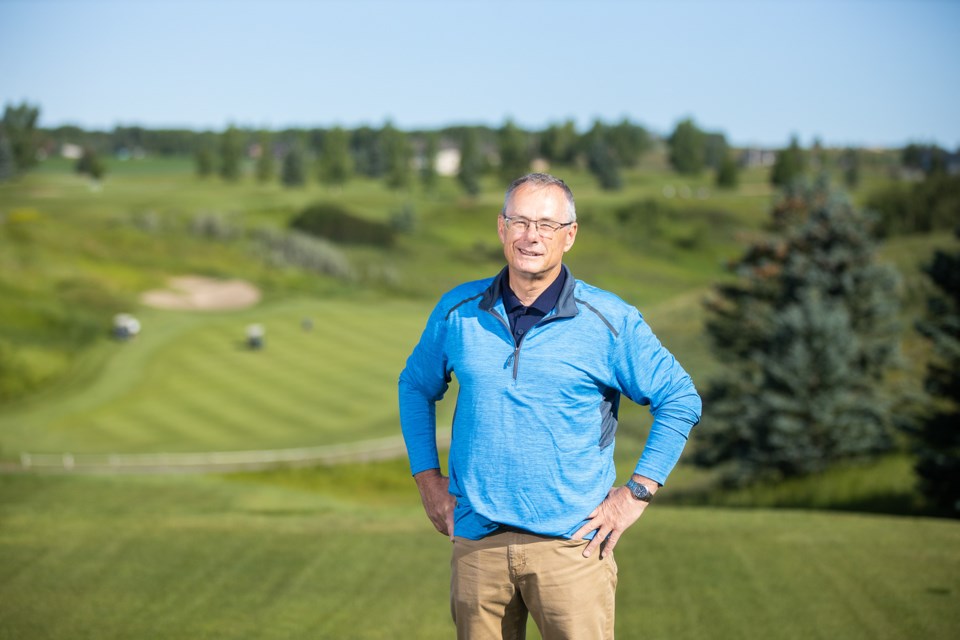 Some things are going to take some getting used to on the links.

“Like everywhere else you can’t touch the flagpole and we’ve put our cups in upside-down so there’s only an inch so the ball sits up,” said D’Arcy Ranch Golf general manager Tim Watt. “Funny thing is I got an email and the guy said on the third hole his partner hit a ball and it went down and hit the pin and didn’t go in the hole.

“And he thought maybe that should have been a hole in one, because with the modifications it went in right? And I said ‘As far as I know the ball has to go in and be sitting in the cup.’”

Whether an ace is truly an ace is one of a laundry list of questions being answered by golf courses after being allowed as one of the first non-essential businesses in the province to open amid the COVID-19 pandemic as early as the first weekend of May.

“We were, in our minds prepared, but then we had to execute it,” said Watt, who had D’Arcy open its doors on May 4. “The big thing was getting staff on in time, we found out Thursday and ideally would have like to go open on Saturday, but you’ve still got to make sure everybody is trained.”

Particularly those being trained in roles that didn’t previously exist.

“We had to scramble to get people hired up, not that we didn’t know who was coming, it was all of a sudden being able to contact them and make sure they’re available,” Watt said. “We scrambled getting the staff together and once that happened there were some fairly long hours to get going, but now that we’ve got a better handle on the hiring we’re in pretty good shape.

“Everyone knows their new roles and we’ve got roles we never had before.”

Some of those positions include someone at the gate of the club to meet each car arriving to go over checklists of what golfers can and can’t do. D’Arcy has also doubled up on cart sanitation staff with the golfers each going out with their own cart, unless there’s documented proof they live in the same household.

Another change is that of the range.

The driving range, which opened on May 6 and is limited to eight stalls at a time, is no longer a seamless transition from whacking a few balls and crossing the parking lot to play a round.

“Now the range is operated separately,” Watt said. “It’s its own separate entity so you have to book that on your own because you can’t come into the clubhouse. So we have to keep a range attendant over there to collect the money and make sure the balls are there and they can’t handle the buckets.

“It all seems to be going fairly smoothly. You’ve just got to make sure you get enough staff and signage.”

To date, the golfers have proven to be more than happy to comply with the new regulations and small inconveniences involved with the physical distancing.

Those arriving to play a round have to stay in the car until their tee time, they then load their own clubs into the cart and go into the staging area by the putting green.

Golfers are not allowed in the clubhouse or pro shop, as mandated by the Province.

“What’s interesting is I don’t think I’ve seen one (golfer) come in with a mask,” Watt said. “Our staff have them and the deal is if you’re within six feet you’ve got to have a mask on, but because there is so much room on a golf course you don’t really need it. The idea is if you’re not feeling well, you’re not coming into play golf.”

The demand to get on the course is there, it’s just mitigated slightly by the spacing out of tee times.

Going forward, Watt expects the course to be booked steady when the weather co-operates.

D’Arcy’s expansive 18-hole offerings were aided by a somewhat favourable winter which saw the snow stick on the ground, covering the turf and limiting any real ice damage from taking root.

“If we have good weather we’re going to be packed, which is normal for every year,” Watt said. “Everyone is aware when they’re coming here, nobody is saying (these measures) are stupid.

“The other day the police came in and they talked to our people, so they’re watching to make sure, which is quite comforting because at least we’re doing what you’re supposed to do.”