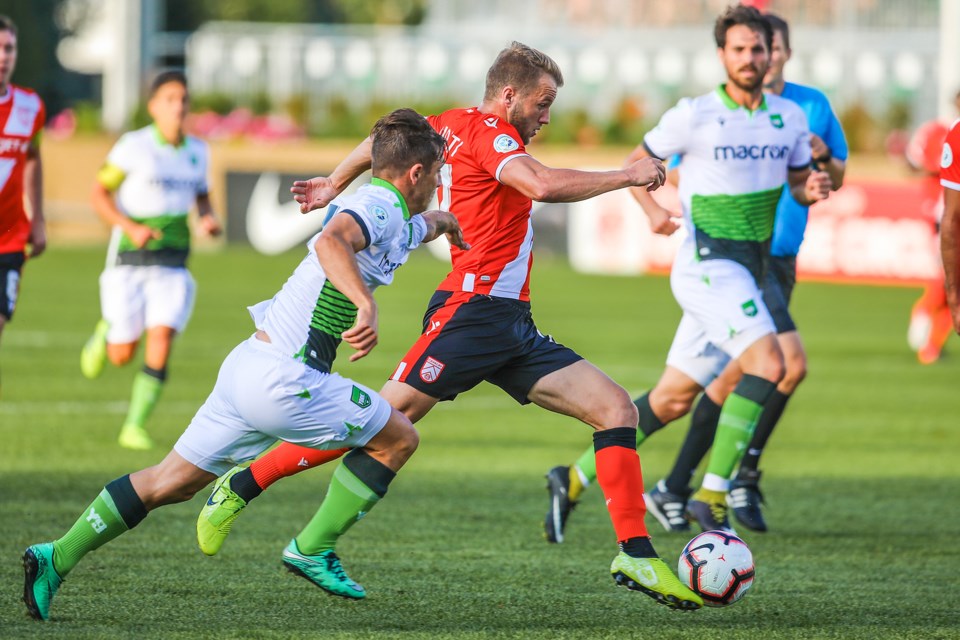 After months of speculation the Canadian Premier League confirmed its format and schedule for its return to play in 2020 with the introduction of the Island Games tournament featuring all eight teams in a condensed behind closed doors competition starting Aug. 13 at the University of Prince Edward Island.

“It’s the news we’ve all been training and waiting patiently for and we’ve got it,” said Cavalry FC head coach Tommy Wheeldon Jr. “Needless to say, the players have been working their butts off to be ready for when the time comes, now we know the time, now we know the place.”

The Island Games will be void of spectators at the UPEI grounds and aired on the OneSoccer online platform. The July 29 release from the CPL stated that Moncton, New Brunswick and Langford, B.C. also were in discussions to host the tournament in addition to the winning bid out of Charlottetown.

The format has a first-round comprised of 28 games with the top-four teams advancing to the group stage. From there, two teams will come out of the six-match group stage to advance to the championship – a single match final.

All eight teams will be involved in the initial stage, the Cavs, FC Edmonton, Pacific FC, Valour FC, Forge FC, York 9, HFX Wanderers as well as the new kid on the CPL block Atlético Ottawa.

“We are excited about The Island Games / Canadian Premier League 2020 season and the level of support from the Government of PEI, and City of Charlottetown who have been at the forefront of all our planning with our priority being that every participant and PEI citizens will be safe,” said CPL commissioner David Clanachan in a league release. “We are appreciative of all their hard work and their enduring support in making our season a reality.”

The Cavalry, based out of Spruce Meadows in Foothills County, were spring and fall season champions and eventual runner-ups in the CPL championship playoff in 2019.

The offseason brought about some big additions to the Cavs roster with the likes of Mohamed Farsi, Bruno Zebie, Jose Hernandez and Robert Boskovic joining the squad.

The CPL’s second season in operation was originally set to begin in April and was postponed indefinitely due to the COVID-19 pandemic.

“It’s a test for all of us – fans, players, our families at home,” said Cavalry captain Nik Ledgerwood. “It’s something new, something that nobody’s ever experienced. Nobody can open a book and say ‘okay, this is how it was done, this is how we should do it.’ It’s brand new for everybody.

“I think a big part of it is being patient and still focusing on the process of we’re professional athletes, we’re soccer players at the end of the day. And we need to put a product on the field that’s going to make us happy, our fans happy and Calgary as a city happy.

“We’re going to do whatever it takes to check off all those boxes and make sure we’re ready come the tournament.”

The Cavs open the competition in a rematch of the 2019 CPL championship match against Forge FC on Aug. 13.

For more information go to cavalryfc.canpl.ca