“Matías is a fantastic signing for us and fits the profile of the type of Centre Forward we were looking for."
Jan 13, 2021 2:34 PM By: Remy Greer 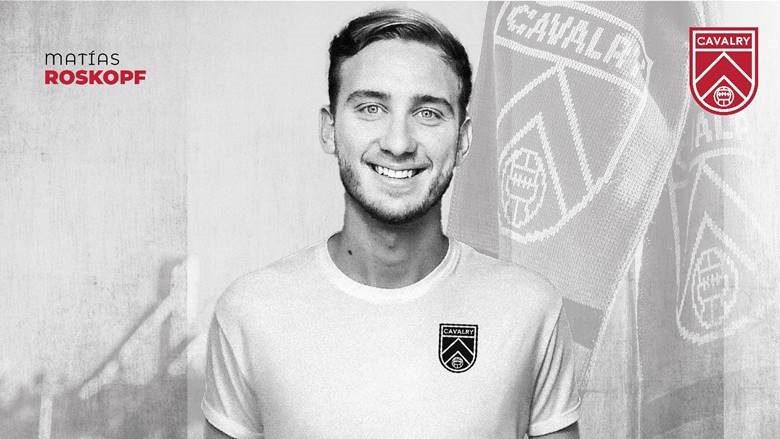 Cavalry Football Club have gone international to continue the no stones left unturned replenishment of its roster.

“Matías is a fantastic signing for us and fits the profile of the type of centre forward we were looking for," said Cavalry FC head coach and general manager Tommy Wheeldon Jr. "He possesses an excellent touch in how he combines with others, has an eye for the goal and very strong and mobile with the ability to attack crosses or go alone and shoot.

"Coming through Boca Juniors and the national youth teams of Argentina shows he has exceptional pedigree and still has more to offer.”

Forward was a position of need for the Cavalry after English striker Jordan Brown and Canadian targetman Marcus Haber were among the outgoing players during the off-season.

The 22-year-old has represented Argentina from the U15 to U20 ranks highlighted by his experience at the U17 World Cup in 2015.

At the club level, the 6-foot forward developed in the academy at Club Atlético Colón before moving on to the legendary Boca Juniors and then joining the Uruguayan Primera Division's Torque on loan. Roskopf has played the past two seasons in Romania with Hermannstadt and Rapid București. In 2020, his move to Apollon Limassol in Cyprus was derailed amid the COVID-19 pandemic.

The move to Spruce Meadows will mark the first time the globetrotting striker has played for a North American side.

“I’m very excited about this new challenge and committed to working very hard and giving my best for the team. Cavalry FC has shown to be one of the top teams of Canada and I’m thankful to be able to be part of it," said Roskopf, in a Cavalry press release. "The whole idea of going to Canada makes me very happy because I’ve only heard good things about Canadians and their way of living. It is a beautiful country with plenty to see.”

Field brings considerable pedigree to the left side of the pitch as an established full back across the pond.

The 23-year-old developed at the academy of Brentford FC, who currently play in the English Championship one rung below the Premier League, and made his professional debut for the Bees in the 2016-17 season, making 17 appearances for the club.

“Tom is a great acquisition for us as even though he's still young, he has some exceptional professional experience at a very good level in England,” Wheeldon Jr. said. "The COVID-19 pandemic has disrupted many young players' progress and this move is a great opportunity for Tom to revitalize his career with our club in this exciting, growing league.

“He will bring quality (on) both sides of the ball and has a terrific left foot to give us a balance down our left.”

Since 2017, Field has played on loan for League One side Bradford City and in League Two with Cheltenham Town. He had signed to play in the Scottish Championship with Dundee FC, but never appeared for the club due to the cancellation amid the COVID-19 pandemic.

Field should help the Cavalry replace the quality minutes provided by English wing back Nathan Mavila who is also not returning to the Cavalry after being a fixture on the left side over the team's first two seasons in the CPL.

“I am so excited to join Cavalry FC and play alongside this group of talented players,” added Field, in a Cavalry press release. “I’m grateful to Tommy Wheeldon Jr. for providing me with the opportunity to play for this amazing club and I can’t wait to get started.”

For more information go to cavalryfootball.club