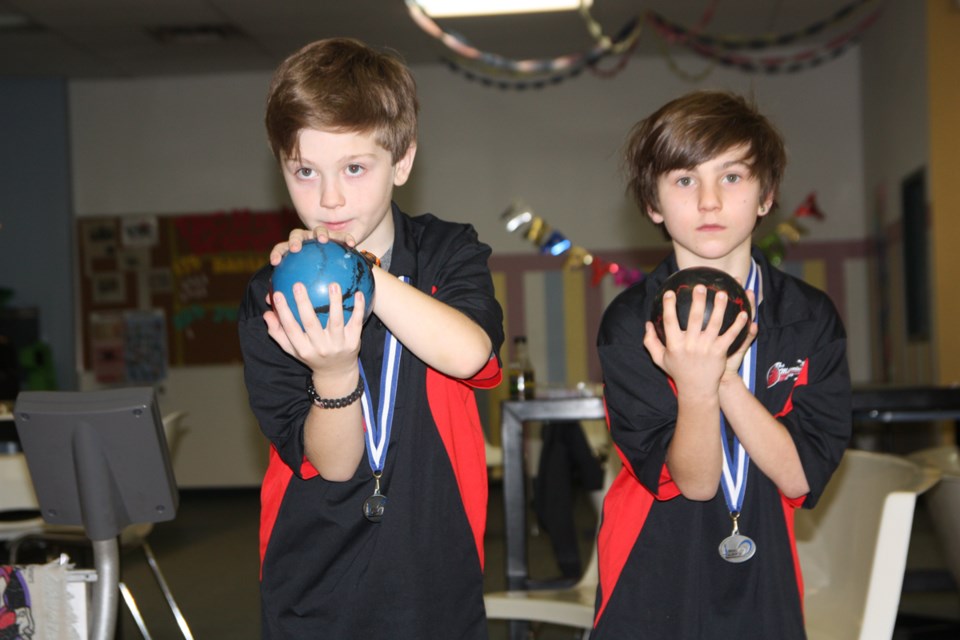 Adin MacDiarmid, Dustin Sobry and Mariah Delehay all won silver medals at the provincial rounds of the national championships in St. Albert and Edmonton on November.

The 10-year-old MacDiarmid was second in the scratch portion of the Bantam Boys division.

He went into the tournament with a 151 average. He would garner 970 points over the six-games to finish second – and earning him a spot in the three-person stepladder roll-off.

He started his first of the six games with a 143.

Staying positive was the key to hitting the strike zone.

“You do better when you are having fun,” he said. “I was confident.”

MacDiarmid’s six-game total of 970 placed him second, qualifying him for the stepladder final – that is the second and third place bowlers go head to head to see who will face the no. 1 bowler for the Alberta title.

MacDiarmid bowled his best game of the tournament with a 195 to down Ryan Eisenbart from Calgary in the semifinal.

The highlight of MacDiarmid’s semi victory was two strikes in a row followed by leaving just the corner pin.

He finished just behind Ian Holt in the final game.

Dustin Sobry, 10, was a surprised silver medallist in the points-over-average category for Bantam.

His average going into the tournament was 113 — he would finish with 136 points over his average over six games.

He started with a 144 in the opening game.

“That gave me some confidence to actually get a medal and possibly win,” the Westmount School student said of the opening game.

He had a 105 in his second game, but put that behind him.

“I just said to myself that I need to compensate for that and I did for the rest of my games,” Sobry said. “I never worried about it and that’s why I think I got a medal.”

He said he gets a lot of help from his dad, Darrell Sobry.

“He helps me every day — I come here on Saturday and he tells me what I need to improve on.”

He had some added incentive – he wanted to do well for his grandmother.

Dustin said his grandmother was ailing.

“That had some influence on me to win,” Dustin said. “She’s okay.”

The surprise came when he found out he won silver.

He was originally awarded the bronze, but a math error was corrected and Dustin was awarded the higher medal.

Dad also played a trick on his son as they were driving out to Manitoba.

“He started it off by saying: ‘Dustin, I’m sorry, but you didn’t get the bronze medal,’’’ Dustin said with a chuckle. “He waited about 10 seconds and said. ‘You got silver.’

“I was at first sad and as soon as he said I got silver, I was mad and happy as the exact same time.”

Millennium Lanes youth coach Kyle Honish said Mariah Delehay got over a tough first game to take the silver medal in the Junior girls points over average. She finished 147 points above her average over the six games.

“Her first game was a rough one at 115,” said Kyle Honish, a Millennium Lanes youth coach. “But Mariah is always very upbeat. Low scores don’t bother her, there’s always a smile on her face and just keeps going at it.”