The Bow Mark Oilers put on an impressive show at home before heading off to a showcase this weekend.
0
Nov 29, 2019 8:00 AM By: Bruce Campbell 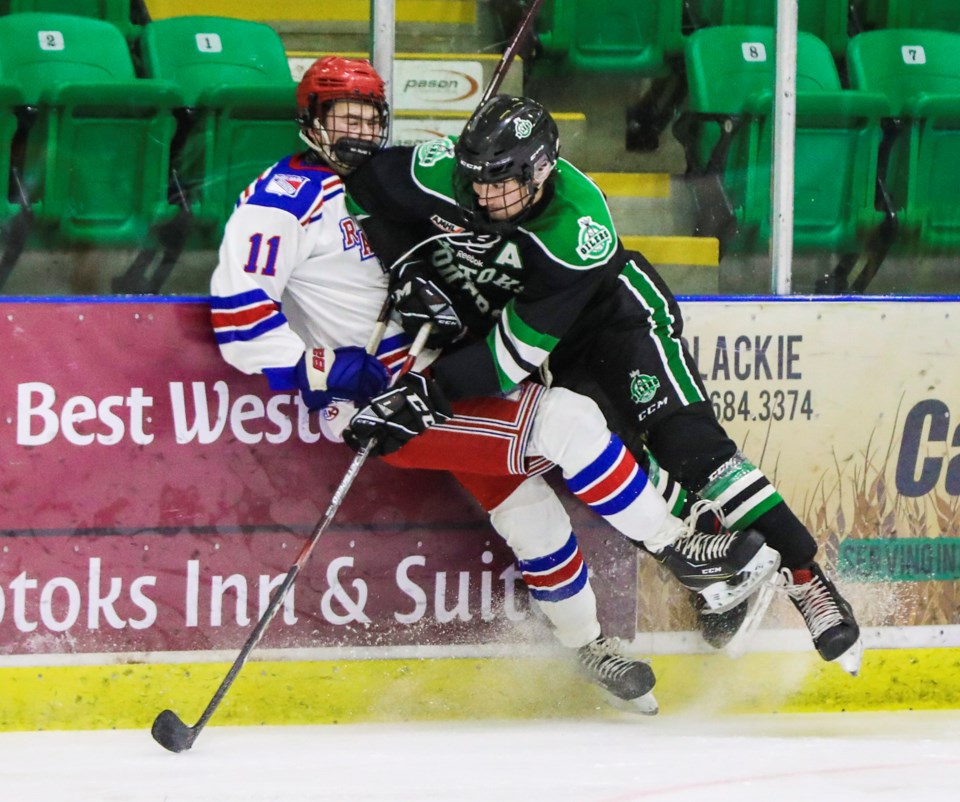 The Bow Mark Oilers put on an impressive show at home before heading off to a showcase this weekend.

The Oilers got past the Fort Saskatchewan Rangers 3-1 at the Pason Centennial Arena on Nov. 23 to improve their record to 12-3 and are second in the Chrysler of the Alberta AAA Midget League.

“We worked hard,” said Bow Mark head coach Ryan Barrett. “We got in some penalty trouble late, but we were able to stave them off to get a victory.”

The victory came against a formidable opponent in the Rangers. The Rangers  sit third in the Dodge Division of the league with a 7-5-3 record.

“They are a big club and they play a very good game, well coached,” Barrett said. “We’re proving that we can compete with a lot of teams in the league and now we have to stick with what we are doing.

“Make sure we don’t get too full of ourselves and get ready for the next game.”

The Oilers’ Ivan Chtchadov was ready for Fort Sask.

He had a pair of goals in the victory, including the game-winner and a nifty empty-netter to ice the game.

“He’s a workhorse,” Barrett said. “He works hard for the success that he has had.”

Mitchell Dudar picked up the win in net, stopping 35 shots.

The Oilers will now prepare for the Showcase weekend with a tough match against the Dodge Division first-place St. Albert Raiders on Nov. 30 in Red Deer

The Raiders have a record of 12-1-2 tops in the Dodge Division.

While the showcase will feature plenty of scouts, Barrett isn’t concerned about his players trying to show too much.

‘It’s a big weekend for the boys,” Barrett said.

The Oilers will close out the showcase against the Lloydminster Bobcats on Dec. 1 in Red Deer.