Okotoks town council is taking steps to try to find ways to bring more affordable housing to the community. Councillors approved a motion by Mayor Bill Robertson to create an ad hoc affordable housing committee on Nov. 27.
Dec 6, 2017 12:00 AM By: Krista Conrad 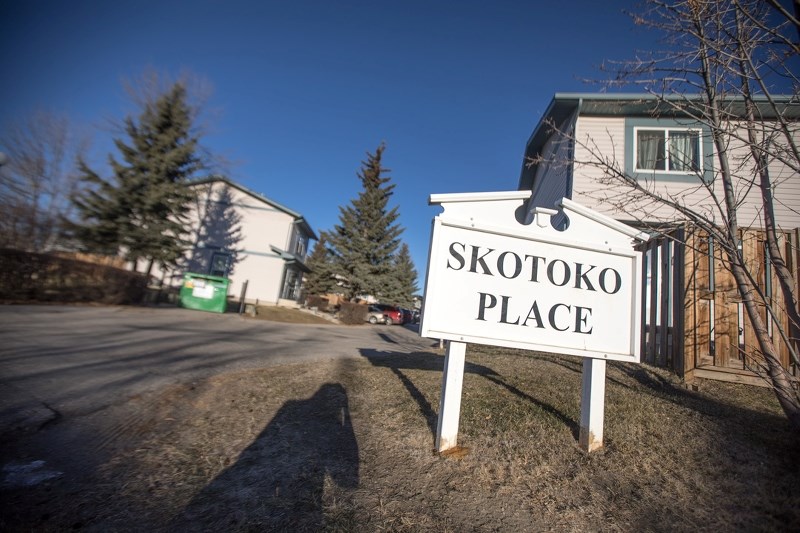 Okotoks town council is taking steps to try to find ways to bring more affordable housing to the community.

Councillors approved a motion by Mayor Bill Robertson to create an ad hoc affordable housing committee on Nov. 27. He said it’s an important Town issue and was one of his election promises this fall.

“The average cost of a home is somewhere around $450,00, which is pretty expensive for especially a young family trying to start out and purchase a house,” said Robertson.

He said this extends to those renting homes as well, because landlords are forced to charge more in rent when their mortgage payments are high.

Another part of the problem in Okotoks is a lack of housing diversity, said Robertson.

“We need more affordable housing units,” said Robertson. “It would be nice to have another Skotoko-type multiple-family housing unit where rent is based on one’s ability to pay, somewhat.”

Skotoko is a co-op housing development located in the Downey area of town.

Robertson said having more lower-cost housing, such as starter homes in a lower price range, would be ideal, in addition to multi-family dwellings or communities.

Part of the problem is the growth the town has seen over the past decade, he said.

“We’re victims of our own success,” said Robertson. “Okotoks is a desirable place to live, and because of that people want to come here and it’s driven the price of housing up.”

The affordable housing committee will begin meeting in 2018, after a terms of reference is approved by council early in the new year, said Robertson.

He said the committee will likely look into options under the federal government’s affordable housing plans to see whether funding might be available to get a program underway in Okotoks.

Committee members will be drawn from various demographics in the community.

“We certainly are going to look at various stakeholders across the community,” said Robertson. “Developers, some of the local agencies, perhaps church groups, people who have an interest in this issue.”

The committee is intended to be in place until the end of 2019, though council may choose to extend that timeline, he said.

Lauren Ingalls, CAO for Westwinds Communities, which manages social housing properties in town, said the affordable housing committee will be a positive thing for Okotoks.

“We need to find ways to include more affordable housing options for people in Okotoks, and striking this committee will be beneficial for the Town,” she said.