The Homestead project has officially had ratepayer funds removed from the table, after council passed second and third readings at the Sept. 9 meeting.
0
Sep 10, 2019 9:30 AM By: Megan Thrall 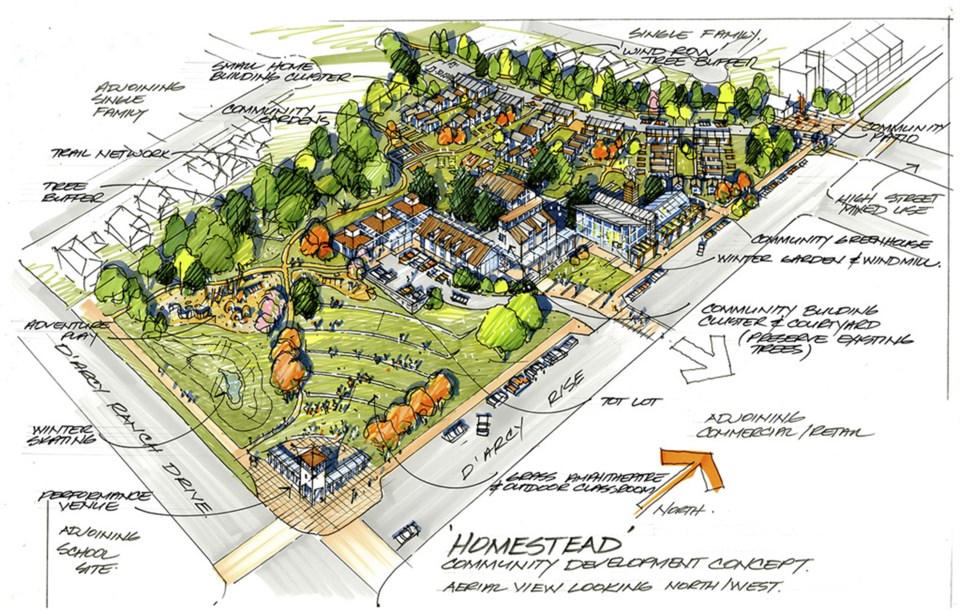 The Homestead Project Tiny Home Ecovillage Petition Bylaw came as a result of the Okotoks Ratepayers Community Group’s petition against the ratepayer funded portion of the project—a sum total of  $4.26 million: $3.34 million out of the capital reserve budget to service and grade the land, and $900,000 for administrative work.

The petition received 2,981 valid signatures, meeting the MGA’s requirement of the petition being signed by electors equal to 10 per cent of the population, or 2,900 for Okotoks.

“So to me, this is the end of this version, but I hope it’s a new opportunity for us to explore these topics that are near and dear to all of us.”

The second and third readings were legally required under the Municipal Government Act (MGA) within 30 days of the first reading, which was given at the Aug. 19 council meeting, in addition to a resolution that the Town would not hold a plebiscite.

Ryan Nix, petition representative for the ratepayers, said at the Aug. 19 meeting that the ORCG was not against affordable housing, tiny homes, or the “people that may live in those developments,” but that the issue came down to needs versus wants.

“What I personally heard talking to residents during the petition is the strong desire to have our local government focus on needs instead of wants,” he said. “The need in this case is for affordable housing, whereas the want is to have a showcase ecovillage.”

The Homestead project was planned to consist of 42 homes: 12 homes for purchase and 30 homes available for rent. Initial projections for the ecovillage presented to council on Feb. 11 showed the rental prices, including utilities, ranging from $760 to $1,150.

According to the report presented to council on Feb. 11, five of the units would have been customized for accessible-renters, and 15 per cent of the total rentals would be dedicated to indigenous residents.

After the ORCG came forward with their concerns at the June 24 meeting, the Town released a response in an effort to provide clarity on some “misunderstandings.”

The Town had attempted to put controls into the land lease agreement with Realize Communities to ensure a return on investment to the taxpayers prior to the petition’s submission, such as a 50 per cent repayment of the initial investment, interest payments for the remaining 50 per cent, and lease fees equivalent to property taxes.

Coun. Matt Rockley told the Wheel in July that he didn’t see affordable housing as a “one-size-fits-all” model, and that the Homestead project was considered revenue positive.

“The Town is moving forward with other affordable housing initiatives, such as the partnership with Westwinds and Rowan House on a more multi-unit type residential building,” he said. “But this is an additional way that the municipality can help to make gains of the area of affordable housing and provide a better variety of the housing types available to people.”