Town bracing itself for budget cuts 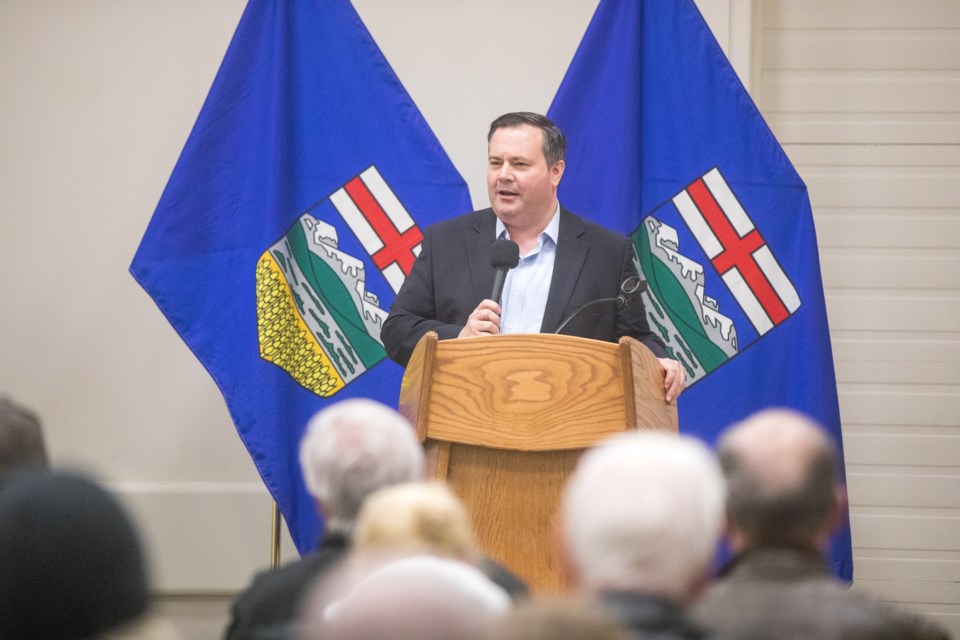 Jason Kenney during his Foothills tour in 2016. Kenney has told municipalities to expect budget cuts in 2020. (Wheel File Photo)

Premier Jason Kenney has two main messages for municipalities going into 2020: expect budget cuts and partnership with the Province.

Kenney gave the keynote address at the annual Alberta Urban Municipalities Association on Sept. 27, telling municipal leaders there will likely be funding cuts in the upcoming budget.

He said fiscal restraint will be necessary moving into the future, but he intends to work with municipalities to get Alberta back on track.

“We all need to be growing in the same direction towards prosperity and a strong future for Alberta,” he said in his speech.

He said there are three key areas the Province and municipalities need to work together: rejuvenating the economy, getting Alberta’s finances in order, and standing up for Alberta on the federal stage.

It’s not secret the province has been in a state of economic decline for upwards of five years, he said.

“The average family’s income after taxes is down six points lower than where it was in 2014,” said Kenney. “Our GDP per person has shrunk over the past five years.”

He said the government intends to implement a job creation strategy and work to attract business and investment back to Alberta.

In order to make economic development more streamlined, he said the Province is ready to reduce red tape for municipalities, so long as those efforts are paid forward.

“We offer this streamlining on one condition – that you do everything in your power to pass on those regulatory savings to your citizens, especially your job-creators, by reducing the red tape burden on your job creators,” said Kenney. “This is a huge challenge and we all have to be part of the solution.”

As for budget cuts, he said it just makes good financial sense to work harder at operating more efficiently before reaching into the pockets of Albertans.

However, he said, the spending restraint won’t see harsh cuts in every sector.

Okotoks Mayor Bill Robertson said he supports provincial spending restraints, even through it will mean cuts to things like the Municipal Sustainability and Initiative (MSI) grants, which the Town has relied on in the past.

“We use those grants,” said Robertson. “The MSI grants helped pay for, for example, the field house. We were able to open that debt-free, so we don’t have debenture payments.

“Every year we get this money. It’s expected there’s going to be a percentage cut on that, but the message given at the mid-sized mayors caucus was that the pain is coming.”

He said losing or reducing MSI funding will force town council to reconsider which capital projects can be put off for a number of years.

Coun. Tanya Thorn said she appreciated hearing Kenney refer to municipalities as provincial partners. The majority of jobs and infrastructure in Alberta are within municipalities, so it makes sense for the Province to be onside with its communities.

However, she said the proof will be in the pudding.

“We need to see some of that come through,” said Thorn. “They’ve made some movement already in terms of reducing red tape in grants, so there’s definitely some indication there that we’re making a move towards that partnership.”

As far as cuts, she said nobody can predict what will come out of the provincial budget.

Whether there are cuts or not, she said there is room within town budgets to accommodate them.

“One big thing that a lot of people probably don’t understand is every municipality probably does have abilities to improve efficiencies, spend more effectively,” said Thorn. “I think that exists whether you’re a private household, a business or a municipality.”

It will take its toll on budget discussions at the municipal level though, she said. Municipal governments are not able to run a deficit budget so any cut from the Province will be felt at ground level.

The most important thing moving forward will be to develop a model of long-term, sustainable funding, she said. It’s something Kenney promised municipalities they’d see in the near future.

“That’s going to be the biggest evidence of whether we’re partners or not, is whether this government comes forward with a long-term, sustainable, predictable funding formula that allows municipalities to plan ahead,” said Thorn. “That will be the big key.”