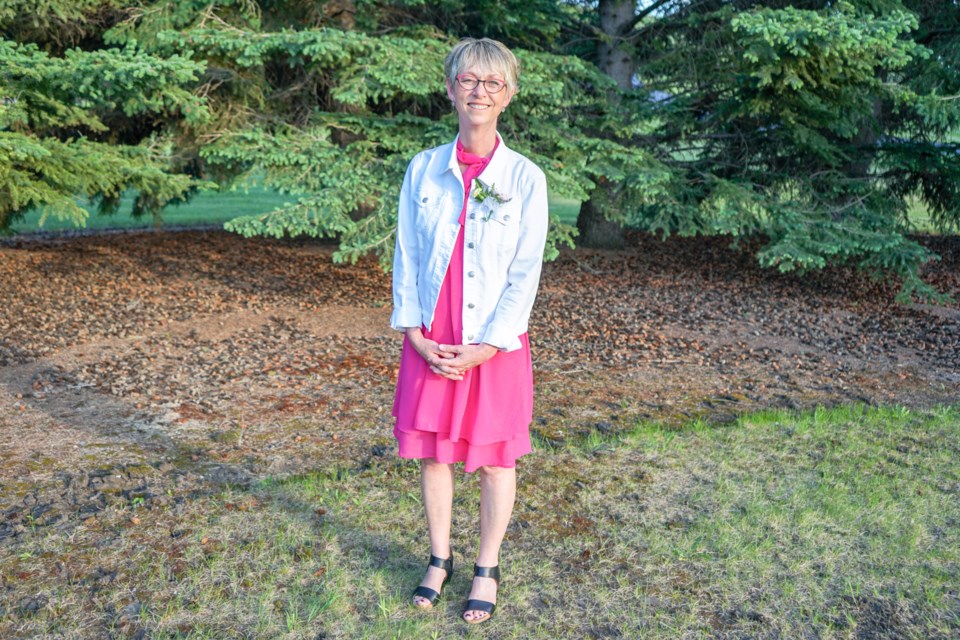 Sherry Agasoster-Jones is retiring after 37 years with Foothills School Division, the last 10 as principal at C. Ian McLaren School in Black Diamond.

So much for 13 being an unlucky number.

Sherry Agasoster-Jones was clearing out her office in late June as she heads for retirement after 13 successful years at C. Ian McLaren School in Black Diamond.

“I’m cleaning up cupboards, my office, 13 years of accumulating stuff,” said Agasoster-Jones who has been with Foothills School Division for her entire 37 years in education. “I am just ready to retire now and move on to another phase of my life. I’ve got one granddaughter, three (grandchildren) on the way.

"It is time to have someone else takeover.”

She came to C I. McLaren School as a vice-principal under the direction of former principal Garry Tink. She moved up to the principal’s chair three years later.

Plenty has changed in those 13 years – she helped tear down walls at the school.

“It was a K-8 school when I arrived as vice-principal, now it’s a K-6 school,” Agasoster-Jones said. “We had the demolition of the east side of the school just as I became principal.”

The school and Black Diamond has grown with Agasoster-Jones.

The students’ achievements have grown with it.

“We have really focused in on reading and making sure that all kids can read,” Agasoster-Jones said. “It’s made a huge difference and our kids are just rocking it in their provincial results. Teachers have worked really hard. That was a bit of my vision. I am really, really proud of that…

“The students are leaving Grade 6 in a really good place.”

She credits the division for being an outstanding place to spend her career.

“The learning that takes place in Foothills, for the teachers and admin is on the cutting edge for what is happening in the province,” Agasoster-Jones said. “(The division) has high expectations for us in terms of learning and what we have to do, but they provide that support for you.

“I have always felt completely supported either as a teacher or an administrator that I can pick up that phone and be open and honest with the people I work for.”

Agasoster-Jones grew up in Calgary, graduating from Lord Beaverbrook High School in 1978. She moved to High River early in her teaching career and still calls it home.

She established roots in the Foothills, which have reached high school baseball diamonds in Okotoks.

Her son Kevin Jones, a Highwood High School grad, is a science teacher at Foothills Composite High School and the coach of the school’s baseball team.

Stacey Swanson, the former vice-principal at K to Grade 9 Westmount School in Okotoks, is the new principal at C. I. McLaren School.

“We have been working hard together for a smooth transition,” Agasoster-Jones said. “I think she will be great.”