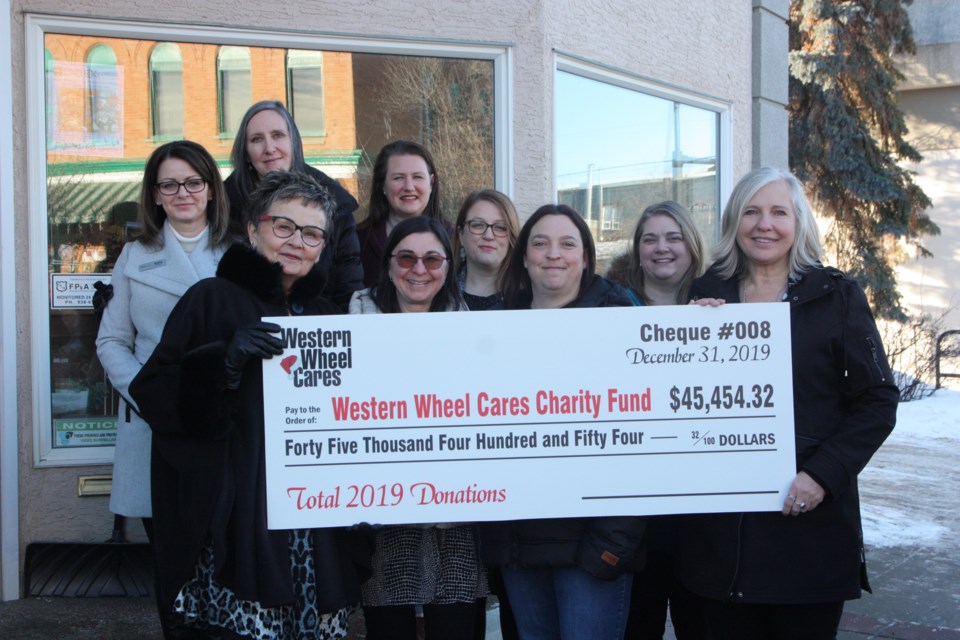 Western Wheel readers have helped Foothills residents stomach whatever is coming their way in the future.

The Sheep River Health Trust Foundation will use its share of the 2020 Western Wheel Cares campaign to make the final payment on a portable ultrasound at the Okotoks Urgent Care centre.

“It’s a $56,000 project and the Wheel Cares portion is 10 per cent — and it actually completes the funding for our project,” said health trust executive director Andrea Mitchell.

The funds are raised through contributions made by Western Wheel readers and the community. The Western Wheel administers the donations.

“We’re certainly happy with how it turned out,” said Wheel Cares co-ordinator Gayle Wolf. “The last couple of weeks before Christmas, almost half the donations come in during those two weeks.

“It’s a lot of work, but it is definitely worth it.”

One of the donations came from Kathie Grant who donated her portion of winning the Wheel Cares 50/50 during Light Up Okotoks.

The ultrasound — which was requested by urgent care doctors — has been on site for training in December, and now is being used on patients.

“Previously if you had gone to urgent care for abdominal pain, kidney stone pain, were pregnant and bleeding and required an ultrasound, either they would have to put you in an ambulance and move you to Calgary or you would have to wait for an ultrasound the next day,” Mitchell said. “So this means in our community patients get quick care and a diagnosis right there in urgent care.”

The Okotoks Food Bank will use its share to either pay rent for its upcoming new facility or to help transport food.

“Now that we have space, we will also have greater access to free food via Food Banks Alberta, and the Calgary Food Bank,” said Pamela McLean, Okotoks Food Bank executive director. “We need to have a van that can fit food on pallets.

“With such a nice sum of money, $5,600, I am tempted to earmark that to looking into the leasing or the purchase of a vehicle for the Okotoks Food Bank.”

The food bank is hoping to move into its new facility near the Mission Thrift Store in February.

For the Magic of Christmas Foothills, the funds it receives for Wheel Cares goes a long ways to buying the gifts that are given to those children who might otherwise go without or little else.

“These funds will go towards all of our gift cards for families, gifts that we have purchased for the upcoming year,” said the Magic of Christmas’ Jennifer Weisgerber.