Okotoks' Picnic at the Piano returns July 21 at lunch hour

The downtown plaza will once again be filled with the joyous sound of summer -- a talented musician tickling the ivory.
Jul 21, 2021 7:30 AM By: Okotoks Today Staff 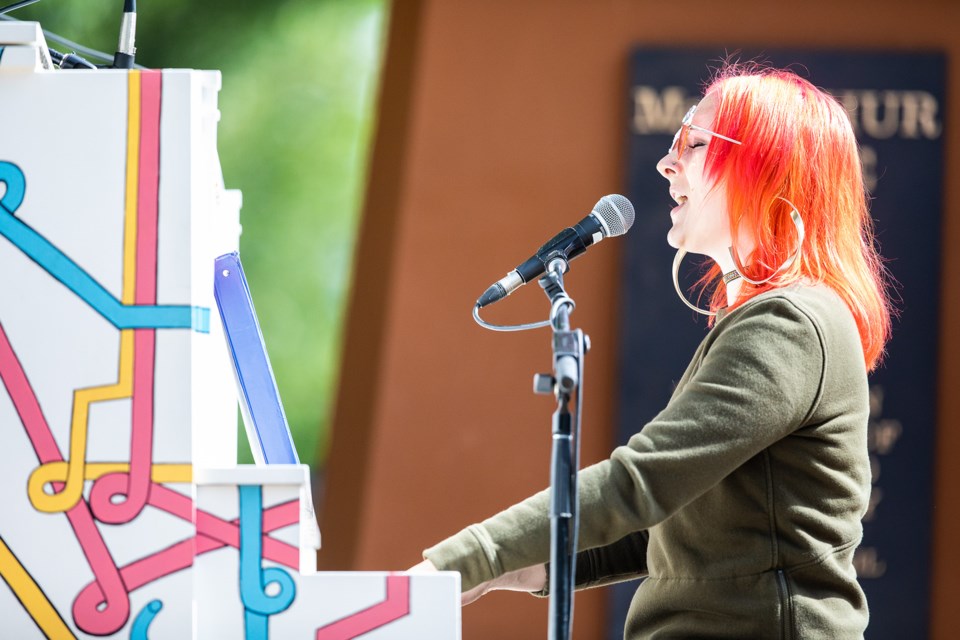 Picnic at the Piano returns to the downtown plaza on July 21 during the lunch hour. (BRENT CALVER/Western Wheel)

The downtown plaza will once again be filled with the joyous sound of summer -- a talented musician tickling the ivories.

The Town of Okotoks is bringing back Picnic at the Piano starting today July 21 during the lunch hour with Natasha Sayer as the first performer.

Returning favourite, Sayer has been playing, singing, writing and performing in and around Calgary for almost three decades as a member of harmony-driven Magnolia Buckskin and eclectic indie-pop group, The Fragments.

Sayer (formerly Platt) released an award-nominated children’s album called Big Bad Bantam Rooster ’in 2009 and her solo album, Notes to Self in 2015.

The Town invites everyone to enjoy this free, outdoor, family-friendly concert at the downtown plaza. Bring a blanket and a picnic lunch or participate in Taste of Okotoks by ordering take-out okotoks.ca/taste.

In poor weather, the event will move to the Rotary Performing Arts Centre at 3 Elma Street.

The performance is brought to you by the Town of Okotoks Culture & Heritage with sponsorship from the Okotoks Arts Council.