Okotoks: Over half of survey respondents indicated unstable housing, pointing to a larger housing issue
0
Jul 11, 2019 3:45 PM By: Megan Thrall 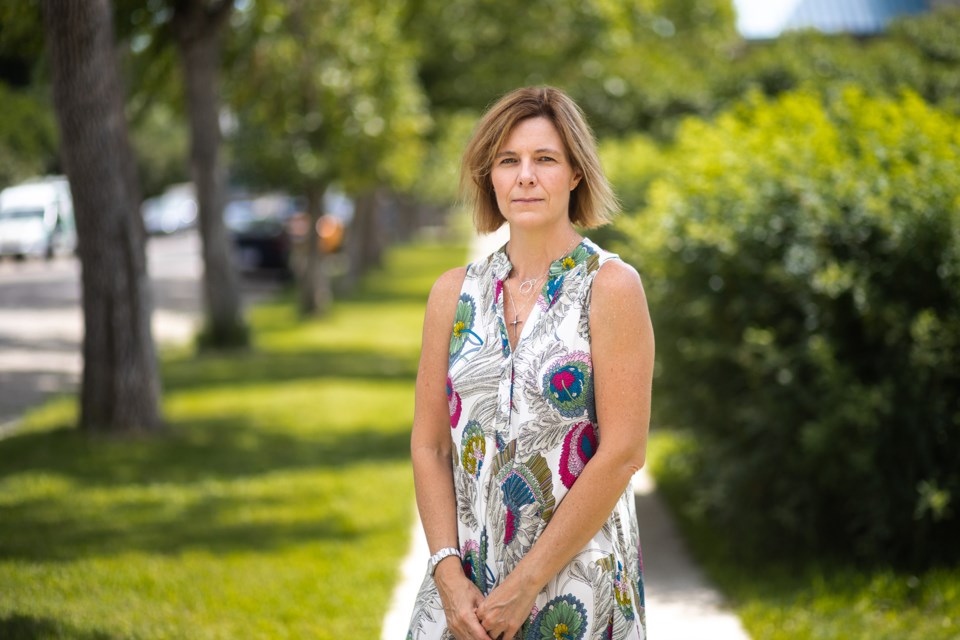 Okotoks town councillor Tanya Thorn asserted that the town's current inventory of single-family homes is out of line with and out of reach of a large portion of its population. Housing instability in Okotoks was found to be consistent with rural communities across Alberta, according to the Rural Homelessness Estimation Project. (BRENT CALVER/Western Wheel)

Over half of Okotoks respondents indicated unstable housing conditions, according to the 2018 Rural Homelessness Estimation Project (RHEP) final community report released in June.

In partnership with the Family and Community Support Services Association of Alberta (FCSSAA), the Alberta Rural Development Network (ARDN) ran the co-ordinated effort to quantitatively estimate homelessness outside the seven major cities across the province.

Of the 124 respondents that completed the survey in Okotoks, 72 (or 58 per cent) answered either “yes” or “unsure”  when asked if they felt their housing was unstable or if they felt they could easily lose their housing. Primary reasons given for the housing-unstable responses were low income, job loss, and unable to pay rent or mortgage.

"What most people typically equate with being ‘homelessness’ we don’t see in Okotoks, we don’t typically see people sleeping on park benches,” said Coun. Tanya Thorn. “But we do have a homelessness issue in our community that goes unseen. They’re couch-surfing, or in extremely unstable housing, down that path.

“I think there is a piece of our population that sits in that segment, and I think that the results out of this study show that.”

Funded in part by the federal government’s Canada’s Homelessness Partnering Strategy, RHEP facilitated data collection in 20 communities across rural Alberta in fall 2018 through connecting with support service providers that offered the online and paper surveys to their clientele.

Okotoks Family and Community Support Services and other community partners facilitated the survey in the community.

The largest age demographic for the unstable housing respondents was 45-64 years old, with the average age of respondents being 48 years old. 70.8 per cent of respondents that indicated housing instability were women.

When asked about the Okotoks results, Thorn said it pointed to an issue larger than the community.

With those factors, Thorn said it was safe to say that people had housing challenges in some manner or another, whether it was housing instability, standard of living challenges, or having to choose what to pay for each month.

“As a community, I think it’s one of the reasons housing has been, and is, a strategic priority for council, in that we need to diversify the housing products in our community,” she said.

The Town of Okotoks’ focus has been on diversity of housing, rather than affordability, in efforts to address the housing situation.

In this effort, the Affordable Housing Task Force (AHTF) updated the affordable housing definition in June to match provincial and federal definitions, which stipulates that “affordable housing” is any adequate shelter that costs less than 30 per cent of a household’s annual before-tax income.

Shaun Rose, chair of the AHTF, said the task force was concerned with the full spectrum of housing diversity rather than social housing, a term that is commonly associated with the broader term “affordable housing.”

“Okotoks is very significantly single-family homes,” said Thorn. “That is our primary product line here and that, at this moment in time in our community, isn’t really attainable or meeting the needs for a big portion of our population in terms of access to affordable housing.”

A wider diversification of housing products—such as one-bedroom apartments, town homes, and secondary suites—would address housing in different areas of need, she said. She called housing the “baseline of supports” for residents.

“If you don’t know where you’re going to live from day-to-day or what your shelter looks like, it makes it really hard to focus on any other challenges that you may be facing as a family or person, whatever that might be” she said. “It’s a basic need.”

The report was limited by a narrow reach of respondents, the stigma surrounding “homelessness,” and the relativity of the term “housing instability.” These factors, according to the report, means that many individuals that meet the defined criteria may not self-identify under either term.

“What has been made clear from the study is that rural and remote housing instability and homelessness exists in all 20 rural communities that were investigated, a finding that supports previous qualitative research indicating that it is widespread across Alberta,” reads the report.