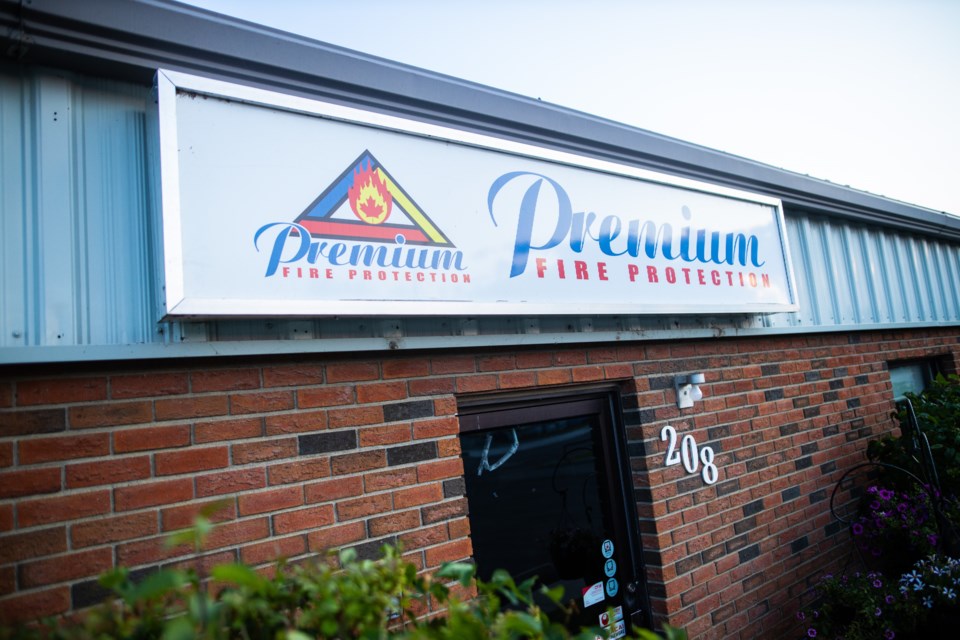 The Premium Fire Protection in Okotoks which is up on several violations has been hired to replace the sprinkler system at the recreation centre. (Wheel file photo)

Three weeks away from the trial of Okotoks fire protection company, Premium Fire Protection, the Town of Okotoks has hired the company to replace a sprinkler system at the recreation centre.

In 2019 the City of Calgary laid 60 charges under the Safety Code Act against Premium Fire Protection, owner Kurt Bertrand, of High River, 10 employees and 15 Calgary businesses that used the company to check its sprinkler systems. Twenty-four of the charges are laid against Bertrand. The charges against Premium Fire allege the company was using workers to perform duties they were not certified for.

Premium Fire Protection did, and continues to, work in Okotoks. However, the investigation into the alleged misconduct of the company was only pursued in Calgary.

Bertrand’s defence lawyer made an application to have charges against him dropped due to the wording. On March 26, Judge Allan Fradsham ruled that the charges against Bertrand will stand. In the charges, Bertrand and the company were both named as contractors, but Fradsham ruled that nothing within the Safety Codes Act prevents two parties being named as contractors.

“There is an assumption in this country that there is a presumption of innocence until proven guilty,” Vincent said. “They have not been proven guilty, but that doesn’t mean the town doesn’t view it as a risk.”

The Town put clauses in the contract with Premium to prevent the alleged behaviour outlined in the charges, Vincent explained.

“We have a list of employees that can be utilized on the site and we have verified those employees have the proper certification,” she said.

As well Premium Fire workers will have to sign an attestation when they arrive at the work site that they are certified to do the work they are performing. The Town has also increased its monitoring of the site and work to ensure properly certified workers are doing the installation.

Premium Fire Protection owner, Kurt Bertrand, said in a written statement that there should be no concern over his company replacing the sprinkler at the Okotoks Recreation Centre.

“The Town of Okotoks has hired a very professional company to replace the rec centre fire sprinkler system and has done their due diligence for that,” Bertrand wrote. “Their procurement group knows of our situation and is very assured that we will do a outstanding job for them and the City of Okotoks.”

Vincent said the contract was signed by both parties three weeks ago and the work will begin in May. She said the outcome of the trial against Premium Fire Protection later this month will not affect the recreation centre sprinkler replacement.

“That risk was considered and a risk mitigation strategy is in place,” she said.

The Town uses a transparent, open competition process to ascertain bids on its contracts, Vincent added.

Nine other companies bid on the contract. Town administration, not Town council, makes the decision on awarding contracts, said Vincent.