Council chose to honour the intent of the petition against the tiny home project, with second and third readings of the bylaw to come at the Sept. 9 council meeting.
0
Aug 19, 2019 10:06 PM By: Megan Thrall 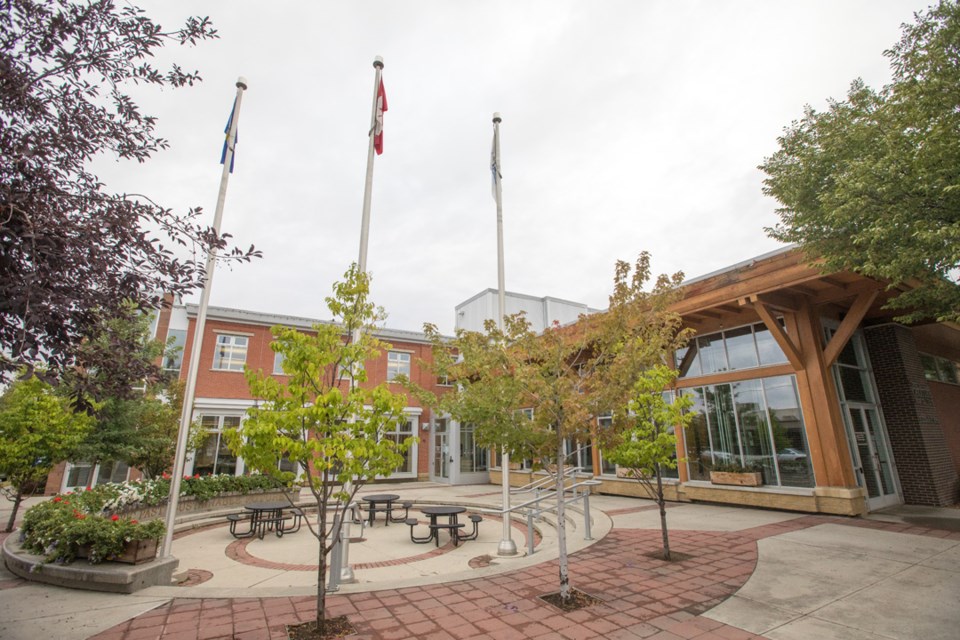 Okotoks town council voted against the option for a plebiscite on the Homestead tiny home ecovillage project on Aug. 19. (Wheel File Photo)

Okotoks Town Council voted on Aug. 19 to honour the intent of the Okotoks Ratepayers Community Group’s Tiny Homes petition, but closed the door on a plebiscite.

The vote came after first reading was given to the Homestead Project Tiny Home Ecovillage Petition Bylaw as per the process outlined in the Municipal Government Act (MGA), which requires first reading be given within 30 days of a petition being deemed sufficient.

Coun. Tanya Thorn moved the motion to eliminate the option for a plebiscite after first reading to provide the community clarity on council’s position.

“We’ve been discussing tiny homes in magnitude since the end of April and I think it has created an uncertainty in our community, it’s created a conversation that we need to move forward from,” said Thorn. “I believe by holding and waiting to determine whether we are going to go to plebiscite doesn’t give our community that decision that we have heard them and we are willing to go back and (look at this again).”

Thorn said the decision to remove the plebiscite as an option would allow council to move forward from the petition to a new focus and plan on how council might want to do affordable housing and ecovillages in the future.

The motion was passed 5-2, with Mayor Bill Robertson and Coun. Ed Sands voting against.

Sands earlier stated he might vote against the motion not because he wanted a plebiscite but because he was concerned what the intermediate vote meant for the bylaw process.

Second and third readings will be brought forward at the Sept. 9 regular council meeting, with the expectation of passing now that the plebiscite option has been removed.

The tiny home petition was deemed sufficient by town administration on Aug. 15, with a total of 2,981 valid signatures of the required 2,900, satisfying the MGA requirement for petitions to be signed by electors of the municipality equal to 10 per cent of the population.

Council had heard delegations prior to the votes from both community members for and against the tiny home project.

David Clark spoke in favour of the tiny home project and urged council to move forward with the plebiscite, saying he was “very disappointed” with his fellow residents behind the petition.

He said he didn’t see the issue as a matter of two side of a coin, and could not understand why anyone would have signed the petition.

“The facts are, since I’ve been here 18 years ago, rental housing for people that don’t have lots of money has been essentially zero and hasn’t moved, not for 18 years,” he said. “Free enterprise had all of that time to actually help solve the problem…

Clark said that he didn’t “love the project at all,” but fully supported housing diversity and low-income housing.

He said the project wouldn’t suit everyone, but shouldn’t have to as it would be the “tip of the iceberg,” arguing that municipalities have to cater to the whole community and that no initiative would serve more than 50 per cent of a community.

Ryan Nix, petition representative for the ratepayers group, said there was a “misinterpretation” of the group’s goals.

He reaffirmed the group’s position of not being against affordable housing, tiny homes, or the “people that may live in those developments,” but that it came down to needs versus wants.

“What I personally heard talking to residents during the petition is the strong desire to have our local government focus on needs instead of wants,” he said. “The need in this case is for affordable housing, whereas the want is to have a showcase ecovillage.”

Nix suggested that the Town zone land for the sole purpose of affordable housing to force developers to address the shortage, rather than the Town be involved in the developer role.

Mayor Bill Robertson commended the "democracy in action," and addressed the concept of needs versus wants. He said it was a difficult concept for council to actualize with every member of the community having different wants and needs.

“Council faces these decisions all the time as to what somebody considers to be ‘an absolutely must have that,’ and other people go ‘oh that’s nice, but this is absolutely far greater,’” he said. “… so council certainly looks at everything and we try to get it right most of the time. I don’t think anybody gets up in the morning and says ‘I’m going to try and waste taxpayer money by any means.’