The George, Cactus Club Salon & Spa taking on renovations while waiting out the second shutdown.
Jan 12, 2021 2:00 PM By: Krista Conrad 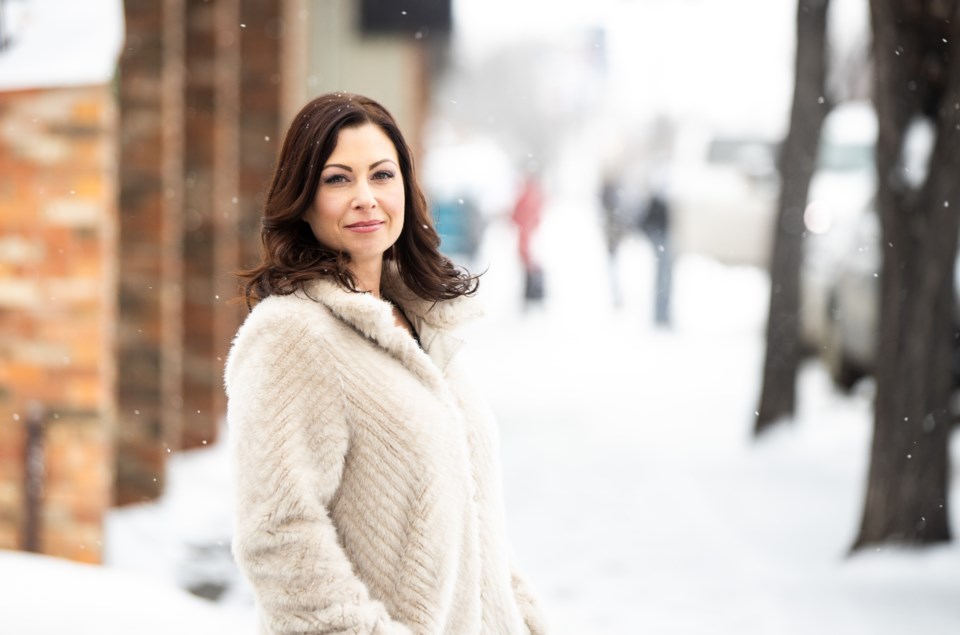 Mandy Best, owner of Cactus Club Salon & Spa, is doing renovations while shut down, but she said it's difficult with no income from her business. (BRENT CALVER/Western Wheel)

A second round of shutdowns has been difficult to swallow for some Okotoks businesses.

“I understand the safety and the measures are all in place for good reasons, but keeping that in mind it’s really beat the crap out of us,” said John Nicastro, owner of The George Traditional House. “It’s been devastating, to be honest.”

He said the bar was doing okay when it was given the green light to reopen in May 2020 with restrictions in place limiting capacity to 50 per cent and enhancing cleaning, but the announcement on Nov. 12 that prohibited people from going out with members of different households was a tough blow.

The Alberta government had also mandated drinking establishments close by 10 p.m., which Nicastro said wasn’t as hard to manage as the same-address rule. In a business like his, it’s more common to see people meeting up with friends or groups than going out as a family, he said.

“That really handcuffed us, that same household,” he said. “That’s when it all started going downhill.”

With those restrictions in place in-house service saw a decline and Nicastro signed up with Skip the Dishes to help with the take-out side of business, which boomed until the next announcement came on Dec. 9.

Those measures were set to be in place for four weeks and have since been extended until at least Jan. 21.

Given the success he’d seen in November with take away, Nicastro thought things might pick up.

“We got into this lockdown and it was quite the opposite,” he said. “I don’t know if it was just Christmas and now January and people are getting bills, but it was very different and just not as busy as it was.”

The business saw 75 to 90 per cent lost revenue as a result, despite government programs to help subsidize rent and wages. He said utilities at The George cost $3,000 per month alone, even while it’s closed.

While he understands the reasoning behind enhanced public safety measures, Nicastro said he’s worried a lot of businesses aren’t going to recover. For his part, it became financially unviable to be open for take-out only with limited orders.

The George closed its service effective Jan. 11 and Nicastro is now deep cleaning the restaurant and working on some minor renovations and repairs as he waits out the shutdown. It was a difficult decision to make, he said.

“We’re doing everything we can to stay open because we love Okotoks, I love my bar,” said Nicastro. “I was sitting here when I came in today, and I thought, ‘What would I do to just hear people joking, laughing, talking?’”

Mandy Best, owner of Cactus Club Salon & Spa, took a similar turn during the shutdown and is currently renovating her space to add two new treatment rooms, something that would normally be hard to do with a business open seven days per week.

“The only opportunity to get anything done like this is while we’re closed, but with no income coming in it’s a hard choice,” said Best.

Cactus Club includes a hair salon as well as spa treatment services, all of which have been suspended due to government regulations.

Its massage therapists can take clients, but only if they come with a referral note from a doctor.

“It sort of put me in a difficult situation because we don’t have a doctor on-site,” said Best. “So I made the decision to keep massage closed until I could figure out a way to make it easy for my clients to book appointments.”

She formed a partnership with Thrive Family Chiropractic in Okotoks, where Dr. Jason Baietto and Dr. Jamie Baietto have agreed to consult Cactus Club clients for free to provide letters for treatment.

The arrangement was finalized in the first week of January, and clients were notified massage therapy would be reopening Jan. 13, said Best. Some patients are choosing to wait until restrictions are lifted before booking appointments.

“I’m a bit frustrated, it’s just one extra step for clients to have to do in order to receive a therapeutic treatment that is just as important as chiropractic or physiotherapy,” said Best.

With massage therapy coming back online this week, Best decided to also reopen the retail store Jan. 13. She had kept the store open until Christmas to accommodate shoppers and formulate colour kits for salon customers who requested them before taking a break.

Now, Best is waiting to hear what kind of supports she can expect from the government. There hasn’t been any official announcement of wage subsidy and whether it will be offered in claim period 11 as it was in claim period 10, which ran from Nov. 22 to Dec. 19, she said.

She had been able to pay her 26 staff out of the government’s program for the last week of period 10.

“I’m honestly just taking a gamble, paying my staff out of my own pocket and just hoping that wage subsidy will reimburse those wages so they don’t have to go back on EI,” said Best.

She hopes restrictions on the salon and spa services will be lifted with the next announcement.

“I’m cautiously optimistic that people will stay home and follow the guidelines so we can get back up and running again,” said Best.