Mentorship program a win-win for matches 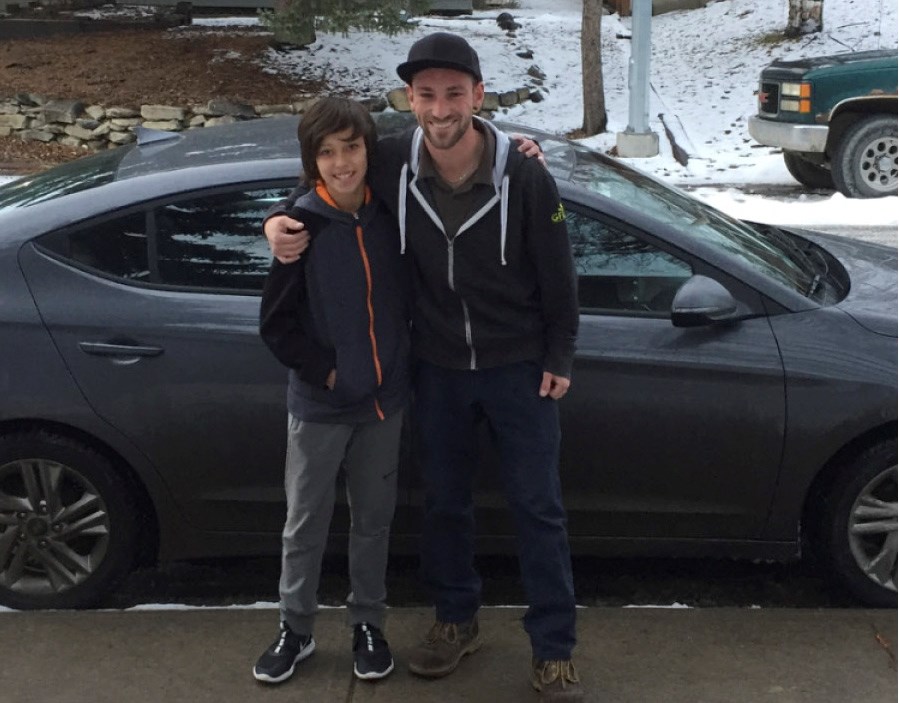 Two Okotoks brothers have had their lives changed for the better this year.

Courtland and Connor Horan have both been benefactors of the community mentorship program offered by Big Brothers Big Sisters of Calgary and Area, one of eight charities part of the Western Wheel Cares campaign.

“At first, it was just like anything, a little awkward, you don’t know, this is my first time actually working with youth,” said mentor Josh Vandal, the big to Connor’s little. “By the time we started getting out there bowling, sitting down and eating lunch it was like we knew each other for years.

“It’s been really rewarding and I feel like it’s the best win-win situation you can put yourself in.”

Vandal became a mentor shortly after moving to the area from Winnipeg just over a year ago. Work schedules freed up his time and it was time he wanted to put to good use. Vandal was matched with 11-year-old Connor in May.

Their activities range from shooting pool, going to the trampoline park to gaming to a number of other sports.

Vandal has seen Connor come out of his shell over the past six months.

“He was a very quiet and shy kid, but underneath it all once you get to know him he’s very active, very talkative and has great ideas,” Vandal said. “Hanging out with me, I’ve been trying to show him that it’s okay to be who you are, you don’t have to hide who you are, pretty much telling him that someone’s opinion doesn’t have to be your reality.

“I’m trying to give him a lot of positive reinforcement and slowly, but surely in the short seven months it’s been I’ve seen great changes. He’s confident going to school, he’s confident trying out for any kind of sports teams in school, talking with people and making more friends his age.”

Courtland, 13, has been matched with Ashley Clipperton since March.

“When we first started we were definitely both pretty shy,” Clipperton said. “That communication this past month, has really snowballed and gotten so much better. Just the trust part, I think has grown.

“Sometimes I think boy and girl, there is different comfort levels, but he tells me a lot over text message that sometimes wouldn’t be in person.”

When the big and little have got together it’s been a plethora of Foothills activities on the menu – from attending rodeos and Christmas markets to fires and barbecues to their favourite, going for a nice dinner.

“We’re lucky, Okotoks offers so many different activities and events for us to go to,” said Clipperton, who calls Turner Valley home. “There’s a lot of support in the community as well, which makes it a lot easier for finding things to do.”

Clipperton said she’s seen tremendous growth in both her and Courtland during their short time together and suggested people to get involved.
“It’s had definitely an eye-opening and very positive impact for me, even seeing how our relationship has grown,” she said. “I think (Courtland)’s confidence and trust in me and having someone that he can go to, where there’s things he’s not sure about he’ll ask me questions about that he’s maybe not comfortable asking his mom or his friends, he’ll look up to me to answer it or help guide him.

Clipperton, who also volunteers with the rodeo and chuckwagon and chariot committee in Millarville along with sitting on the International Right of Way Association board at work, said she was trying to find another avenue of being supportive in a more one-on-one setting.

“It’s always hard to find volunteers so I always try to encourage people to get involved,” Clipperton added. “It’s probably one of the best decisions I’ve made. Your personal growth, it’s just amazing how much you can impact for yourself, but also for these kids.

“A lot of these kids just need that extra person, a lot of them come from broken families or areas where they just don’t trust anybody.

“If people just took the opportunity and the chance on it they would be super happy.”

Big Brothers Big Sisters in Okotoks has two streams of programming, the one-to-one matches like the Horan brothers in the community-based mentoring as well as school-based mentoring at three Okotoks area schools: Westmount, Dr. Morris Gibson and Heritage Heights.

As part of the in school mentoring, Okotoks Jr. A Oilers players volunteer for the Game-On program which has the players hang out with youth in primarily group mentoring programming.

For 2019, there’s 127 children and youth served by BBBS in Okotoks, 19 of which are in the community programming.

There’s a waiting list of 13 youth seeking community mentorships, 12 of whom are male.

“Once they’re matched up with a youth we ask for two to five hours per week for a minimum of one year,” said Kristy Packwood, BBBS mentoring co-ordinator for Okotoks. “It’s a really flexible way for somebody to volunteer because it’s not a set time and place, they work it out with the young person and their family and can do a variety of activities.”

Donations of $10 or more will receive a 2019 official tax receipt at the end of the campaign.

For more information call the Western Wheel office Monday to Friday from 9 a.m. to 5 p.m. at 403-938-6397 or email Gayle Wolf at gwolf@okotoks.greatwest.ca

Survey suggests 40 per cent of Alberta doctors have considered leaving province
Jul 10, 2020 11:43 AM