Hometown Hockey is coming to Okotoks for a weekend packed full of hockey festivities and entertainment. In support of the festivities, on Monday Council passed a motion for the week of Feb. 18 through Feb. 24 2019 to be Rogers Hometown Hockey Week.
0
Feb 13, 2019 1:15 AM By: Megan Thrall 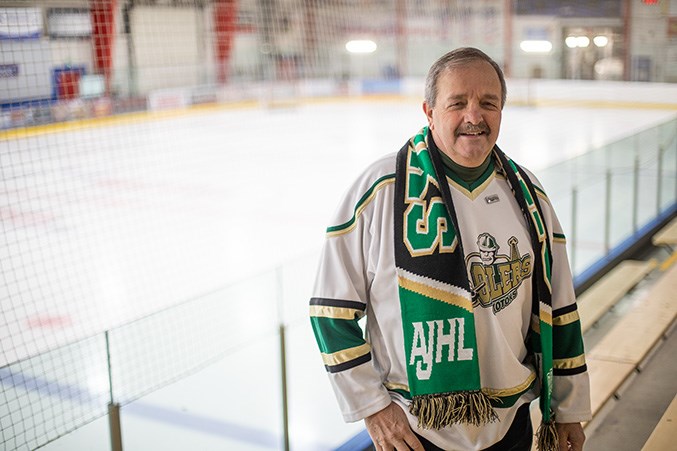 Hometown Hockey is coming to Okotoks for a weekend packed full of hockey festivities and entertainment.

In support of the festivities, on Monday Council passed a motion for the week of Feb. 18 through Feb. 24 2019 to be Rogers Hometown Hockey Week.

“I’m over the top,” said Mayor Bill Robertson. “When I first got the call saying, ‘Do you think Okotoks might be interested in this?’ I jumped right up. I think it’s going to be fantastic.”

The two-day festival begins at noon on Feb. 23 and will conclude Sunday evening, following an outdoor-viewing party of the Calgary Flames versus the Ottawa Senators.

For one student hockey player, the event presents a once-in-a-lifetime experience: being the special hockey analyst to determine the three stars for the Flames and Senators game on Feb. 24, on live broadcast with MacLean and Slone.

Robertson thinks the event will greatly benefit the town, though he is hoping the weather will warm up by then.

“First of all, I think we have a very sports-minded community, and because of that this will give extra exposure to our hockey programs in particular, but sports in general for the town,” he said. “It’s going to be a couple days of intense hockey action right downtown, and I guess we’ll see how warm it is.

“It’ll give national exposure to our community, Canada-wide because of course Sportsnet will broadcast this across Canada, and it’s great for the community.

“I think it’s going to be one more interesting festival, free festival that people can attend, and having more events like free festivals is good for the community. There’s economic benefits going to be realized, because of course a number of people in the region, perhaps South Calgary coming down to Okotoks to take part in the various activities and of course when people come in they’re buying gas, using our restaurants, grocery stores and so on.

“So the economic benefits are significant. And then of course there is $15,000 that is going to be donated by Scotiabank to the minor hockey associations, the girls and the boys hockey, and it’s going to be great.”

Entertainment for the event includes hockey legends Daryl Sutter, head coach of the Flames from 2002 to 2006, and Dana Murzyn who was a Calgary Flames 1989 Stanley Cup champion.

Live musical events include Alan Doyle, a performance by The Dudes, Mitch Belot Band performing on Feb. 23 followed by Renegade Station on Feb. 24. at the Olde Towne Plaza..

More obscure, but no less fantastic, entertainment comes in the form of the Hockey Circus Show, featuring Paz the incredible world-renowned hockey acrobat who will be juggling everything from pucks to flaming hockey sticks, while precariously balanced on top of a hockey net.

Paz has been part of the Cirque du Soleil talent pool since 2003, and has captivated artists on stage, screen and street, according to his Hockey Circus Show bio.

Festival attendees will also be treated to a complimentary slice of pizza fresh out of the oven, as well as complimentary hot chocolate or coffee from the Tim Hortons mobile truck.

For Robertson, the festival is an opportunity for the community to get together for a big party.

“I think the party festival atmosphere of Main Street in Okotoks [will be the best thing],” he said. “There’s going to be a ball hockey rink set up right on McRae Street, the games that will be played there, the march of all of the local amateur hockey teams, sort of an opening ceremony, is going to be interesting.

“It’s going to be really good.”