Plans to remove timber from the southern gateway to Kananaskis is raising concern among Foothills residents and recreational users. Balcaen Consolidated Contracting Ltd. is planning to begin logging near the Highwood Junction next year.
0
Apr 5, 2017 12:00 AM By: Krista Conrad 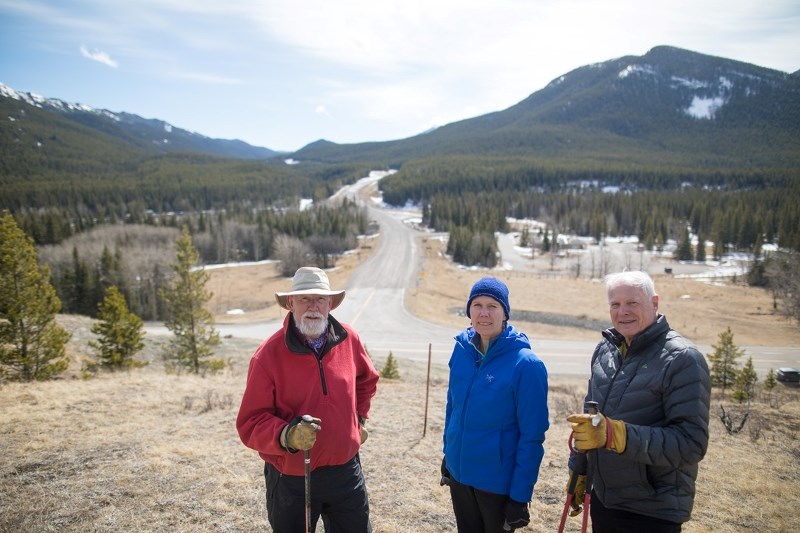 Neil Williams, left, Mady Thiel-Kopstein, and Richard Toews at the edge of Kananaskis Country on March 31, where a proposal for forestry clearcutting is underway.