Leader of Tomorrow standing on guard of others 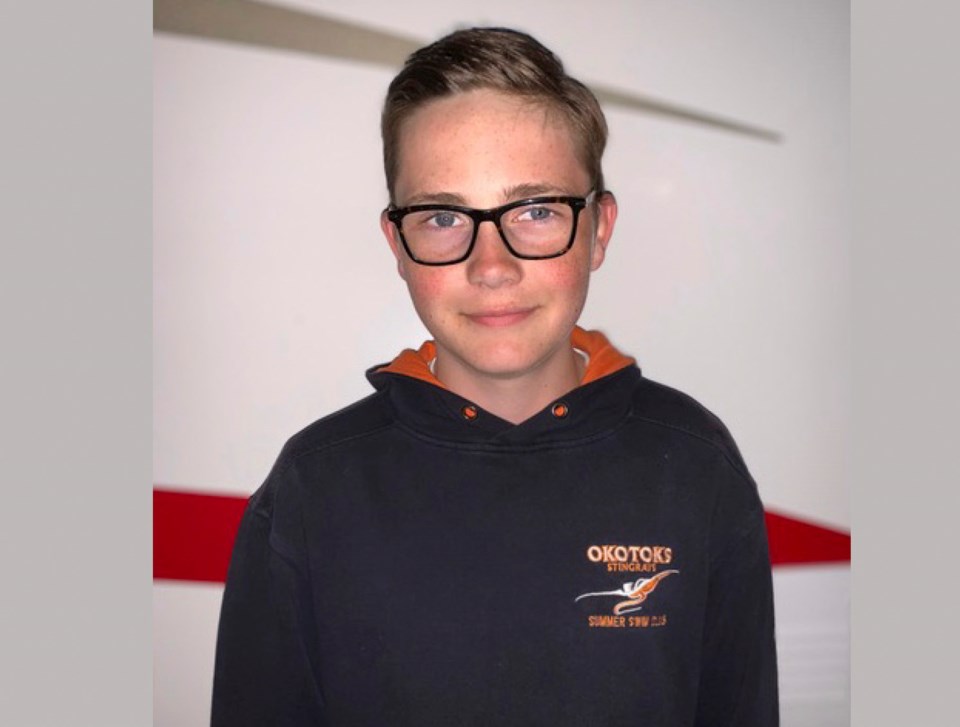 Looking out for others can sometimes bring about some just due recognition.

That’s the case for Noah Wiens, the Junior High recipient for the 2020 Leaders of Tomorrow Awards recognizing youth volunteerism and leadership in the community.

“It’s awesome. I was really surprised when I got it, but it was a good surprise,” said Wiens. “I didn’t know who nominated me at first so it was just kind of out there, but it’s really nice to be recognized for the work I put in.”

The 15-year-old was nominated for the award by Okotoks senior lifeguard Krista Fields who saw first-hand the youth’s contributions to the aquatics program.

“Noah has been a reliable volunteer with us on one of our busiest swims of the week,” Fields said. “He is dedicated, willing to learn and takes direction and feedback well.

“Noah is kind and patient, he gets along very well with the rest of the staff and volunteers.”

On a typical week at the rec centre, Wiens gets two shifts each with divergent assignments.

“Every Tuesday night for about two hours I go and help out with swim lessons mainly,” he said. “And then on Fridays I go in for another two hours and shadow-guard so that gives me experience on what it’s like to be a lifeguard.”

Experience also comes from much closer to home.

There’s a strong family background in both life-guarding and life-saving. Noah’s older bother Joey is a lifeguard, his sister Lucy is a member of the Okotoks Mavericks swim club while his father Kevin is a longtime Calgary Fire captain and mother Dana is a paramedic.

“(Kevin) was with the aquatic rescue team for like 20 years and he was a lifeguard before he did that,” said Dana Wiens, Noah’s mother. “So life-guarding was his everything before he got onto the fire department and he always encouraged the kids by first of all putting them in the summer swim club so they have some life skills.

“Our oldest (Joey) went on to do his instructional life-guarding last summer, because you have to be 16, so he started and got a job last summer and he volunteered a little before he did this. I think that’s what gave the idea that this would be good for Noah to try out.”

For Noah, the journey to aquatics started a couple years ago when he dipped his into the competitive swimming water with the Okotoks Stingrays Summer Swim Club.

“I did the summer Stingrays from 2017 to 2018 to work on my swimming skills, I really enjoyed it and met a lot of great people,” he said. “Then I took a bit of a gap year to focus on some other skills, hanging out with more friends and then after that I moved onto the Okotoks Sharks.”

The latter is a junior lifeguard club that has the young helpers pick up lifesaving skills in a competitive setting.

“Every week on Saturday we go to the pool and we train,” he said. “We carry dummies and we practise sometimes first-aid, we work on dummy throws.”

Wiens, who reached his bronze medallion certification prior to the COVID-19 pandemic shelving aquatics since March, plans to continue to improve his skills and follow in those family footsteps.

“I’ve really enjoyed it,” said Wiens. “It built a lot of self-confidence and it gave good qualifications. The staff were all really good and it’s also really good for meeting new people.”

The Western Wheel will continue to feature the Leaders of Tomorrow recipients throughout July with a feature on the high school recipients next week.