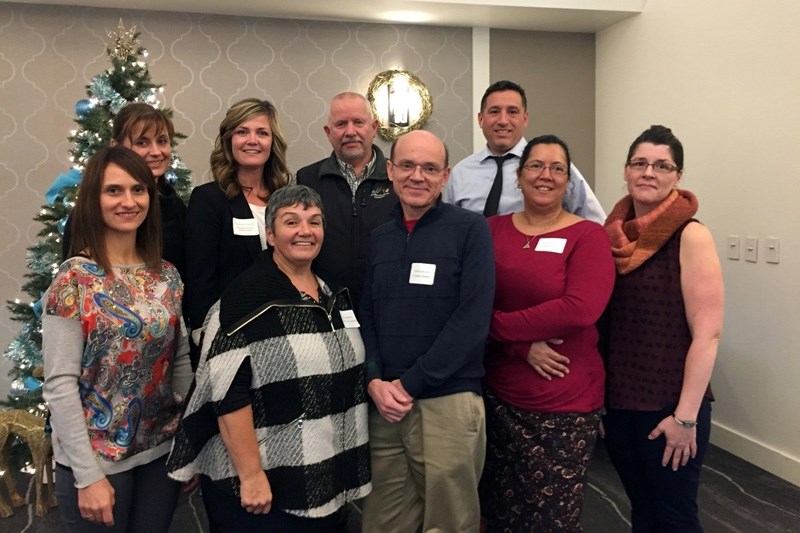 “PACE emerged from school councils in our district — conversation parents were having about their desire about Catholic education and their desire to be more involved as vocal advocates for Catholic education,” said Bonnie Annicchiarico, CTR Catholic associate superintendent. “As a result, we called some parents together in April and formed a membership.”

Another meeting is scheduled for Jan. 23 at Good Shepherd School in Okotoks. Annicchiarico said engaging parents means ensuring they are informed, thoughtful of why they chose Catholic education and why it is important to them. She said PACE is not in response to some who feel Catholic education should not be publicly funded or that separate and public-school boards should be amalgamated for cost-saving reasons.

However, parents need to be aware of those issues.

“It’s raising awareness that those conversations are taking place in other sectors of society — that there is pressure on Catholic schools as there typically has been over the years,” Annicchiarico said. “The climate in Alberta indicates that we need to be united and we need to be talking about what matters to us.

He called for the dissolution of Catholic school boards. The proposal would have Catholic-based education as an alternative within the public-school system.

He stated the benefits would save money for such things as busing and administration cost.

As recent as October, King wrote an open letter to Premier Rachel Notley asking for a referendum concerning amalgamation between public and separate school systems.

She added Catholic schools in Alberta are mandated to teach from a Catholic perspective — including clubs that celebrate student diversity.

“We continue to do that and to protect the right to do that,” she said. “We have safe and caring schools across the province, measured by Alberta Accountability Pillars, so we know that all children are loved, accepted and feel welcomed in that community.

All of the CTR Catholic clubs and programs follow Alberta Education guidelines.

The first meeting in Strathmore drew approximately 25 people. Annicchiarico is hoping close to 100 people will attend the session on Jan. 23 at Good Shepherd School, as Okotoks is CTR Catholic’s largest community

“It will be information and discussion,” Annicchiarico said. “I think the word engage is key — you come, you have conversation and you learn something. You leave more informed than when you came hopefully.”

CTR Catholic has schools in Okotoks, High River, Strathmore, Brooks, Canmore, Drumheller and Oyen. As well its Centre for Learning at Home is one of the largest online-home schooling programs in the province.

For more information about PACE go to facebook.com/CTRcatholic