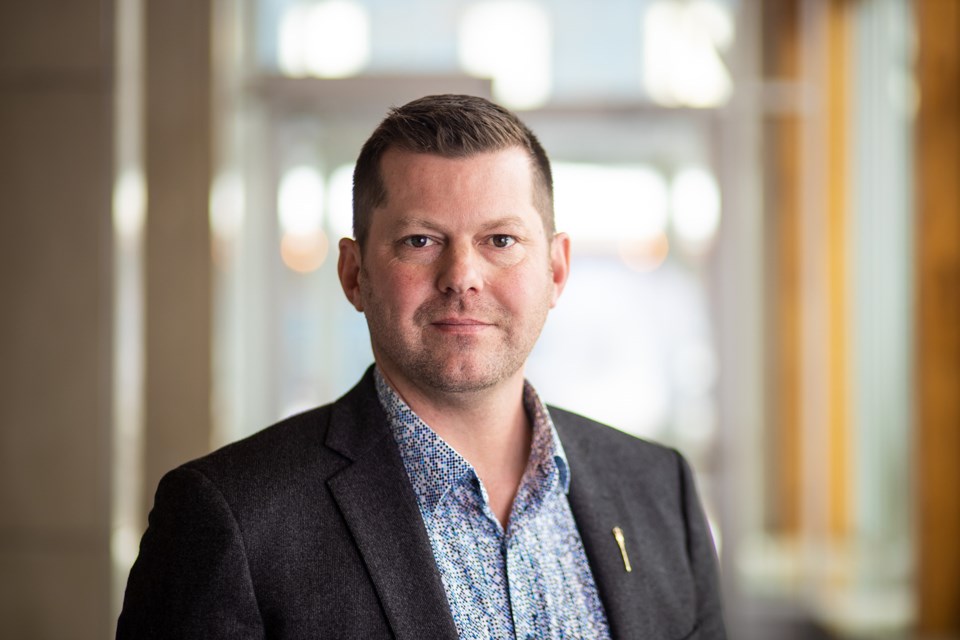 Highwood MLA RJ Sigurdson was one of 15 UCP MLA who signed a letter voicing their concerns about further COVID-19 restrictions announced by Jason Kenney on April 6. BRENT CALVER/Western Wheel)

Highwood MLA RJ Sigurdson’s name is attached to a letter opposed to Premier Jason Kenney's announcement on April 6 of a return to many Step 1 COVID-19 restrictions.

"We believe that yesterday’s announcement to move our province backwards, effectively abandoning the plans that Albertans had worked diligently over the past months to follow, is the wrong decision,” stated the April 7 letter that was signed by 15 UCP MLAs, including Sigurdson.

“We have heard from our constituents, and they want us to defend their livelihoods and freedoms as Albertans. For months we have raised these concerns at the highest levels of government and unfortunately, the approach of the government has remained the same.”

The letter was also signed by Roger Reid, the Livingstone-Macleod MLA and Banff-Kananaskis MLA Miranda Rosin, who represents parts of Foothills County.  A copy of the letter was posted on MLA Cypress-Medicine Hat Drew Barnes’ twitter site.

Sigurdson said the letter was written after listening to constituents over the past year.

"We are just hearing from our constituents and now we are trying to represent them in that manner," Sigurdson said in an interview on April 7. "Our path forward out of COVID is a conversation I have every day,  all day with constituents.

"Business owners, employees, non-profits, dance studios, art galleries... I can't even put a number to the amount of conversations over the past few months. There are many people who just don't have the path to generate income to support their families.

"The one thing Albertans need now is hope and a path forward and our businesses need a fighting chance to generate income so they support their families. I have been vocal for the last while that we have to continue to move forward."

Kenney announced a return to Step 1 restrictions which would include restaurants, bars, lounges and cafes to close to indoor service starting Friday at noon, but curbside pickup, takeout and patio dining are allowed.

Retail stores were lowered from 25 per cent customer capacity to 15 per cent starting April 7, and low-intensity group fitness activities will once again be banned.

Indoor social gatherings remain banned and outdoor get-togethers can have no more than 10 people.

Sigurdson admitted there are rising COVID number in Alberta.

"Ninety-three per cent of epidemiologists across the world said that this would be a seasonal event," Sigurdson said. "We would see flares that are very similar to the flu.

"There has to be a balance. I am doing my best to represent constituents, that is what I am elected to do and the majority of constituents are concerned about how it affects businesses. I personally feel we have to look at all of the impacts on the continued restrictions, mental health and how it affects our community as a whole.

"I don't deny COVID is a serious thing, but we have to take a look at all factors."

There were 109 active cases of COVID-19 in Okotoks on April 7 and 38 in Foothills County and 49 in High River. There were a total of 1,351 new cases identified in the province over the past 24 hours bringing the total of active cases in Alberta to 11,464, 43.2 per cent of which are variants of concern.

"I know some Albertans will disagree with the government’s decision today and that includes people in my own caucus and party,” Kenney said at the press conference on April 6. “I fully expect to hear some of those opinions in the coming days and I welcome that.

“I always welcome a wide-ranging debate on how best to rise to the challenges of the pandemic. I just ask that the debate be informed by facts.”

He added it is not surprising that Albertans elected MLAs who offer diverse opinions on how to handle the pandemic.

"This was a letter forwarded together with myself and other colleagues on this one topic about reversing or moving back to increased restrictions," Sigurdson said. "For me, this is about letting my constituents know that I am here, listening and trying to meet their concerns and needs."

He said debate is common in caucus.

The letter was signed:

With files from Canadian Press