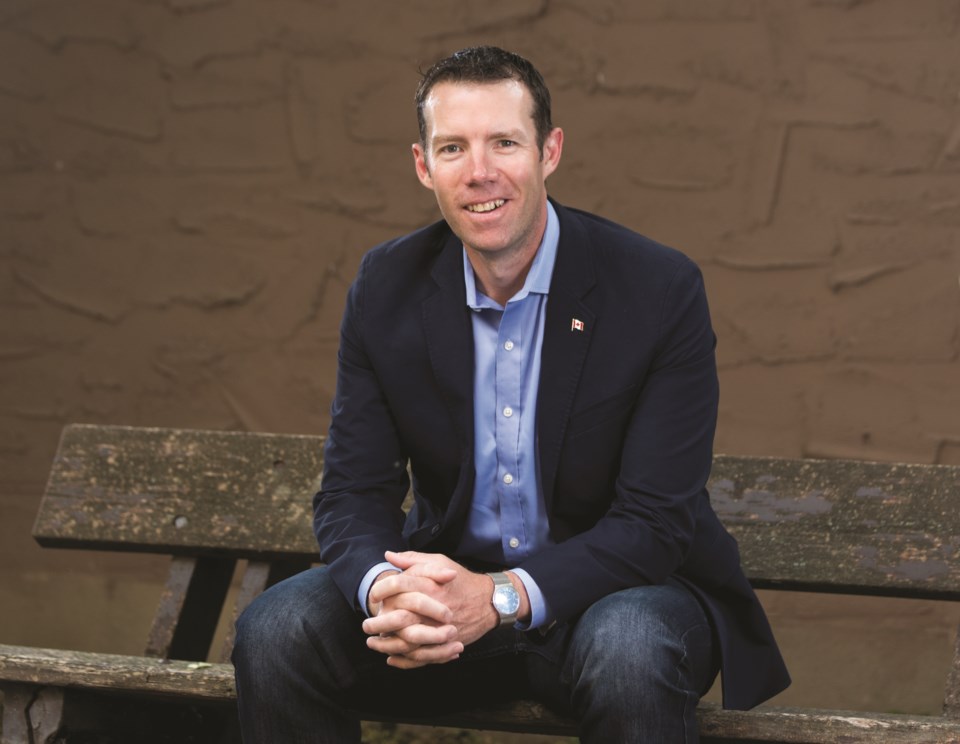 Foothills youth are invited to have their voices heard at the federal level through an advisory committee.

The Foothills Youth Advisory Committee is gearing up to foster conversations between young people ages 14 to 24 from across the Foothills riding and MP John Barlow. It all begins with a virtual, informational Q&A-style town hall meeting Oct. 22 from 5 p.m. to 7 p.m.

Olivia Mackay, who hails from the Bragg Creek area and is in her second year of studies at the University of Ottawa, is the chair of the committee and said she’s excited to share information, opportunities, experiences and questions with other youth from the area.

“I think this is a great opportunity for youth in our riding to meet once a month with MP John Barlow, to really discuss pressing issues and concerns, and share your opinions and ideas in an environment that’s non-partisan, so it doesn’t matter which stance you take,” said Mackay.

“We can really raise our voice and be able to share that with someone who’s working federally, and I think that’s a great opportunity.”

While she will be guiding the meetings, topics and conversations will be largely driven by the 12 to 20 group members, she said.

Some of the topics she expects to hear centre around climate change, budget, social policy, and the impacts of COVID-19.

“That’s impacted a lot of area, whether that’s employment, health care, education, even things like the environment,” said Mackay. “It’s taken a toll on a lot of these aspects, so I think we’ll definitely touch upon those. Times are changing and it will be interesting to hear what people have to say about how things evolved during COVID.”

It’s not necessary for members of the Foothills Youth Advisory Committee to be political fanatics or to live and breathe government policy, she said. Anyone who wants the chance to share ideas and concerns with their peers and their MP are welcome to join and everyone can learn along the way.

There will be a few members returning from the previous committee, and they range from high school to senior year of university, all with different perspectives and experiences, she said.

“It’s really just an opportunity to share your ideas or concerns and meet other people, and get involved in your community,” said Mackay.

Barlow said having a diverse group that represents a cross-section of the riding is ideal, so that all voices are represented in the committee.

He hopes the group will help ignite a passion for democracy and local politics in young people, something he realized was missing after his first campaign, the byelection in 2014, when he had the “auspicious honour” of recording one of the lowest voter turn-outs in Canadian history.

“It was interesting to go to all these doors and how many people said they’d never voted or they don’t vote, and most of the time it was younger, 35 and younger,” said Barlow. “That really stuck with me, so I’ve tried to kind of get youth involved.”

The atmosphere changed dramatically by the 2019 election, when many of the debates and forums in the Foothills riding were hosted by high schools and led by students who seemed keenly interested, he said.

“I thought it was great – the level of participation and questions was just excellent,” said Barlow.

He decided to tap into the young demographic, who may be just reaching the age of majority and may be eligible to vote for the first time. It’s important to keep them engaged in order to regain interest in elections and to learn which issues are pressing for the upcoming generation, he said.

Having young people participate through an advisory committee is one way to gauge where their interests and concerns may lie. Barlow said for the most part, he intends to be a fly on the wall, allowing the conversation to flow but offering answers to questions or insight from the federal level wherever possible.

He’s ready to take direction from the youth members, too.

“It’s not about me telling then what we’re doing, it’s really the other way around,” he said. “I want them to talk to me about what they want to see me doing, or what are some of the things they want to see me talking about in Ottawa when I’m representing them in the House of Commons.”

The most important take-away from the monthly Zoom meetings for him will be awareness of the issues that are important to the youth of Foothills.

Though young people are aware of current issues, paying attention to the news via online and social media platforms, they rarely have the opportunity to formally make their own voices heard, and this will provide that window of opportunity, he said.

“I really want to galvanize them to be vocal,” said Barlow. “Many times they don’t see an opportunity to do that, they don’t have a platform to do that.

“This is a great way to provide the conduit to get their voice heard.”

For more information about the Foothills Youth Advisory Committee, or to find the registration for the town hall meeting or an application form, visit www.johnbarlowmp.ca.