Foothills residents coming together in time of need

Tim Korthuis launched Foothills COVID-19 Volunteers and Anastasiya Shapka started Stone Soup Okotoks, both Facebook groups, to connect those in need with people who can help provide services, food or other items, information, ideas, and even just socialization.
Mar 16, 2020 3:15 PM By: Krista Conrad 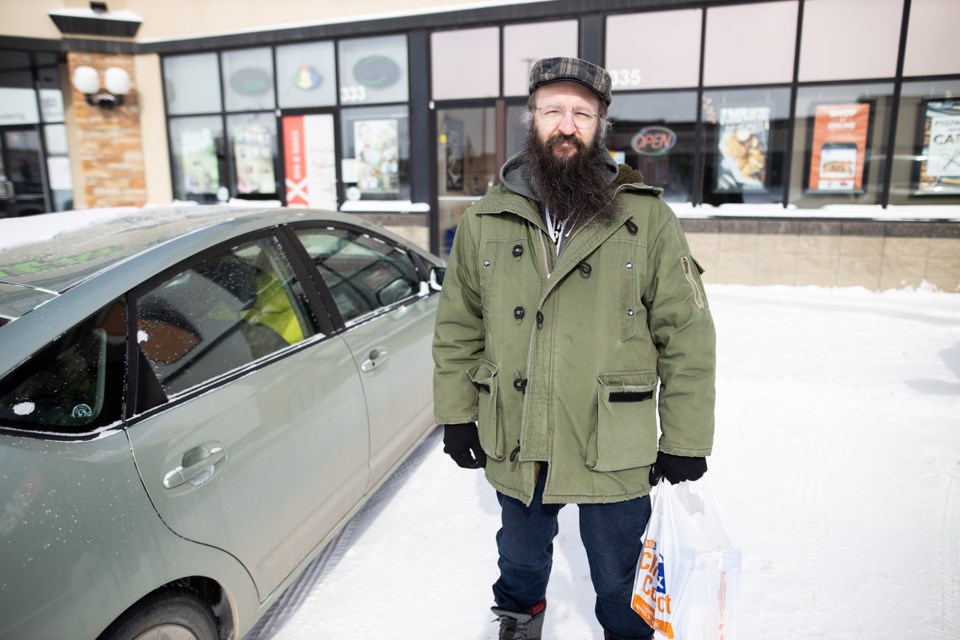 Tim Korthuis helped form the Foothills COVID-19 Volunteers group on Facebook to connect people who may be isolated or in need with those who can lend a hand (or even a roll of toilet paper). (Brent Calver/Western Wheel)

In the wake of shopping frenzies, facility closures and self-isolation practices, two Okotoks groups are stepping up to ensure nobody gets left behind.

“I had the idea kind of earlier in the pandemic that it would be cool, if this gets worse, that there be an opportunity just for people to help each other out,” said Korthuis. ““The whole intent was simply – I’m not a panic toilet-paper-buying person, but if someone’s running out and you’re quarantined, let’s help each other out.

“I just thought, if we ended up as a major quarantine, we should have this network figured out.”

From there, it has blossomed into anything from offering to shop for someone, deliver groceries to homes, provide essentials people can’t find in stores, to pointing parents in the direction of learning resources and ideas to entertain children, or suggestions for brightening the general mood in the community, he said.

People are also posting opportunities like museums across the globe that are offering free virtual tours and a link to the New York Metropolitan Opera’s free streaming of its performances.

He said it’s heartwarming to see more than 1,300 people have already joined the group and are trying to help one another and make the situation a little easier for their neighbours.

It’s become a bit of a social opportunity for people, and Korthuis said that’s a happy result of the group.

“The biggest thing is, we don’t want anybody to be alone,” he said. “Let it be a socialization thing for people who are alone as well, just to see some positive interactions, give people a chance to connect with other people and remind them, you’re not in this alone.”

He’s also making and looking for suggestions for outward expressions of encouragement, like trying to get people to turn on or re-hang their Christmas lights to lift peoples’ spirits.

“I think that would be particularly awesome,” said Korthuis. “People who still have their lights up like us, who procrastinate forever, toss your lights on as an encouragement to those around you.

“Or put pictures up on your windows or walls that say, ‘You’ve got this,’ or ‘You’re not alone,’ or spray paint your snow with food colouring or something like that. Just little things to brighten up the community, keep people engaging and keep people encouraging each other.”

He said music can go a long way too, and he’s trying to get people in the community who are skilled musicians to take their talents to their back decks or yards and provide people with a little break for a few minutes in the day.

There are a lot of ways to put skills to good use and maybe share them to social media and use those platforms to help spread positivity rather than being angry with everything going on, he said.

“It’s here. We’re in the middle of it. Let’s figure out how to make the best of it,” said Korthuis.

It’s positivity that Shapka is after as well. After seeing so much fear and anger in response to news reports, she was lifted and called to action when messages on a moms’ group on Facebook began offering and asking for help.

“I was reading the story Stone Soup to my son, and just had this thought of – we could do this,” said Shapka. “We could give our odds and ends, whoever had Lysol, whoever has toilet paper, whoever has carrots or an onion can share it with who needs it to help people isolating, help people who can’t get out – seniors, moms with little kids, anybody who needs it.”

Shapka set up Stone Soup Okotoks on Facebook around the same time Korthuis was launching his group. They now work in conjunction with one another, sharing resources and pointing people toward both groups to ensure the entire community is well-connected.

She has marvelled at how people have adapted to each need as it arises. At first it was largely toilet paper and cleaning supplies at the height of peoples’ minds, and as of March 15 that attention turned to child care with the closure of schools and daycare facilities.

People are posting offers to babysit – including some daycare workers who are now off work or high school students no longer in class.

“It’s just been amazing how people have pulled together and it kind of restores your faith in humanity,” said Shapka.

Like the Foothills COVID-19 Volunteers, the Stone Soup Okotoks group has grown to well over 1,000 members and continues to climb, which she said is a good issue to have.

Some members are employees at grocery stores, which she said has been very helpful.

“They’re saying, ‘If you need beef, I’ll see if we have any before you head out with your four children,’” said Shapka. “Or telling people when stocking up happens, so if you have to go out you can have one trip.”

Both groups can be found on Facebook, but for those who are not on social media, the organizers have provided email addresses: tim.korthuis@gmail.com and anashapka1@gmail.com to help connect those in need with people who can help them out.