Dr. Don Wilson, a Foothills farmer and ob-gyn at South Health Campus, is resigning from Alberta and taking his practice to Nanaimo, B.C.
Sep 8, 2020 8:00 AM By: Krista Conrad 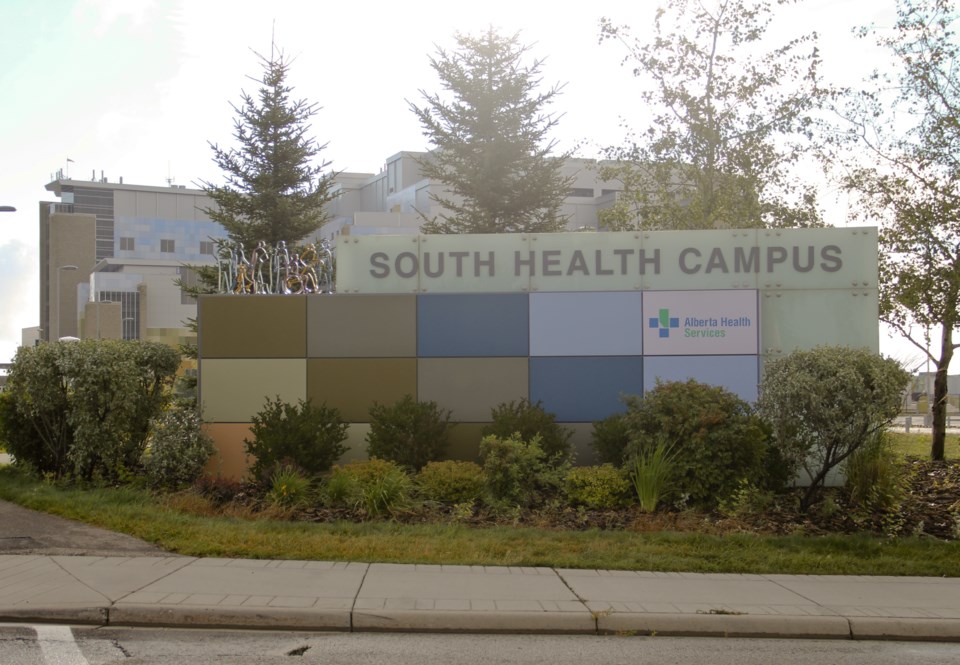 Dr. Don Wilson, a Foothills farmer and ob-gyn at South Health Campus, is resigning from Alberta and taking his practice to Nanaimo, B.C. (Krista Conrad/Western Wheel)

Changes to health care in Alberta have prompted a Calgary-based physician and Foothills farmer to leave his practice and home for greener pastures.

Dr. Don Wilson, who is an urban-specialist obstetrician and gynecologist practicing out of South Health Campus, said he resigned from that post effective Dec. 1 due to “a number of issues and events that have been piling up ever since the UCP took power and took control of the public health-care system in Alberta.”

He’s heading to Nanaimo, B.C. in January, where he will cover for other physicians for at least four months’ time, possibly staying there long-term.

The biggest reason for leaving is concern that the current provincial government is “severely damaging” the public health-care system in Alberta, causing issues that could take decades to repair.

In addition, he said changes in policy have affected physicians’ ability to self-regulate as they have in the past. The UCP has weakened the Alberta Medical Association (AMA) and stripped doctors of their right to binding arbitration, he said.

“That is a right granted to all other essential service workers across this country, but (health) Minister Tyler Shandro decided that was not something that we should have access to and they passed a bill last fall that allows the government to tear up any contracts with doctors, and they did exactly that,” said Wilson.

Most of the damaging aspects of the ongoing battle between physicians and the Province will be felt by rural communities, he said.

In February, Shandro tore up the master agreement between the Province and the AMA, imposing changes in billing that prompted doctors across the province to retaliate, with some rural-based physicians announcing they would be withdrawing hospital services in order to make their practices remain viable.

The New Physicians Funding Framework proposed by the government is causing doctors to resign from their posts in many Alberta Health Services facilities like Pincher Creek, Sundre, Rocky Mountain House and Ponoka, Wilson said.

“As a result of that, rural Albertans will lose access to geographically accessible health care,” said Wilson. “They’re going to have to start making their way into the bigger cities for all medical emergencies and things like having babies. Someone’s having a heart attack in Pincher Creek, they’re going to have to travel to Calgary for their care.”

Those delays in getting care nearby rural communities could results in patient harm and even death, he said.

“I think health care is a human right,” said Wilson. “I just don’t feel like I can stand by and support a system that won’t admit that those changes are incredible damaging.”

It’s not about the money for Wilson, it’s about the principle.

“I am going to make less money in British Columbia,” he said. “It’s all about the principle of the damage to the public health care system.”

He said tearing up a contract and imposing a unilateral alternative without consulting those who will be bound to the contract breaks trust and harms the relationship between physicians and the Province.

“There’s so much uncertainty and toxicity between the government and physicians that is just not an environment that’s one I can continue to support and work in,” said Wilson.

It would take an about-face to make him change his mind and stay put. If the UCP was to sit down at the table with the AMA and negotiate, and repeal its legislation from the fall that allows the government to tear up contracts with physicians, then he would continue working in the Province.

That doesn’t seem likely to happen. Even if a different government were to take over in 2023, it will take years to fix the issues caused by the UCP, he said.

“It’s been over 30 years Alberta has been building an outstanding rural health-care network and we have some incredible physicians and health-care teams working in those smaller centres that’s taken a long time to build, and they (the UCP) have dismantled them in a matter of months,” said Wilson. “I have quite a bit of pessimism that things could be fixed in any timely fashion and I don’t want to spend the latter half of my career in that kind of an environment.”

He’s been vocal about his decision to move his practice to B.C., taking to Twitter to share his news and opinions on the state of health care in Alberta.

Going public with his reasons for leaving is his way to protest the general direction of the health-care system in the province.

“I’ve come to realize all I am is a tiny, tiny little cog in this great big health-care system machine in Alberta,” said Wilson. “That’s what I am, but I’m also a little cog with a social conscience and I think it’s absolutely untenable that the UCP government is going what they’re doing to this amazing health-care system, particularly the rural system.”

Despite being an urban specialist working in a large city hospital, he grew up in a small fishing village on an island off the west coast of B.C. where his mother was a rural nurse for 44 years. It showed him the value of small rural hospitals.

He’s inhabited the farming life and is established on land south of Okotoks, raising hay and animals in between delivering babies.

Putting the farm up for sale to plan for relocation was a difficult decision, and just one of the many aspects of Wilson’s Alberta life that make the choice hard to make, even though he knows it’s the right thing to do.

His elderly mother lives with them and will go through the upheaval of moving provinces, and Wilson will be leaving his adult children behind in Calgary.

“I think if I don’t advocate and make a strong stance I don’t feel I could live with myself,” said Wilson. “That’s where my motivation comes from.

“I could stay and fight, I could keep my feet on the ground in Alberta and fight for the next however many years, but it’s going to go beyond that.”