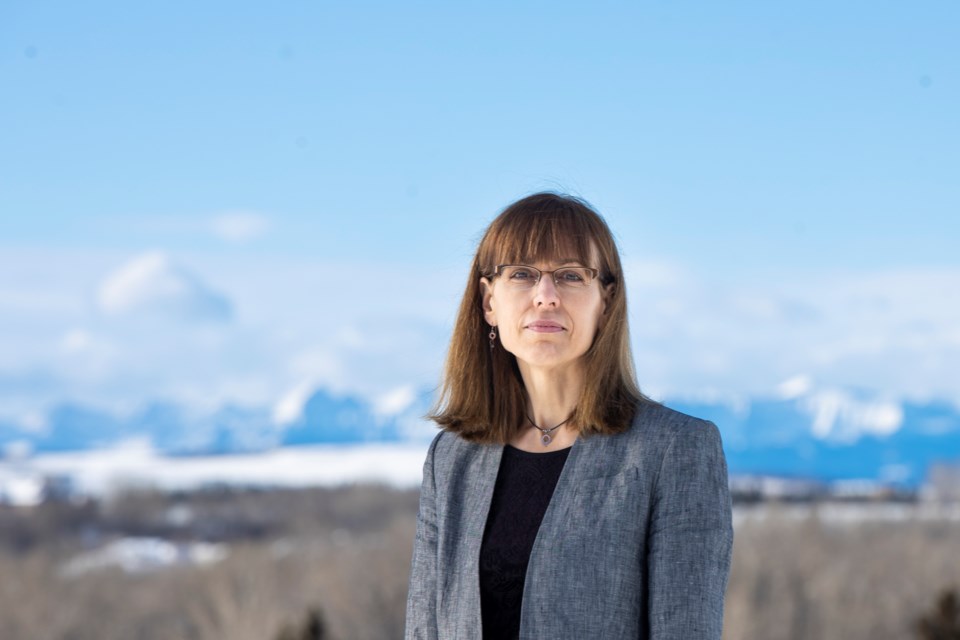 Foothills County Reeve Suzanne Oel was one of the councillors accused of bias and conflict of interest with regards to Spirit Hills Winery by area residents. (BRENT CALVER/Western Wheel)

A letter from Millarville-area residents to the Province is questioning the work of Foothills County council with respect to an area business.

“We have been in contact with the County for over three years and feel that biased decisions have been made with respect to the Spirit Hills Honey (Flower) Winery,” the letter reads. “These decisions include Direct Control land use designation, development expansion in 2017, amendments in 2018, and now an additional application to expand and relax the Development Permit Restrictions.”

The letter then states when the development permit for a major home base business came to public hearing in 2017, 11 residents spoke in opposition and were “unaware at that time that a land use re-designation to Direct Control District #27 was already approved.”

In the communication, the authors further mention the 80-acre parcel purchased by Spirit Hills owner Hugo Bonjean prior to the hearing in 2017 was specified for planting grapevines and berry plants but is marketed as the Cathedral Trail nature walk as part of winery tours.

They specified reasons for opposition to development at the time as use of groundwater, increased vehicle traffic and noise, security and crime prevention, and council had approved the land-use redesignation with 47 conditions, of which some were amended in subsequent years to support business operations.

“As this is a Direct Control designation none of the surrounding neighbours are notified of new applications, we have been removed from the equation and hear about changes in the local newspaper,” the letter states, adding despite the County having many direct-control designations the Spirit Hills property is located amidst country-residential acreage properties.

Hugo Bonjean said it was an “interesting letter” and maintains the property is surrounded by farmland, as his direct neighbours all farm their parcels and Spirit Hills fits right in as an agricultural business.

“All the acreages around here have been the result of a first-out policy, of farms taking a first-out, that’s what all these acreages are around here,” said Bonjean. “These were not planned country-residential developments.”

He added despite 11 people speaking against the development permit in 2017, 22 people had expressed support for the business

Traffic concerns shouldn’t be an issue, as the people who signed the letter all live beyond his driveway and should not be affected by winery traffic, he said, and while there have been concerns over water usage he said Spirit Hills has its water trucked in and does not pull from the groundwater table.

In addition, the business is clean, quiet, and largely hidden from surrounding properties with thick 100-year-old trees, he said.

While his 400 vines did not survive last year, he said there are plans for another 400 next year and the vineyard will be fully operational as he continues to learn how to grow the delicate plants in southern Alberta.

He said it was likely the most recent application, for the construction of a tent and possible lounge on the site, that stirred concern once again.

“Neither of these are going to happen, or at least I don’t foresee that at this point,” said Bonjean. “Then again the economic situation is very uncertain and whatever businesses have to do to grow and deal with this new economy, I think they should be given some freedom to respond to it.”

He said when the 2017 hearing went to the public, some neighbours had vocalized their concerns and he had invited them to have conversations and address issues, but it seemed there was no pleasing everyone.

The letter also questions council’s decision-making and adherence to the code of conduct for municipal government, stating “there is a consistent perception of impropriety and favoritism.”

“Two Councillors, Suzanne Oel and Jason Parker both have had personal and professional relationships with the winery owners that they did not disclose when asked directly at the 2017 development hearing and are the only members who have visited the site.

“We have no confidence that our elected officials are impartial in matters that come before Council for this development. With respect, there is a perceived conflict of interest and appearance of influence.”

Bonjean said the claims seem unfounded, since there wouldn’t have been so many conditions imposed on Spirit Hills if council had bias in favour of the business. In addition, he reiterated comments Suzanne Oel had made at a council meeting in July prior to discussing the most recent development application, that she had designed book covers for him more than 10 years prior and has no existing pecuniary interest with the business.

“I was an author at the time and those were the covers of my books, but it had nothing to do with Spirit Hills whatsoever,” said Bonjean. “There wasn’t a Spirit Hills around at the time – it opened Dec. 22, 2012.”

As far as Coun. Parker was concerned, he said he has spoken to him with regards to development permit applications and showed support with a sign on his driveway during elections, but that’s the extent of their relationship, apart from Parker’s wife coaching Bonjean’s daughter in high school a decade ago.

He said his greatest concern is the misrepresentation of facts to a provincial minister that could be damaging to Foothills County and Spirit Hills.

Reeve Oel explained her previous work with Bonjean at the Sept. 9 council meeting, noting she has known Connie Challice, a direct neighbour who also signed the letter, longer than she has known Bonjean and feels she didn’t have bias as she had relationships with people on both sides of the development application.

Coun. Delilah Miller was not convinced, having raised the issue in July and prompting Oel to disclose her previous work with Bonjean at that time.

“I can’t help but think that had our reeve declared she had previous interests with this client that we wouldn’t be in this position now,” said Miller. “Whether or not you have had an interest wasn’t really my concern, it was it should have been disclosed and we wouldn’t have had these letters perhaps of complaint and concern that council was not treating the applicant fairly and residents

“Unfortunately, this has now blown up further so I guess we’ll wait to see what the fall-out will be.”

Municipal manager Harry Riva Cambrin said councillors are expected to declare if they have a pecuniary interest – that they or a member of their immediate family could gain financially from something proceeding or not – or when acting as a development approving authority if they feel biased to the point they would not be able to have their mind changed on a decision.

“Other than those two situation, if they are in the meeting they are legally obligated to vote on such an item,” said Riva Cambrin.