Reeve Suzanne Oel said the municipality made strides in infrastructure work
Jan 2, 2021 8:31 AM By: Krista Conrad 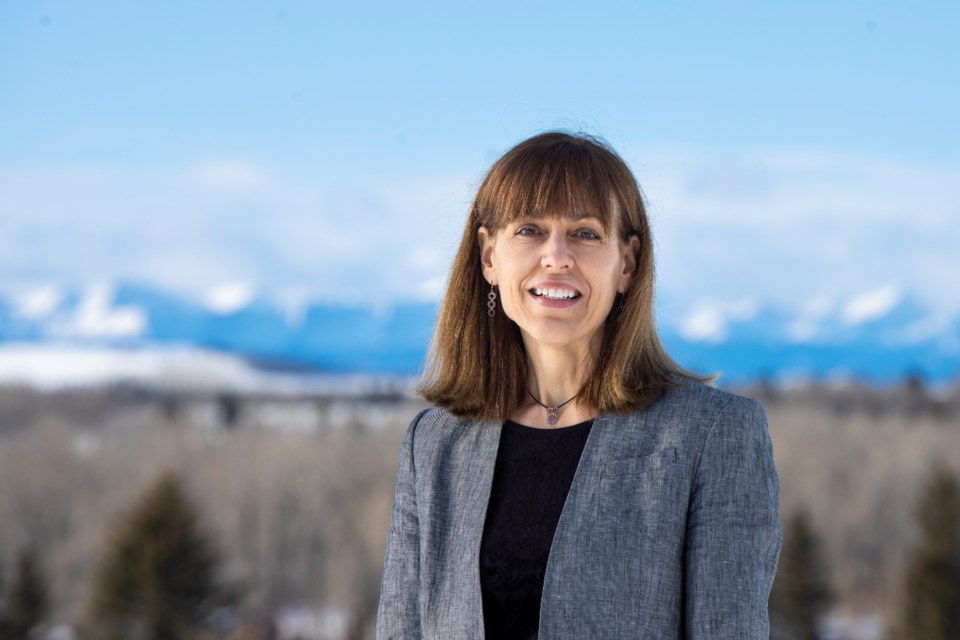 Foothills County Reeve Suzanne Oel said the municipality has a lot to be proud of in 2020 and looks forward to continuing its work in 2021. (BRENT CALVER/Western Wheel)

It was a year to be proud of for Foothills County.

“I’m amazed, because with so many restrictions that came about, we adapted so well and I’m so proud of our Foothills County team and also residents who have gone through a lot of emotional ups and downs, trying to figure out how we continue to work together and communication,” said Reeve Suzanne Oel.

She said the County took immediate measures to relieve the pressure on its residents by deferring some fees and tax penalties to the end of the year while navigating health, operational and economic challenges that came with COVID-19.

The pandemic wrote a new chapter in the Foothills emergency management plan, and she said the County is now well-situated to handle any situation it encounters.

Council approved a zero per cent tax increase for 2021 while ensuring it maintained service levels, which she said was considered a huge win.

“There are some unknowns we have yet to figure out,” said Oel.

The establishment of a Rural Policing Plan was a feather in the County’s cap this year, despite it adding nearly $1 million to the 2021 budget, an amount that is set to increase to almost $2 million by 2023, she said.

“Reorganizing our rural resources has been a really big deal for our goals and that continues every year, to fight rural crime,” said Oel.

On the infrastructure side there was good news and bad news, she said.

Making progress on the joint sub-regional water pipeline with the Town of Okotoks was an important item in 2020, with announcements regarding grant funding anticipated by June.

In addition, the County worked with Okotoks council to push Alberta Transportation on the issue of traffic signals at Highway 7 and 16 Avenue., an intersection the County had identified as dangerous for years.

Foothills County, the Town of Okotoks and Alberta Transportation are working together to address traffic safety issues on Highway 2, looking at closures of intersections at 306 Ave., 338 Avenue. and 370 Avenue., as well as the possibility of lights at Highway 2A and 306 Avenue, she said.

The main issue is getting the planned interchange at Highway 2 and 338 Avenue in the works, she said.

“That’s ranking pretty high on the Calgary Metropolitan Regional Board east and south transportation study,” said Oel. “It’s just overall in the region it does go down in priority there, but for us that’s our number-one. We see the pressure and issues related to those avenues on Highway 2 and 2A.”

Infrastructure work was also taken on in the west country, where the County assumed management of water and wastewater systems for Priddis Greens and Hawks Landing, she said.

Road work was a big issue in 2020, and it will continue into the new year. The winter and spring last year wreaked havoc on County roads and it has been difficult to keep up, particularly during COVID with more limited resources, said Oel.

“We still have a goal of getting that work caught up as well as the ongoing list of people wishes to have permanent dust control done and we use our matrix list to do that and evaluate,” she said. “We’ll be looking at that to see whether things turn out for us because of the change in budget and the amount of repairs we have, we’ll have to see whether we can manage to do that.”

Work on fibre optics and water access at Aldersyde was delayed due to weather or waiting on permissions from the provincial government, but the municipality is working to improve its Highway 2A corridor during 2021, she said.

The County continues to work at providing high-speed Internet access to its residents, particularly in more remote areas or those battling difficult terrain in the Priddis and Millarville areas, she said.

“We’re trying to get options in locations like the Highway 762 area,” said Oel, adding the Universal Broadband Fund announced by the federal government resulted in a few applications from network companies.

On the personnel side, she said the County was pleased to celebrate Municipal Manager Harry Riva Cambrin’s 40-year anniversary with the municipality, and to see Ryan Payne appointed to CAO in July, positioning him for succession as he shares duties with Riva Cambrin.

The County was shaken by a loss in November, as Coun. Larry Spilak passed away on Nov. 6 after a lengthy battle with cancer. Spilak had served on council for 13 years, including nine as reeve until he stepped down in 2019.

“That loss was particularly difficult this year, and we will always continue to remember Larry,” said Oel.