Excavators reminded one call may not be enough

Rocky Pooke launched 2nd Call in 2009, a company that double-checks line markings at excavation sites to ensure live and abandoned hazards are all identified.
0
Dec 2, 2019 8:31 AM By: Krista Conrad 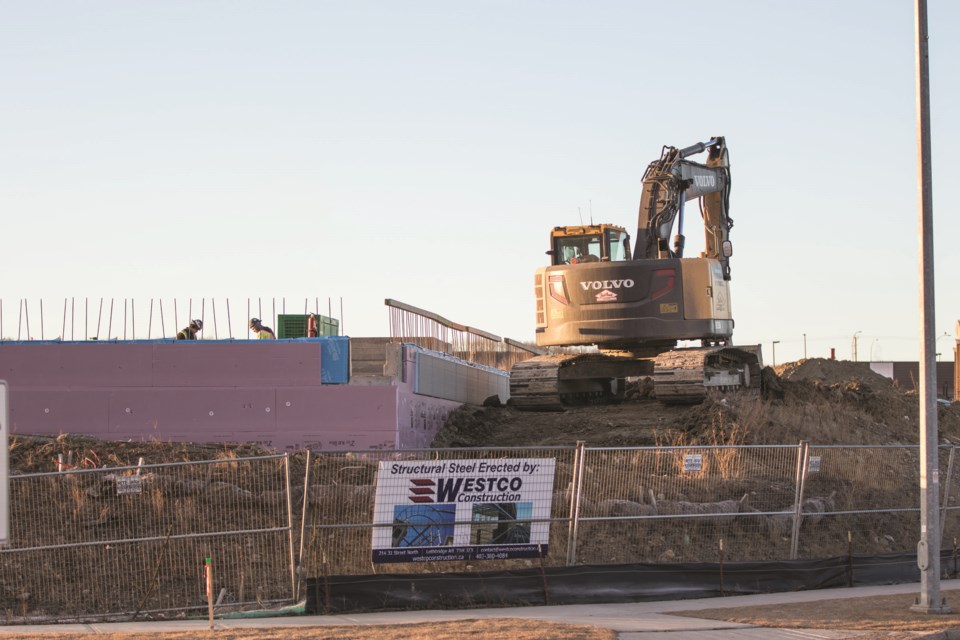 Excavators are encouraged to use Alberta One Call and 2nd Call Locating to ensure all possible underground hazards are identified prior to digging. (Photo by Brent Calver)

For years people have been told to call before they dig, but what many don’t realize is there should be two calls made before breaking ground.

Most are familiar with Alberta One Call, a service that allows project managers to make a phone call and have lines in the ground marked by the utility agencies who own them, like Fortis, ATCO or Telus.

The problem is, there are a lot of things in the ground that won’t be checked by One Call, such as Shaw Cable fibre, because the cable company is not a member of the service.

That’s where Rocky Pooke and his Vegreville-based company come in. He founded Alberta 2nd Call Secondary Underground Locating Services Ltd. to address those instances where one call is not enough.

“Back in the 70s or 80s when [One Call] was started, that’s what was in the ground, the basic utilities,” said Pooke. “The problem is, the world has changed and there’s a lot more stuff in the ground now that isn’t registered with One Call. And it isn’t law that it has to be.”

As a trained fireman, master electrician and safety codes officer, safety is of utmost concern for the owner of 2nd Call, which operated separately from Alberta One Call.

While One Call uses its map of reported lines and contacts those companies when needed to go out and mark their underground hazards. Pooke said it’s not always 100 per cent reliable.

“Even though a company may be part of One Call there’s no guarantee they’ve reported all their utilities to the One Call,” he said. “The other issue is just because everything is reported it doesn’t necessarily get marked, because there’s no other check. If it’s not on the map they ain’t checking for it.”

His company got its start after a disturbing incident in 2008. An excavator in the Vegreville area had struck a live wire, and a local utility company was found guilty of negligence for improperly mapping the line – which wasn’t its own. It had been doing a favour, something commonly done then, said Pooke.

A letter was sent to contractors notifying them of the practice, and stating utilities would no longer be marking lines for other agencies – in other words, information on some other lines lurking underground would not be provided if the company that had installed it wasn’t responding to the One Call.

With several trenching and commercial jobs on the go, Pooke decided he couldn’t put his guys in danger and began looking for companies that would look for everything, if One Call wouldn’t be.

All he could find was companies who did locates for One Call, but nobody who went out on their own.  So he decided to fill that void with a company of his own, and 2nd Call was born.

His biggest concern was with mismarked lines and abandoned lines, which wouldn’t be reported by a One Call response.

“Abandoned lines are all over Alberta and once utilities abandon line they typically come off the maps,” said Pooke. “Is it possible an abandoned line has enough product in it to hurt or kill you still? Absolutely.

“So there’s still lines out there that could have gas in them, or at least enough gas for a flashover, and there are power lines that are still energized, and we know because we find them and we know they’re down there.”

His company goes out with a transmitter and two people, who walk the area in a grid formation and flag anything their equipment picks up, rather than relying on what comes up on a map. They’re looking for anything locatable, he said.

If it’s possible to distinguish what it is – power, water, sewer, gas – it is marked accordingly, and if something is picked up but unidentified, it’s marked with a neutral colour so excavators know there is an unknown hazard underground, he said.

“The One Call is a great first step,” said Pooke. “In my opinion it really should have been called the First Call, because you can't get everything checked for properly with only the first call. You need another call.

“If you do One Call it checks about half the stuff that’s down there. If you do 2nd Call it double-checks the first stuff and checks for the rest of it.”

His interest was piqued after a ruptured gas line northwest of Turner Valley resulted in a fatality Nov. 7.

He said he spoke with Turner Valley RCMP and the fire department to find out whether locates had been done, but it’s unclear whether One Call visited the property.

Alberta One Call did not respond to the Western Wheel’s request for information prior to press deadline.

“My big thing when I was checking it out was – was this preventable?” said Pooke. “People still largely aren’t aware, and they don’t know that two calls should be made – at least.

“We’re way past the need for two calls. This should have been happening 10 to 20 years ago, so we’re behind the eight ball but thankfully we’re here now, it’s just to get the awareness out to everybody and educate them on why they should be doing it.”