Economy the driver in Highwood race

Money – it’s a hit in the 2019 provincial election. The economy, jobs and pipelines dominate the issues as candidates hit the hustings in the Highwood constituency for the provincial election on April 16.
Apr 3, 2019 12:40 AM By: Bruce Campbell 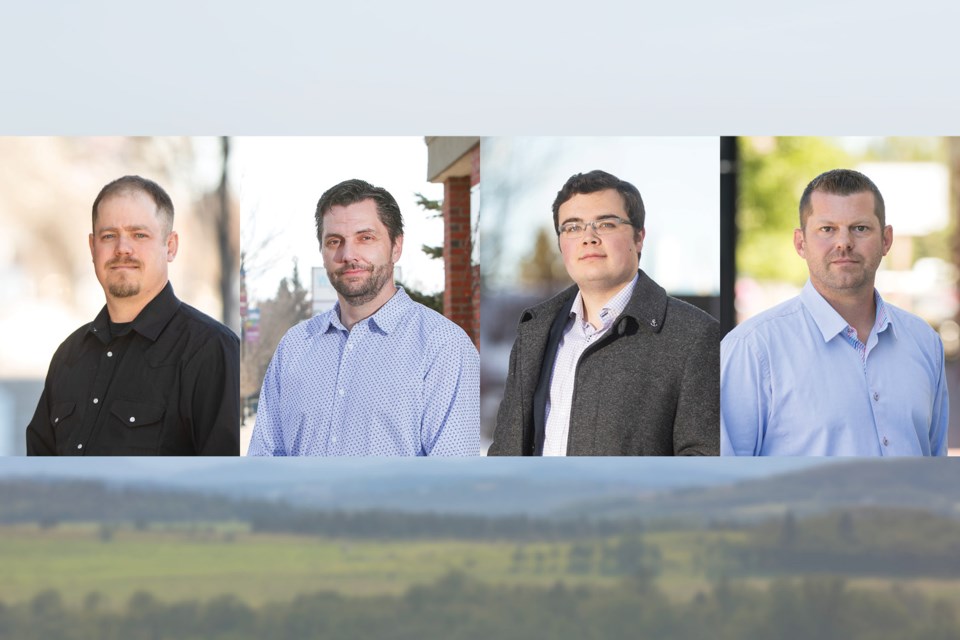 The economy, jobs and pipelines dominate the issues as candidates hit the hustings in the Highwood constituency for the provincial election on April 16.

“When I am talking to people at the doors their biggest concerns are the loss of jobs and lack of investment in Alberta,” said UCP candidate RJ Sigurdson. “No. 1 would be the inability and the inaction of the NDP of getting pipelines done.”

Sigurdson, a general manager with Avalanche Air Systems, said local businesspeople in both larger and mid-size operations in Highwood have told him the “incredible amount of regulatory burden and red tape and the fact businesses just can’t get the process done in a timely manner so that they can be successful in Alberta.”

He added the UCP would try to reduce the amount of “red tape” and the time involved by a third.

He said the party’s proposed Job Creation Tax Cut will make the province a tax jurisdiction in which people want to invest in and create businesses and diversification.

NDP candidate Erik Overland said the party will continue to strive forward since inheriting a glum economy from the Progressive Conservatives in 2015.

“We were given a very bad situation back in 2015 and I think we have worked very hard to ensure that we don’t make times tougher on Albertans,” said Overland, a Mount Royal University student. “And ensure times are getting better and I think that has been proven… We have been working hard to ensure we have a strong, vibrant, diversified economy and that work will continue.”

Alberta Party candidate Ron Kerr said Albertans — and those businesses interested in setting up shop in the province — have lost confidence in the economic climate in the Wild Rose province.

“Anytime there is fear of investment or the market, investors are going to shy away from it,” said Kerr, a home builder. “I think that is what the NDP has done, with their different things they have implemented, the taxes... They have made investors fear Alberta. You want people to think this is a good place to invest.”

Sigurdson added businesses have been hit by the rapid increase to the minimum wage to $15 an hour.

However, he said rolling back the $15 minimum wage isn’t feasible.

“I would like to see it held there for quite sometime, but we are seeing large unemployment for people between the ages of 16 and 25,” he said.

“For those younger people who are looking for that summer job or working in the restaurant industry we have to look at a lower minimum wage in those areas so those jobs are more available.”

All of the candidates said pipelines to get Alberta oil to tidewater is essential.

“I know we have been fighting to get the pipeline built from Day 1,” Overland said. “I know if elected I will continue as hard as I can.

“I know that right now, we are as close as we have ever been to getting that pipeline built.”

Kerr said an “adult conversation” is needed among stakeholders.

“Everybody from coast-to-coast realizes it is going to be a benefit if we get our oil to tidal waters, it just means more money for everybody,” he said. “So I think it is a matter that you talk to people.

“People worry about environmentalists, but I think they just want their voice heard, that’s the biggest thing… Negotiating is hearing everybody out and going on from there.”

Sigurdson said the Province’s voice would be heard if the UCP is elected in regards to pipelines.

“We will continue to put pressure on the federal government – this is not just lip service for us,” Sigurdson said.

“If they [Ottawa] are going to continue to stand in the way of Alberta prosperity, we have to hold Ottawa accountable by holding a referendum on equalization.”

He said if the party faces more opposition from British Columbia’s NDP government in regards to pipeline, the UCP will take action.

“If B.C. continues to block, we will initiate a turn-off the tap legislation to force them to come back to the table and discuss getting the pipeline built,” he said. “We’re willing to use every tool in the toolbox to get this pipeline built.”

Dan Irving, Alberta Independence Party candidate, said if Alberta was separate from Canada, it would be better able to get pipelines across B.C.

“We would have international law on our side, which states that one country cannot impede another country from getting their products to tidewaters,” said Irving, a farrier by trade who also operates a landscape company.

He also added the party could eventually cut off B.C. from getting Alberta oil.

Sigurdson said the economy won’t be fixed over night, the job creation tax cut will keep businesses in the province rather than heading elsewhere.

“We are not just saying the fix to the industry is just the oil and gas sector,” Sigurdson said. “It is agriculture, it is the other industries in Alberta that is why we are going ahead with the job creation tax cut.”

Overland said the NDP has started to diversify, while working with the oil industry

“Province-wide we have committed to doubling our investments in oil and gas, upgrading and refining. We have [also] been working hard to insure our renewable energy sector is able to grow,” Overland said.

He said the NDP will continue to ensure tourism is a driving sector – including the foothills area to the west of Highwood.

Kerr said diversification is key to stimulating the economy.

“Obviously the oil and gas industry has got to get going again and we have to get our product to tidal water,” Kerr said. “I think also diversify the economy – focusing on forestry and agriculture.

“Our best resource is the human resource, we are a resilient bunch of people.

“We just have to let people know ‘We are open for business.’

“I would want to talk to industry leaders and find out what that piece is that is missing and then focus on that,” he said.

The Okotoks Chamber of Commerce has scheduled a candidates forum at the Piper Arena on April 12 at 7 p.m. in conjunction with the organization’s trade show.

Advanced polls for the Highwood constituency are April 9-13 at 1013 200 Southridge Drive and in Turner Valley at the Turner Valley Legion. Both locations are open from 9 a.m. to 8 p.m. for those specified days.

In the Priddis area there is a one-day advanced poll on April 11 from 10 a.m. to 7 p.m. at the Priddis Community Hall.