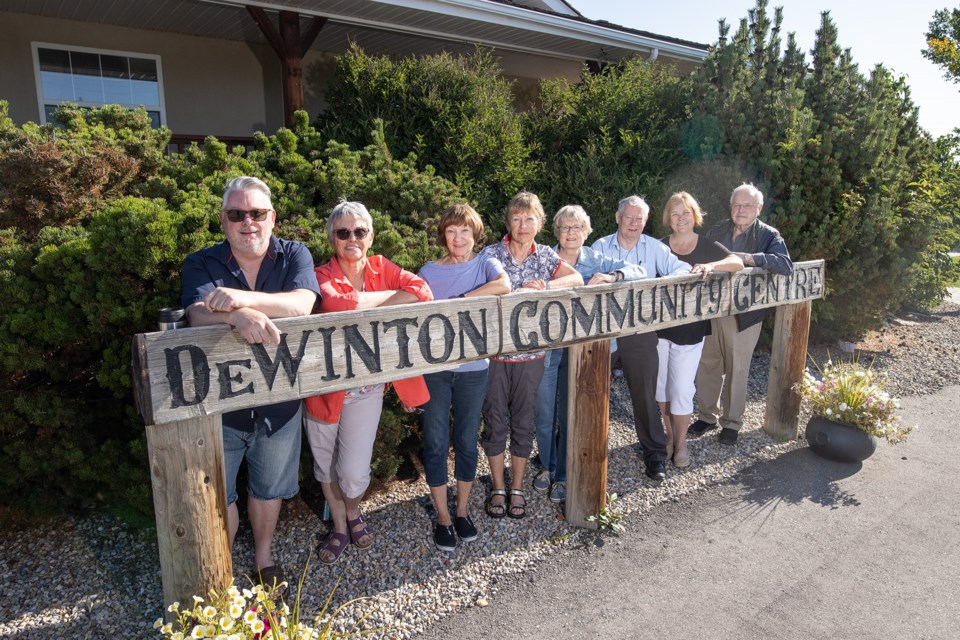 As Charles Bukowski wrote, “what matters most is how you walk through the fire,” and that is certainly a lesson well learned by the DeWinton community.

The DeWinton Heritage Committee is holding a 100 Year Celebration for the community centre that will run from 12 p.m. to 5 p.m. on Sunday, Sept. 22.

The family friendly event will offer lunch and snacks, memory lane displays, historical slideshow, and pioneer profiles that will be presented by school kids as skits. Weather permitting, families and children will be able to participate in old-time outdoor games, such as bag races and tug-of-wars.

“I believe DeWinton has been and still is a wonderful community,” said Parr. “Yes, it has changed a huge amount in lots of focuses, but the basic essence of people helping people (hasn’t changed).”

The 100 Year Celebration aims to reflect on the community centre’s own troubled history with fire since it was originally built, the perseverance and successes of the community, and the need for change.

One DeWinton resident, and member of the heritage committee, Robert Poffenroth and his family have seen the community through its many changes, having lived on their farm since 1912.

Poffenroth’s family has long been actively involved in the community, which he said was typical for the community.

“The community all got together and built the first community hall in 1918, and it was quite interesting the various meetings they had and how they raised the money,” said Poffenroth, telling of how the community association chose the lowest bid for the building quote, based on a $3.49 difference in a post-First World War economy.

The original community hall opened in 1919, and played an important role, serving as the focus of the community for meetings, dances, school concerts, and parties, he said.

It operated until one night in Jan. 1974, when it was razed to the ground by a fire.

“It would have been a very severe blow when the hall that was built in 1918 burnt down,” said Poffenroth. “That hall had been certainly renovated over the years, so the community would have been devastated I would say.”

Devastation didn’t hold the community back, as they organized the effort to reclaim the abandoned DeWinton High School, which had closed in 1955. The new community hall was up and running in Nov. of that same year.

That wasn’t the end of the hall’s struggles with fire, as it was struck yet again in Sept. 1996.

This time, however, offered the chance to repair the building and renovate: the centre as it stands today is over twice the size of its predecessor, can seat 200 people, with a room for a play school on the main floor.

The community and its needs have changed drastically over the hall’s 100 years of operation, Poffenroth said it remains a central point for the community.

He said, for example, that while dances are less common with the community now consisting of families more used to city life, gatherings such as the July 1st breakfast bring in crowds of hundreds.

Well-used aspects of the hall remain the playschool, and as a location for weddings, banquets, and arts and crafts sales.

As the community came into being with the arrival of the Canadian Pacific Railway in 1982 and named after Colonel Francis De Winton, the then-secretary to the Governor General of Canada, history is certainly not lacking for the hamlet.

“There’s a lot of early history about life, the culture and the activities, in those times leading up to 1918 that probably a lot of people—unless they are kind of history buffs—have no idea about,” said Poffenroth, referring to the impact of the First World War and the rise of motorcars.

For the 100 Year Celebration, the volunteer committee has spent many hours collecting information and pictures from several sources—including community members, the Glenbow Museum, and ­Sodbusting to Subdivison, a book published by the DeWinton historical society in 1978.

“Other than recognizing that the hall was originally a community effort 100 years ago, (…) we want to give people a little insight into the history of the area, and certainly to initiate some pride in their community,” said Poffenroth.

A highlight of the celebration will be the unveiling of a plaque commemorating the community centre’s history, which will be presented by MP John Barlow.

“These facilities are so important to our rural economies and rural communities, they’re the hub of these communities,” Barlow said. “This is where people meet, people gather, this is where weddings are and anniversaries and they’ve just become such a part of the fabric of people’s (lives) and it’s important that we maintain them.”

Reflecting on the community centre’s history, Barlow said it spoke to the resiliency of DeWinton community.

“They’ve always stepped up in times of need to rebuild and modernize and maintain that community hall,” he said. “That just tells you how important it is to the families that live there, and it’s important to them to have that sort of cornerstone of the community and maintain that.