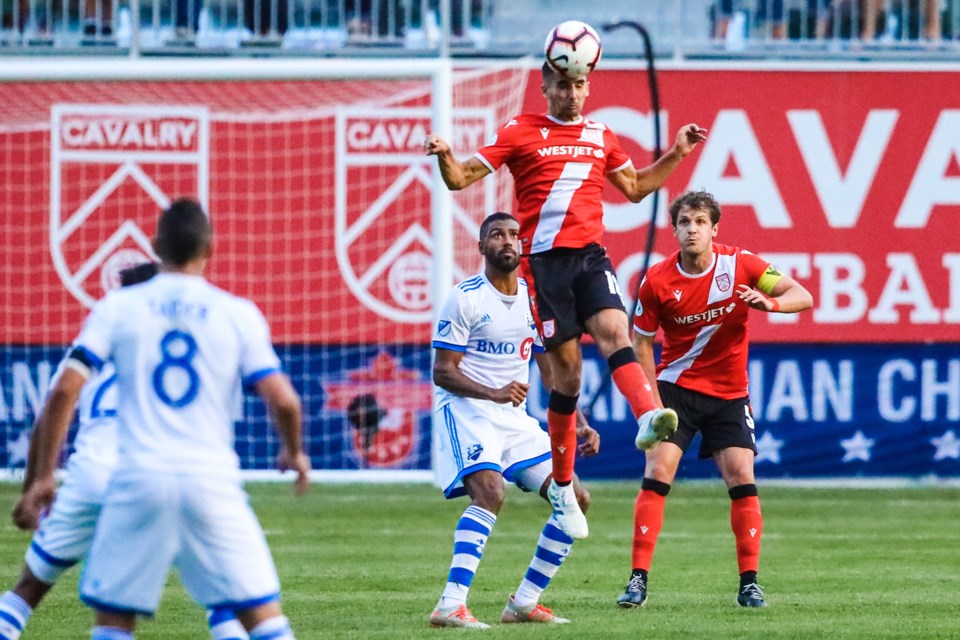 A 30-year-plan to expand and diversify Spruce Meadows has cleared the first hurdle.

Foothills County council gave first reading to a new area structure plan for the long-term growth of Spruce Meadows at its Sept. 11 meeting.

"It is good to remember that this is a 30-year-plan," said Kristi Beunder of Township Planning and Design Inc. who represents Spruce Meadows.

"Not all of this stuff is happening tomorrow — some of it might never happen. It is an attempt to outline the vision."

The proposal includes a possible 12,000-seat stadium for the Cavalry FC, an indoor field house, and other amenities.

Cavalry FC is enjoying a solid first season in the inaugural year of the Canadian Premier League. The team is playing at Atco Field at Spruce Meadows in a season which, so far, has included sold out crowds of approximately 6,000 fans for games against the Vancouver Whitecaps and the Montreal Impact.

Beunder said a new stadium is in the long-term as the team would have to sell out on a consistent basis before it would be considered.

Other proposals in the 30-year-plan include a boutique hotel.

"What we have found, through conversations with Spruce Meadows, is they are losing a lot of opportunities to host different conferences and events because they don't have the spatial conference centre set up," she told council. "This (project) is also a little bit far off."

There were some concerns from the public, most notably regarding traffic.

Heather Coulter, who lives along Tournament Lane, said she is concerned about the every increasing traffic from Spruce Meadows.

Division 5 Councillor Allan Alger, who has Spruce Meadows in his boundaries, said Foothills is lucky to have the facility in its area and future projects could be fine-tuned.

"I'm happy with the employment opportunity that this is going to bring," Alger said. "I think it has to come with a certain amount of flexibility on our part as well."

The current area structure plan was adopted in September 2002. In 2011 Spruce Meadows had part of its land annexed by Foothills, bringing it totally in the jurisdiction of the County.

Council will not address second reading of the bylaw until it has been approved by the Calgary Metropolitan Regional Board, of which Foothills County is a member.

To see a draft of the ASP go to mdfoothills.com

Further details of the Spruce Meadows area structure plan will appear in the Sept. 18 issue of the Okotoks Western Wheel.