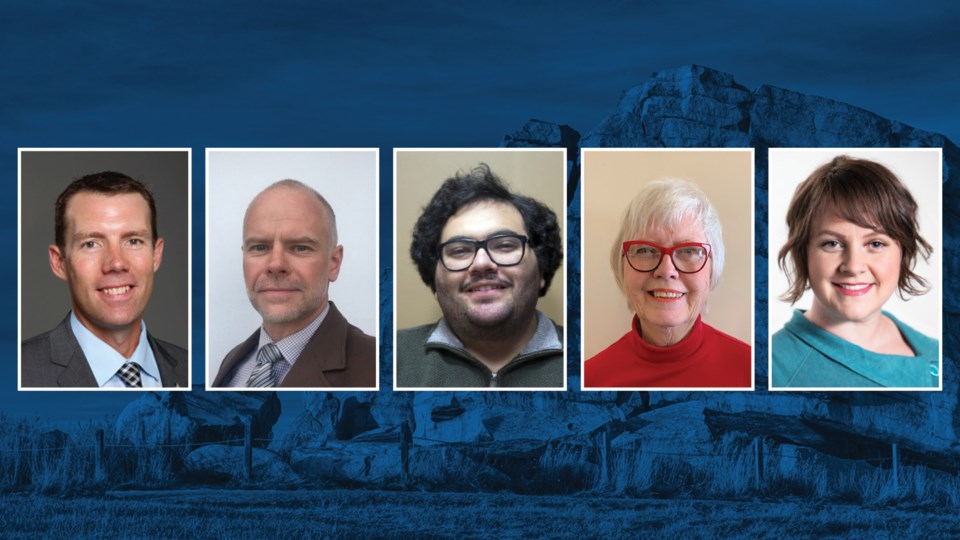 Foothills candidates in the Oct. 21 federal election are looking at different ways to take a bite out of crime, not only across the country but for those living in the country.

Rural crime was among the top stories in the Foothills in 2018 in light of Edouard Maurice being charged for gun offences after defending his rural home south of Okotoks when he shot a car prowler in the wrist with a ricochet bullet from a warning shot.

All charges were later dropped.

“On the federal side, we have to put some clarity into that…

“The issue right now is our farm families and rural families don’t feel safe in their homes and that is something we didn’t grow up with.”

Barlow said the Liberals did little to address rural crime after a rural crime study was presented to the federal Public Safety Committee.

“The Liberals submitted a one-page report which basically said ‘Rural crime is not a problem,”’ Barlow said. “It was shocking.”

He said the Conservatives would look at the committing of crime in a rural setting as an aggravating factor in sentencing.

“Rural crime is distinct from the various types of urban crime that we are used to seeing on TV as such they face their own challenges,” Hendi said. “The provincial NDP had a solid plan which was to listen to the RCMP.

“They are the ones who know how to deal with it, they are the best to equipped to deal with it. They needed money, they were given money and crime rates went down 11 per cent. Federally, we would do something very similar, we would listen to the RCMP and see what they need – more funding, more training, more manpower, whatever that may be.”

He would not make changes to property laws.

“I believe there is already a pretty good legal framework for self-defence laws and I don’t believe that needs to be amended,” Hendi said. “It’s an issue of prevention and the people best to do that, like I said, are the RCMP.”

The Green Party hasn’t issued a policy regarding rural crime.

“Rural crime is not something that is on the Green Party radar explicitly,” said Foothills candidate Bridget Lacey, who grew up on a farm near Turner Valley.

She said personally she feels rural residents should have the means to protect themselves if they are being physically threatened. However, she does not support weapons being used until it comes to that.

“I am not really in favour of people being permitted to shoot trespassers, I don’t think that is something people should be empowered to do,” Lacey said. “If it happened as a self-defence issue where they were being physically attacked, that would be a different issue.”

Greg Hession, the People’s Party of Canada candidate, said rural crime has been an issue in the Beaver Dams area where he lives (near Pincher Creek).

“As a candidate I understand fundamentally how the increase of crime comes to be,” Hession said. “The increase in crime is a direct result in a faltering economy.  I predicted that this would happen when the NDP was elected in 2015 (provincially).”

He said fix the economy and it will deter crime.

“I would have to consult with people and see what they want done,” she said.

She is opposed to residents using weapons – unless under extreme circumstances.

All the candidates agreed illegal drug use is an issue in Canada.

Lacey said the Green Party would look at decriminalization of drugs and attempting to get addicts treatment.

“People who are addicted to drugs don’t belong in jail, they belong in treatment,” Lacey said. “That is the reason they are looking at that.”

She said a similar strategy was used in Portugal and the incidence of drug use plummeted.

She also supports more safe-injections sites to help deal with the opioid crisis.

Barlow said the Conservatives would focus on mental health and addictions.

“We have committed to provide funding for Province and non-profit NGOs to partner with the government to build, upgrade, expand addiction counselling centres and treatment beds,” Barlow said.

“As well as building high schools specifically for youth with addiction problems -- any addiction they are facing.”

Barlow said safe injection sties are not the solution.

“Injecting drugs isn’t safe, there is no such thing as a safe-injection site,” Barlow said. “We need to focus on getting addicts treatment and counselling.”

Hendi said it’s important to have a secure social programs for all Canadians.

“I believe very strongly that if we have better strongly funded social programs fewer people would resort to crime to get their fixes for drug addiction – it is very much a social issue,” Hendi said.

All of the candidates have said they will attend a candidates forum at the Okotoks United Church at 6 p.m. on Oct. 8.