The show must go on for Okotoks theatre troupe 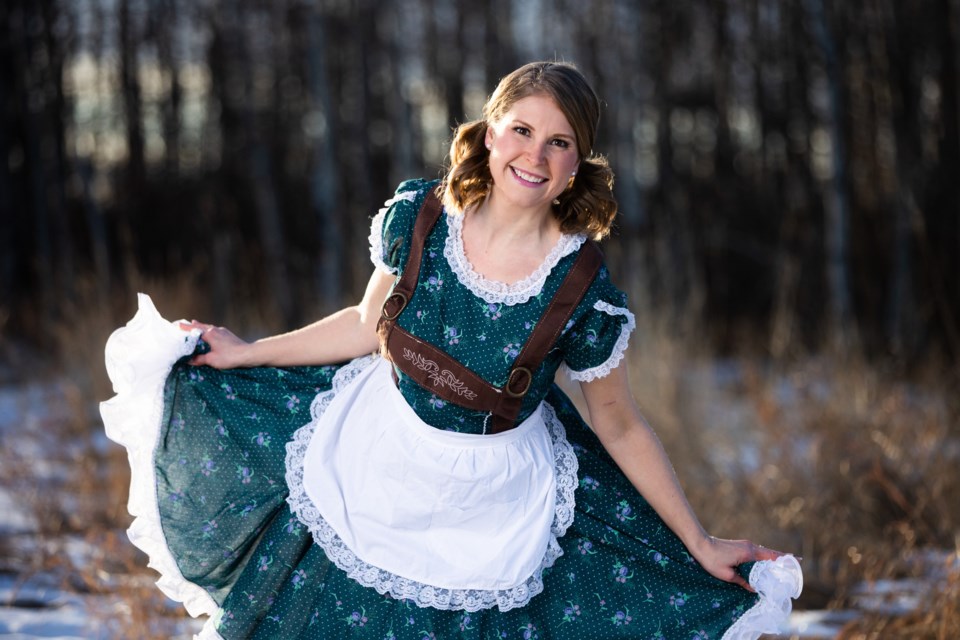 As the fog of uncertainty has made long-term event planning significantly harder, Goodger-Pink Family Theatre has adapted its Christmas production to fit ever-changing restrictions.

Artistic producer Samantha Bell couldn’t bear to see the group, which has been presenting for eight years running, go quiet at Christmas.

“We knew very early on that we were not going to be able to produce a full production,” Bell said. “That was clear months ago.”

Knowing she couldn’t hold a full production like past years, the theatre troupe was going to rejig its format into a COVID-Style Christmas Spectacular including a reading of the sequel to its previous year’s production, Fellowship of the Swing, on-stage at Okotoks Cinemas, along with the classic Grinch movie and prize giveaways.

"And that's when we kind of started brainstorming — what else could we do?" Bell said. "Is there any other COVID-friendly way that we can be a part of the community this Christmas, as we have been for eight years now.

"It felt wrong to not try and figure out some way that we could connect with the community.

"So that's when we started brainstorming and came up with the kind of live stage reading.”

With the restrictions that took effect Nov. 24, the format was again in jeopardy. The group could no longer get together to rehearse and appearing live wasn't possible.

"But then, of course, when two weeks ago or a week ago, or whenever those new restrictions were put in place and it became clear that no in person rehearsal was possible,” said Bell.

“There was definitely a moment for me, I'm not going to lie, where I thought, ‘Is that is anything possible at this point, or should we just pull the plug?’

"But fortunately, my team is so amazing that it wasn't until we all got together on Zoom, and had sort of a brainstorming meeting like, 'What should we do? Is there anything that we can still do moving forward with all these new restrictions?'"

Bell said the troupe had to be ready.

"Especially if the restriction either stayed the same, or only tightened up more, we wanted to cover all our bases so we didn't go through a whole bunch of more work, and then come Dec. 18, they tighten up even more," she said.

"We ended up landing on something that no matter what happens, because it will, it's all pre-recorded, and we'll be playing it on the big screen."

Bell and her group eventually arrived on the solution of a Zoom-style reading with the different actors each performing in a pre-recorded segment. The format, presented much in the style borrowed from a 1970s sitcom, will allow for gags between frames, such as passing props and character interactions.

"It's sort of like that opening of the Brady Bunch when each character kind of pops on their own screen, except, of course, we're going to go even bigger.” Bell said.

“The script itself is still a pantomime style script, with larger-than-life characters and funny sound effects and lots of different gags and stuff.

“We don't want to lose that just because it's going to be pre-recorded. So we thought this Zoom style could be really funny because it opens up the opportunity for gags.”

Bell added that at the core of the plan is making sure they do their part to stop the spread of COVID-19.

“Our main priority of course, is keeping people safe and, and and respecting the protocols,” she said.

"Worst case scenario, if even if the restrictions tightened even more, and everything has to close up, we can still present it online. There's still some way for us to get into the hearts of the families over Christmas and they could still watch what what we're working so hard to put together online.

"So the idea is to do everything the same that we already had booked; we're still going to be giving away awesome draw prizes for the kids still showing the Grinch movie, but instead of us being live on-stage reading it, we are going to be projecting the pre-recorded zoom style production of our play on the big screen.

"All of us characters will still be in our costumes, so that the kids can have that experience as well, because that's always been so important."

Goodger-Pink's veteran cast  includes Joe Fowler as Hansel, Samantha Bell as Gretel, Daniel Rose as Pinocchio, Safia CM as Red Riding Hood, Jay Newman as Rumpelstiltskin. The Return of the Swing and Fellowship of the Swing were also written by Newman.

The performance will be shown on Dec. 20 at 2 p.m. and 6 p.m. and tickets and info can be found at www.gptheatre.com