An Alberta High School of Fine Arts student is walking the halls with a little swagger in his step lately.
0
Dec 12, 2018 12:00 AM By: Tammy Rollie 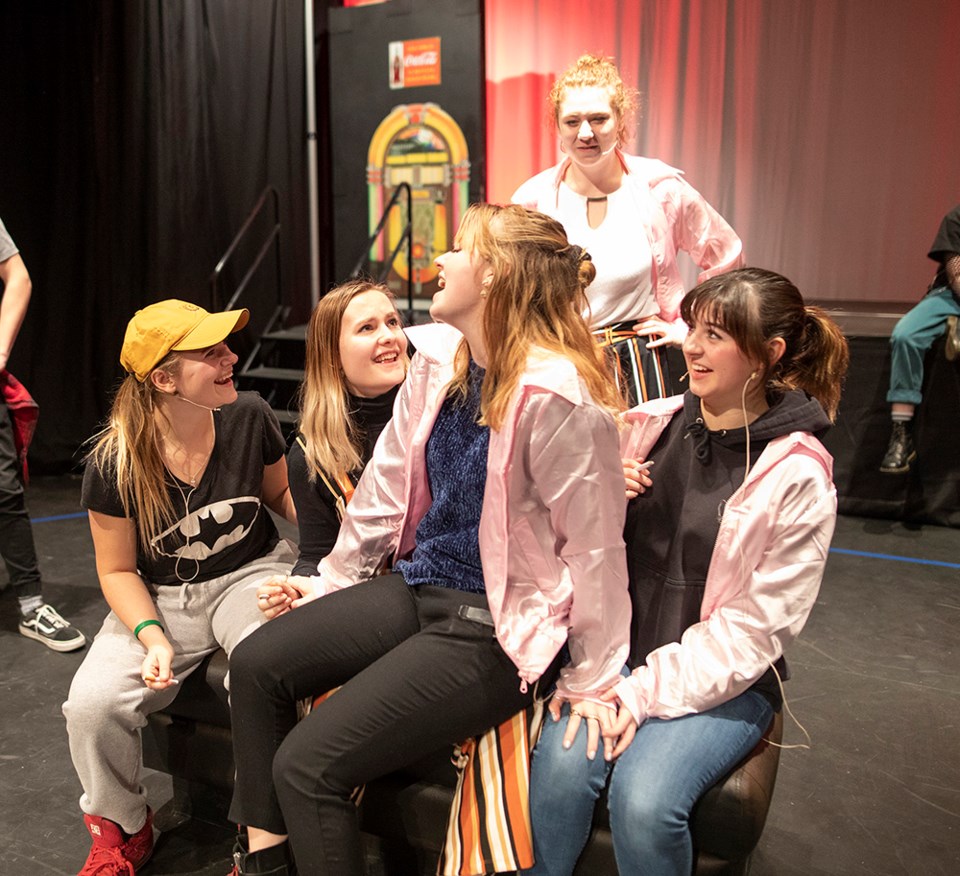 An Alberta High School of Fine Arts student is walking the halls with a little swagger in his step lately. Cast as Danny in the musical Grease, Grade 11 student Connor Smith transformed from the gentle, kind student his peers know to the super cool bad boy. “I have tried walking around like Danny around my friends,” said Smith. “They just laugh when I walk by them in my leather jacket acting better than them.” When Connor learned his drama teacher selected the musical for this year’s production, he was ecstatic. Performances take place in the school’s drama theatre Dec. 13 at 7 p.m., Dec. 14 at 7 p.m. and Dec. 15, at both 2 p.m. and 7 p.m. “I grew up watching Grease,” he said. “I always enjoyed the songs and just love the idea of leather. When people wear leather nowadays it’s different. Back in the day it was a big thing.” Smith said he often goes into character when around his friends, knowing they’ll understand the marked difference in his behaviour. “I get to push people around that I’m close with,” he said, laughing. “At first I would always be sorry.” Playing the role of Danny, he knew it would come with some challenges portraying someone so different and singing songs with higher notes than he’s used to. Smith performs one solo and a few duets with onstage girlfriend Sandy. His favourite song is Alone at a Drive-In, which Smith described as both sad and funny. “Danny is sad that Sandy left and now he’s watching this movie without her,” he said. “It gets emotional, but it’s also very funny.” While preparing for the role, Smith and his castmates entered a pact. “Me and the other Greasers decided to not really follow the movie and decided to go our own way and do whatever made us feel comfortable with the characters,” he said. “I created the idea that Danny’s past wasn’t the greatest. It brought him into this family of these other guys who had similar backgrounds.” The actors spent the past couple of months playing off each other while developing their characters, said Smith. “We’ve all developed our own characters and we talked to each other about them,” he said. “Each has a different story and comes from a different place. You can see it on stage.” Among the Greasers, Smith’s character is the patriarch. “I took the father role in the group – I was the one to take care of everyone,” he said. “Throughout the show I lose that because of this girl (Sandy) and I realize near the end that I made a mistake and I actually need those guys with me.” Smith said the audience won’t see the John Travolta version of Danny. “I don’t try to mimic the voice in the movie, I go for a lower, cooler sounding voice,” he said. “I also have very jittery movements. I use my body while explaining things. Back then they were very sexualized so I do a lot of thrusting and pelvic movements.” Drama teacher and director Bruce MacDonald said Grease was a popular choice among students and more than 30 were cast for the play. “Last year there was a few students that asked me about Grease,” he said. “It’s a play about high school kids so even though it’s set in the ’50s all of the issues that they’re going through are pertinent to today – pregnancy, relationships, becoming adults, getting a car for the first time.” Auditions were the first two weeks of school, requiring interested students to prepare a song and a scene from the musical, as well as a movement audition. Once students were selected, they got to work memorizing lines, rehearsing songs and working on the play’s physical components. “We began with working on blocking,” said MacDonald. “I like to work from the physical out. You find where you’re going, where you’re coming from, how you’re standing and how you’re moving and that starts to give you character development.” Grade 12 student Tseide Krekelberg, who used to teach dance in the Netherlands before moving to Canada a year ago, developed the choreography. She plans to pursue musical drama in post secondary school. In addition to being in charge of the musical’s choreography, Krekelberg plays Rizzo. “She’s mean and sarcastic and bullies people,” said Krekelberg of her character. “It was a little hard at first because she is totally not like me. I would never be that mean or sarcastic. It was sometimes hard to fit into.” To create her own interpretation of Rizzo, Krekelberg created a backstory where Rizzo has no real family at home so she created one with the Pink Ladies. “Those are the people she chose as her own family,” she said. Becoming Rizzo also means getting physical, with the character getting into a few rumbles, said Krekelberg. “She puts on a mask,” she said. “She’s really hurt inside but she would rather punch someone than cry.” Tickets to see Grease cost $10 and can be purchased at Eventbrite.ca, in the school cafeteria at lunch or at the door.