Presented live online at 7 p.m. May 12, the play Tragedians Anonymous was written specifically for the Zoom platform, and features memorable characters from Shakespeare’s works
May 10, 2021 1:15 PM By: Brent Calver 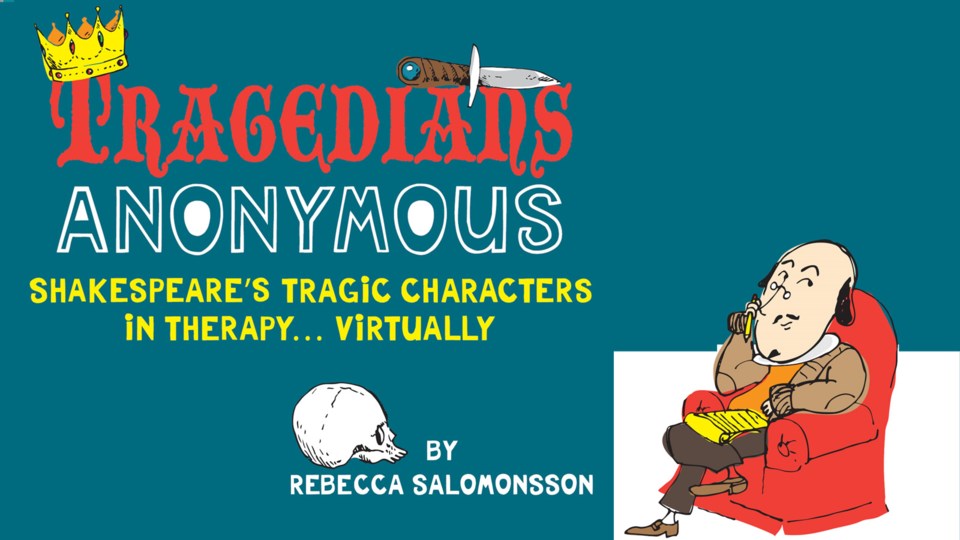 Having to commit to Zoom can be a tragedy -- and an Okotoks theatre group is zooming in on classic tragic comedy.

Dewdney Players'  presents Tragedians Anonymous, which was written specifically for the Zoom platform, and features memorable characters from Shakespeare’s works such as Hamlet, Ophelia, Romeo, and Juliet.

The Dewdney Players' latest feature will be appearing online May 12 at 7 p.m.

Written specifically in the context of the pandemic lockdowns by playwright Rebecca Salomonsson, the woe-begotten characters take part in online group therapy sessions.

The therapy group's theme is “identify those who wrong us and those who we wrong”, and leads to several comical confrontations between the dramatic personalities.

Serving as the therapist is Prospero of The Tempest fame, played by Dewdney alumnus Gordon Dawson, who will also play Romeo’s father Lord Montague.

In Tragedians, Prospero serves as the therapist to the other Shakespearean figures as they pour out their ills.

As the play goes on, Dawson said, it takes a few twists, but comes out in a good place.

“They take a little bit of licence there, but it’s a good comedy,” he said.

Dawson, who acted with Dewdney from the mid-90s until 2006, has leveraged the Zoom medium to take part from Penticton, B.C. where he now resides.

Tragedians Anonymous is directed by Jody Sanderson, produced by Ed Sands, and will run approximately an hour.

Tickets can be found at https://tinyurl.com/DewdneyPlayMay2021