Rapper, voice actor, and filmmaker ZHE the Free will be holding Find Your Voice, an online workshop through the Okotoks Public Library aimed at inspiring youth to explore and develop their talents.
May 30, 2021 2:30 PM By: Brent Calver 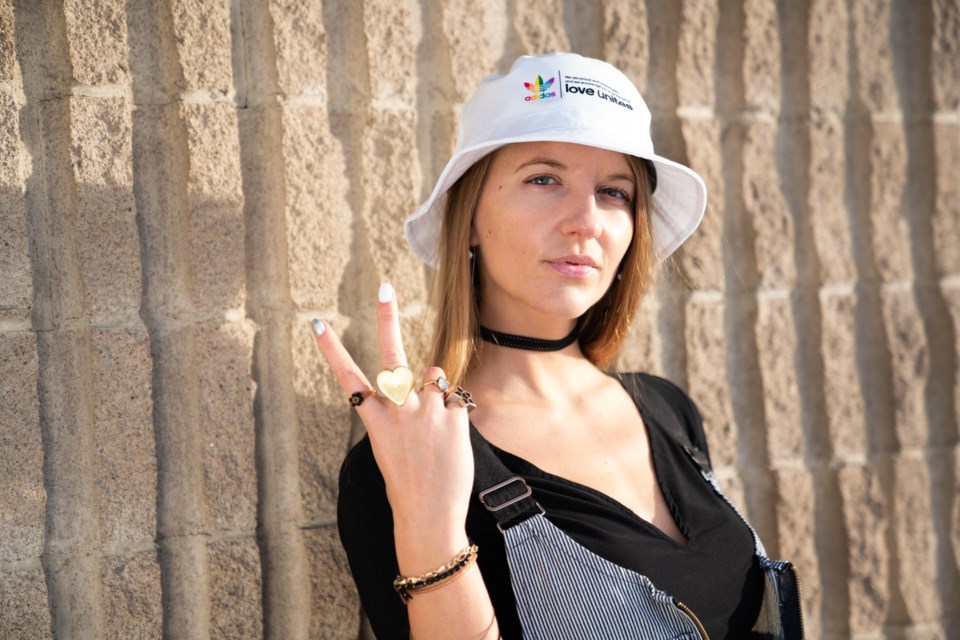 Rapper, voice actor, and filmmaker ZHE the Free will host Find Your Voice, an online workshop through the Okotoks Public Library aimed at inspiring youth to explore and develop their talents. (Photo courtesy Derrick Birkmann/Converge Studios)

Rapper, voice actor, and filmmaker ZHE the Free is holding Find Your Voice, an online workshop through the Okotoks Public Library aimed at inspiring youth to explore and develop their talents.

“I think kids being encouraged to find their voice and play with creativity is a really crucial time,” said ZHE, who grew up in Black Diamond.

“I wanted to connect to other young people because of the age I was when I started voice acting.”

The online workshop is at 4 p.m. June 3, and will combine open communication, voice coaching, and creative writing in rap and poetry.

“I’m hoping they connect to what it feels like to be part of a community and feel a little sense of belonging,” she said. “And that they discover a talent they have that maybe they were never encouraged to play with before.

“I encourage a lot of participation, so that young people really get to practise using their own voice and sharing their own ideas or opinions or creativity vocally.

ZHE, known as Zoe Slusar growing up, related her own past getting into the voice acting business at the age of 11.

“Often kids think they have to wait to grow up to do these really interesting things or start working towards their dreams,” she said, pointing out Justin Bieber first rose to fame at 13.

“We’re gearing it towards kids because there are actually lots of kids who get involved in voice acting and music.”

While getting into the industry through a female role for a character named Lilleybell, she found what she and producers called her "boy voice", eventually securing roles such as young Goku for the English dubbing of popular '90s anime Dragon Ball.

Courage to use their talents is another value ZHE hopes to instill in others, having been bullied as a teen for her work.

While actors voicing characters of other genders is common-place in television, the artist drew the ire of her schoolmates.

“Kids started to find out that I was voicing boy characters in junior high and high school,” ZHE said. “I was really heavily bullied and in a weird way about the gender roles.

“Things that were very confusing when you’re a young woman.”

At a time when she wanted to quit, her supportive parents and show producers reinforced her will to foster her talents, ZHE added.

“I’m just so grateful that I was encouraged to find that voice and then keep using it," she said.

“I think that’s why I’m such an outspoken woman, because of those experiences, so I want other kids and young people to know that their voices are really valuable in the world.”

Now in adulthood, ZHE said when someone finds out about her voice acting, they get excited and respond positively.

“It totally flipped for me that you should ever be ashamed for being weird, creative, or being outside any of the binaries,” she said.

Currently studying for a master’s degree in anthropology and film at the University of Saskatchewan, ZHE also released the rap album The Love EP at the end of 2020, which topped Calgary’s CJSW charts in the new year.

The album’s message of “women holding space and using their voice in a way that’s strong, risky, loud, and holding opinions” as ZHE described in a January interview holds true with her approach to her work across the board.

Having worked with ZHE in the past, Jeff Blumer, the library's juvenile services co-ordinator, saw a great opportunity to help young people grow creatively.

“She has a lot of really awesome stories to tell,” Blumer said. “She’s got a lot of great ideas on literature and poetry and is super smart and super entertaining.

"It’s going to be awesome.”