Just Another Beautiful Family was named a co-winner at NSI's Online Short Film Festival.
Feb 7, 2020 10:02 AM By: Tammy Rollie 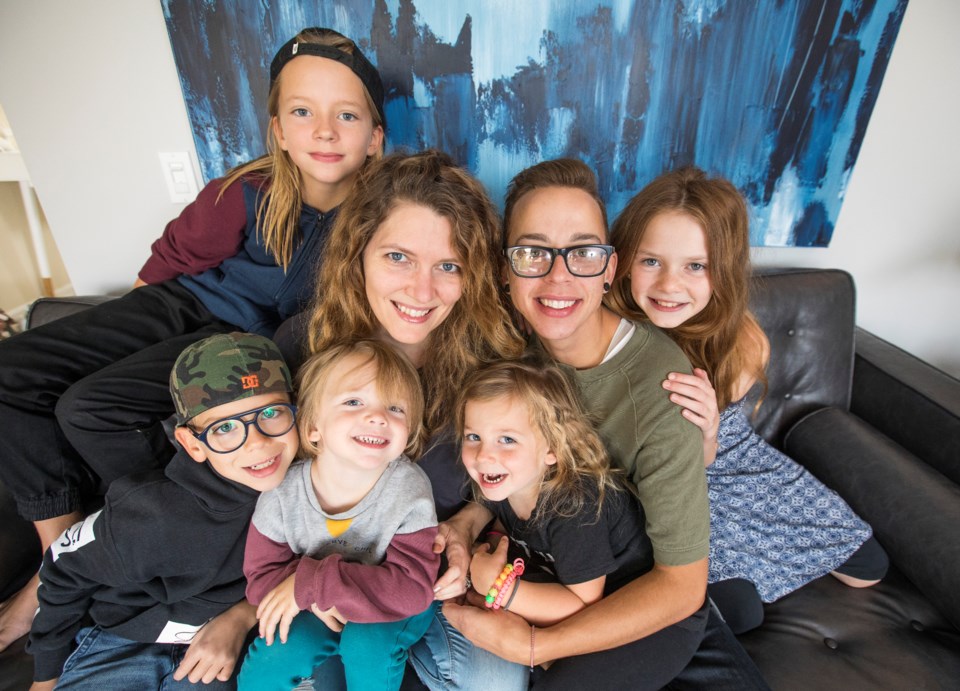 OKOTOKS - A family remains in the spotlight after a documentary celebrating its “brave, honest and intimate story” won yet another award.

Nick and Katherine North were named winners of the final A&E Short Filmmakers Award in the National Screen Institute’s Online Short Film Festival for their short film Just Another Beautiful Family. The documentary tied with Joy Webster and Lucas Ford’s film Game in Toronto. The winners split the $1,250 prize.

“We are just really excited and thrilled and we weren’t expecting at all to win,” said Nick. “They encouraged us to apply. We thought, great, that sounds like a fun thing to do. Lo and behold we were tied for a win, which was really cool.”

The couple and their five children created a 19-minute documentary that tells the story of how love and living a normal life is possible for transgender people like Nick, who struggled with his identity since childhood.

“Normally when you see movies about trans people it’s all about the surgery,” said Nick. “My surgery was a part of it, but it was all about my family supporting me being myself and wanting the kids to be themselves even if it’s messy, even if it’s hard.”

In 2018, the Norths were selected by STORYHIVE to produce a documentary about their family to air on TELUS Optik™ TV On Demand and storyhive.com. They received $50,000 to create the documentary, which was released on YouTube in September at beautifulfamiliesproject.com

The short film features the family doing dishes, making supper and reading bedtime stories, intertwined with Nick’s recollections of not feeling right as a female and his physical transformation in recent years to become male with Katherine by his side every step of the way.

In a press release, Campbell described the film as "authentic and inspiring” and “incredibly vulnerable filmmaking at it’s best,” saying the Norths “created a nuanced story of family, resilience and joy.”

McDougall described the film as a "wonderful short documentary with an incredibly strong message. Katherine and Nick let us inside their lives as we follow their family’s journey and, in doing so, they share the importance of living an authentic life and finding your true self."

Liz Hover, NCI director of communications, who said awards are presented to filmmakers four times annually with more than 100 submissions, fell in love with Just Another Beautiful Family.

“I felt it was really moving and amazing,” she said. “It’s a very important issue that more people need to become aware of. Nick and his wife made it very accessible.”

Nick said his family is honoured to win, considering it was their first film and that it could have used some improvements on the technical side.

“It lets us know that the story matters more than the craft or the art,” he said. “It’s really great that they’re seeing the story and humanity rather than the technical things. It’s validation that people want to know these stories about people that are different and it doesn’t have to be all about the medical.”

To continue promoting the film, the couple decided not to enter it into film festivals so that the general public has access to it.

“We didn’t like the idea of holding it back for another year while we do the festival circuit,” Nick said. “The reason we made it was for transfolk and their families and friends and people who want to support them to see what’s possible and how beautiful life can be.”

Nick said Just Another Beautiful Family has had more than 11,000 views on YouTube.

The couple is currently seeking funding to create either a docu-series or an hour-long documentary to continue in their quest to get their supportive messages out to the public.

Nick said they’ve started a YouTube channel with family blogs, Q&As and education around how to be a good ally and support friends and family who come out.

“The questions that people ask all the time on social media, we started answering them on camera,” he said.