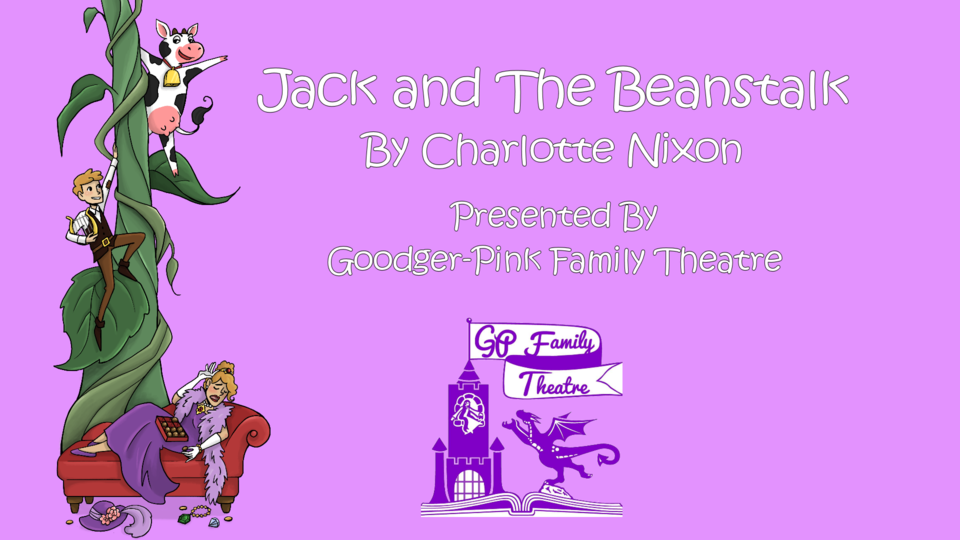 A long-running family theatre group will be adding to the Rotary Performing Arts Centre’s RPAC@Home lineup.

Goodger-Pink Family Theatre’s reading of Jack and the Beanstalk debuts via livestream on the RPAC’s YouTube channel Feb. 17 from 7 p.m.

As theatre performances are still restricted due to COVID-19, the play will take the form of the players performing over a Zoom meeting that will be then livestreamed.

“Our goal is to just continue to bring that theatre magic to the community however we can,” said Samantha Bell, creative director for Goodger-Pink.

The script, written by Calgary playwright Charlotte Nixon and originally intended to be performed by the theatre troupe this past summer, will be rejigged for the format.

“We were already sitting on this amazing script and wanted to work with it,” Bell said.

As with many of Goodger-Pink’s performances, the story turns a classic fairy tale on its head with a pantomime twist.

Its rendition of Jack and the Beanstalk is told from the point of view of Jack’s cow Betsy (played by Bell) which is sold for beans in the story.

“It's the super sassy character called Betsy the Cow,” Bell said. “It's another hilarious remixed version of a fairy tale.”

Long-time RPAC sound technician Nikkie Brown will be operating the broadcast for the show and is no stranger to Goodger-Pink shows and said “they’re like family.”

Brown said the format is a dramatic change for stage and theatre tradespeople such as herself, but learning a new skill set has been exciting and challenging.

Bell said she still hopes a live play performance can be held once restrictions ease.

“The hope is the audience loves what they see, and then hopefully we’re able to actually present it to them as a full on production in the summer,” she said.

Jack and the Beanstalk will be livestreamed on the RPAC’s YouTube channel Feb. 17 from 7 p.m. to 8 p.m. at https://www.youtube.com/user/townofokotoks/ and is free for the public. It will remain there for viewing after the live showing.