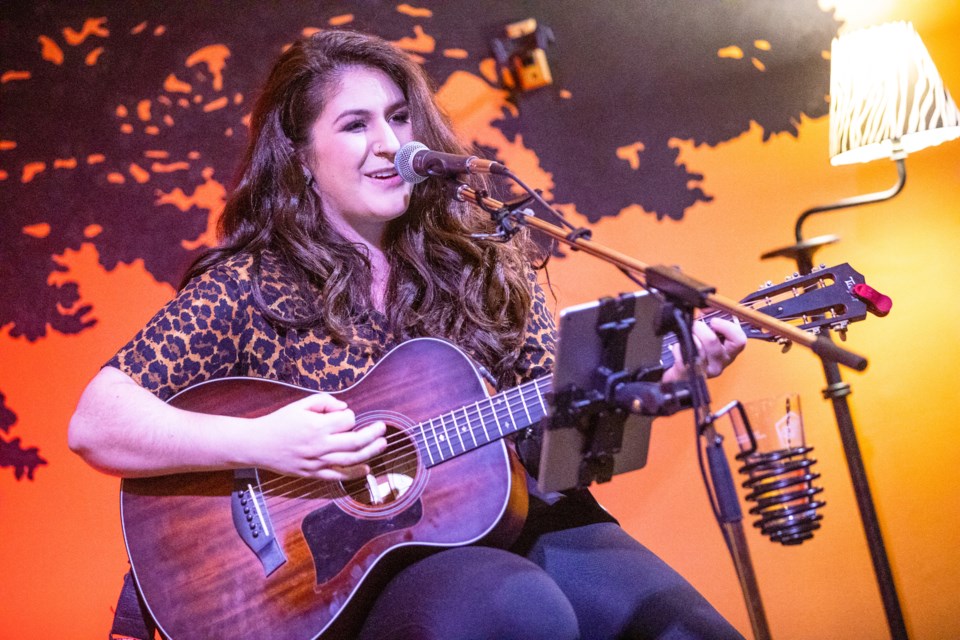 Okotoks singer/songwriter Michela Sheedy is first on the fall lineup for the RPAC@Home Concert Series in September. (Brent Calver/Western Wheel)

A popular online concert series that garnered thousands of views in the spring is set to gain momentum again this fall.

The Town of Okotoks’ RPAC@Home Concert Series is returning after a successful three-month run earlier this year. The season kicks off with a performance by Michela Sheedy Sept. 23 and will run alternating Wednesday nights at 7 p.m.

“There’s going to be lots of new original tunes from me, which is really exciting - stuff that people haven’t heard before, then some of my favourite covers as well,” said Sheedy. “I’m really excited.”

The Okotoks country-rock singer/songwriter said she’s been busy during the pandemic writing and performing a number of online concerts. Sheedy released her new single Lost in early August and, in past years, has performed at Country Thunder and the Calgary Stampede’s Nashville North, and sang the national anthem at Calgary Flames games.

“I’ve done a bunch of online concerts through different radio stations and requests that I get,” she said. “It’s been a way to connect with people across the country and it’s been very exciting.”

Sheedy said the PRAC@Home Concert Series is a great way to keep people connected to live music in their communities.

“It’s really great because obviously the shift has been to all of these online shows and the RPAC is such a special venue for Okotoks,” she said. “If we can bring some of that magic to people’s homes it’s going to be special either way.”

RPAC and event assistant Andrea Spiers, who came up with the idea to host an online concert series after the Town had to cancel the season’s remaining performances at the Rotary Performing Arts Centre (RPAC) due to Alberta Health Services regulations, said she’s eager to get the series going another season.

The concert series will feature a different Foothills or Calgary area musician every two weeks.

“We’re starting it up again at the end of September for the fall and winter months and we will see how things go,” she said. “We still want to keep the community connected and keep the artists working as much as we can. They’re so grateful for this opportunity.”

The concert series began streaming live on the Town’s Facebook page in April with views exceeding the 2,000 mark for many of the concerts. Spiers said they can also be viewed on the artist’s own Facebook page as well as the Town’s YouTube page.

“When we started everything it was streamed through the artists’ homes, but because the regulations have gotten a little more relaxed we’re going to do more of them from the RPAC stage,” she said. “There’s just going to be a few of us there.”

Spiers said the series will also include a live concert from Mexico in honour on The Day of the Dead in November and a concert by the Big Rock Singers around the holiday season.

“We’re happy to keep going,” she said. “This has been a lot of fun and we’ve had lots of great feedback from the artists and people who watch it. We’re still doing events, just in a totally different way.”