A fixture of Okotoks’ music scene has garnered recognition for his spirited efforts in the community.
Mar 10, 2021 10:00 AM By: Brent Calver/OkotoksToday.ca 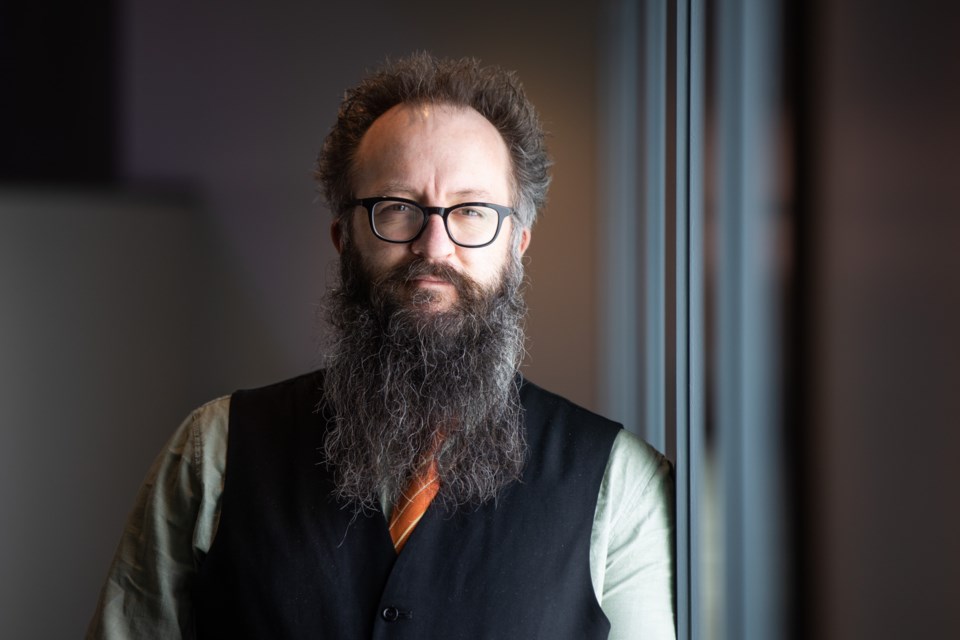 A fixture of Okotoks’ music scene has garnered recognition for his spirited efforts in the community.

“It was a shock,” Korthuis said.

Con Spirito translates to With Spirit from Italian and the Choir Alberta award "recognizes the spirit and dedication of individuals and their commitment to choral music in their local community."

He’s in good company, with another notable recipient being Timothy Shantz, artistic director of the Spiritus Chamber Choir and chorus master with the Calgary Philharmonic Orchestra.

“It was really an honour to see the other people who are included,” Korthuis said.

Korthuis’ motivation in music is bringing people together.

“You've got all these people that are raising families, or just working on their careers, and they used to do music way back in the day and want to get back to it," he said. “The reason these groups are so great is the camaraderie, the friendships.

“You're building around common interests, but also supporting each other, especially during COVID, with mental struggles and mental health struggles.”

Korthuis obtained his Masters of Music in Choral Conducting and immediately moved to fill a void he saw in the Foothills community, by founding the Foothills Philharmonic Society.

Initially a chorus, this came to include an opera chorus, jazz ensemble, men’s chorus, and orchestra.

His accomplishments include studying with the Vancouver Chamber Choir, touring New York, Montreal, and Ottawa as an accompanist, as well as conducting Johannes Brahms’ Requiem in Austria and Felix Mendelssohn's Hebrides Overture in Bulgaria.

The various music programs he’s helped foster, to him, allow Okotoks’ family-oriented community to tap into forgotten creative roots and forge connections that may otherwise never be made.

He recalled the time an older woman struck up conversation with a young man in an Iron Maiden T-shirt.

“There was a conversation once in our tenor section where you've got metal-heads and grandmothers sitting next to each other,” he said. “One lady leans over to a guy and says, ‘Iron Maiden, what is that like?’

“And I’m just like, ‘I love this, these relationships.'

“We just have people from totally different backgrounds encouraging each other, and the community becomes better because of that.”

He was nominated by Alberta High School of Fine Arts teacher Matt Ellis, who finds Korthuis' contributions invaluable and a natural fit when Choir Alberta put out the call for nominations.

“I couldn't help but think of Tim,” Ellis said. “I mean, he co-founded a choir and orchestra within Okotoks and the Foothills."

He’s tapped Korthuis’ talents extensively to further the creative pursuits of his students at the arts school at Foothills Comp, both as an accompanist and guest conductor.

As an accompanist, Korthuis has played piano for the choir as they’ve received provincial awards.

"For the students having a professional conductor come in, helps them, I think it improves focus for them," Ellis said.

It’s not just the students benefiting from a set of fresh ears.

“It's a huge one for me having another conductor and somebody of Tim's calibre, it allows me to see different ways of working with kids or different ways of doing things that I might not think of otherwise," Ellis said.

“Tim has become like a mentor here in the community for a lot of people. I think he’s just promoting a love of music in Okotoks and the area in general.”