Since closing their doors in light of the COVID-19 pandemic two months ago, staff at the Okotoks Museum & Archives and Okotoks Art Gallery has been posting their exhibits online to ensure people can still enjoy them.
0
May 13, 2020 2:00 PM By: Tammy Rollie 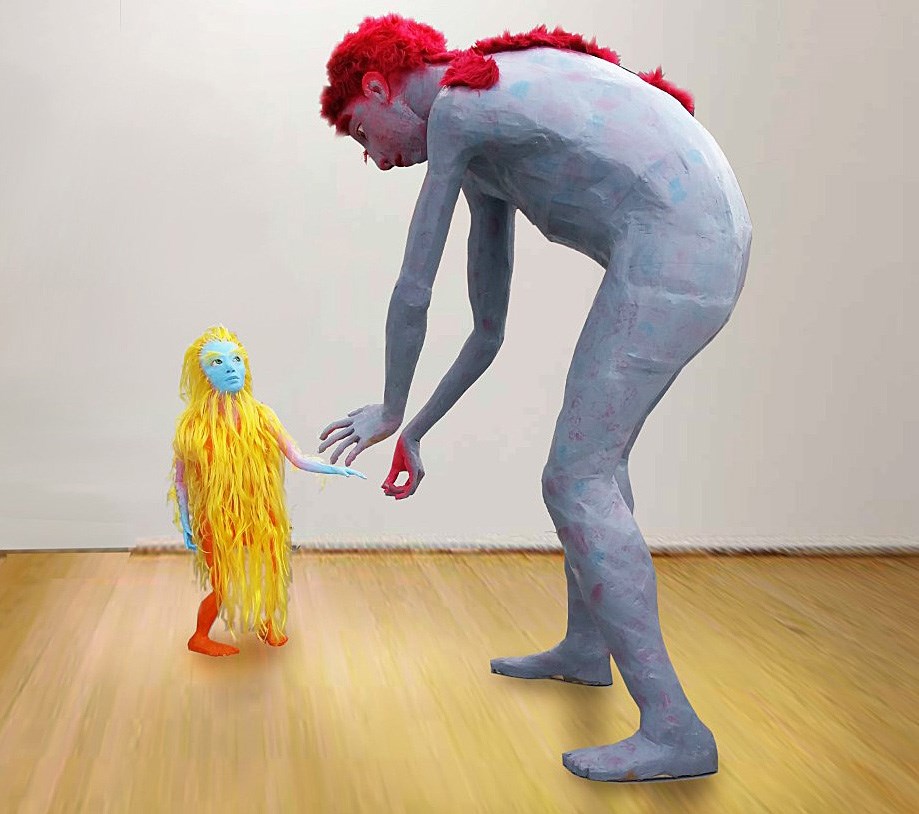 Gary McMillan's exhibit, Galapagos, which is on display at the Okotoks Art Gallery, is now available for viewing online after the gallery closed its doors two months ago. (Photo Submitted)

Discovering history and exploring the works of artists has become an online adventure for the public.

Since closing their doors in light of the COVID-19 pandemic two months ago, staff members at the Okotoks Museum & Archives and Okotoks Art Gallery got creative and were soon posting their exhibits online to ensure people could still enjoy them.

“We wanted to look at ways of keeping people engaged socially,” said Jaime-Brett Sine, Okotoks culture and heritage programmer. “Engaging with culture and heritage in one’s community has shown around the world to be one of the best strategies of coping in times of crisis. It’s a way to bring inspiration and hope in a time when it’s really needed.”

With a duty to continue connecting the community with local arts and culture from the comfort of their own home, the staff members put to use their computer skills and created virtual exhibits.

“When it comes to the virtual and digital world I was fairly experienced and I had a foundation, but when it comes to video editing software and those finite details it’s been a steep learning curve,” Sine said. “We sorted it out and are getting better.”

Sine created a virtual tour of Gary McMillan’s exhibition, Galapagos, for those who didn’t have the opportunity to view it in the large gallery before the facility’s doors closed. She’s currently working on a video tour of Okotoks artist Lanhee Cho’s exhibition Prairie Dreams in the small gallery.

“It’s the content people want,” Sine said. “We provide it in a way that’s fun and engaging to watch. It’s also a way to engage with people who haven’t engaged with our culture and heritage teams before.”

In addition to the virtual exhibitions, Sine has created a tour of the historic building which was Okotoks’ former train station.

“Some videos we’re getting thousands of hits, which is fantastic,” she said. “People are really enjoying them.”

The museum is also delving into the world of virtual exhibits, according to museum specialist Kathy Coutts.

“The Lower School exhibit, which has been up for a while and still exists as a physical exhibit within our museum, we enhanced it by turning it into a virtual exhibit,” she said. “We’ve done a virtual tour of that exhibit, both from the students’ perspective and the teachers’ perspective. It’s an extension of the exhibit that physically exists within the museum.”

When the museum closed in March, The Liberation of the Allied Prisoners of War exhibit was slated to go up in April and the 75th Anniversary of Victory in Europe Day in May. Coutts said they were completed electronically instead.

“In a perfect world we would have done these exhibits within the walls of our museum, but we have to adapt,” she said. “We changed what would have been an exhibit in the museum and turned them into online virtual exhibits. The virtual tours are strictly photographs and text.”

The latest exhibit commemorates the official end of fighting in Europe during the Second World War on May 8, 1945, with information about the final days leading up to the victory and how Okotoks residents celebrated VE Day.

“We tried to provide as many layers of information as possible to make it as enriching as possible so that the viewer can get a deeper meaning,” she said. “We’ll continue to add new stories every week from now to mid-August, which is when VE Day was.”

Coutts said it’s unfortunate the 75th anniversary of VE Day couldn’t be celebrated around the world like people had planned.

“We have to persevere and look at alternate ways to ensure these special anniversaries are recognized and we don’t forget what these incredible men and women of our community did during WWII,” she said.