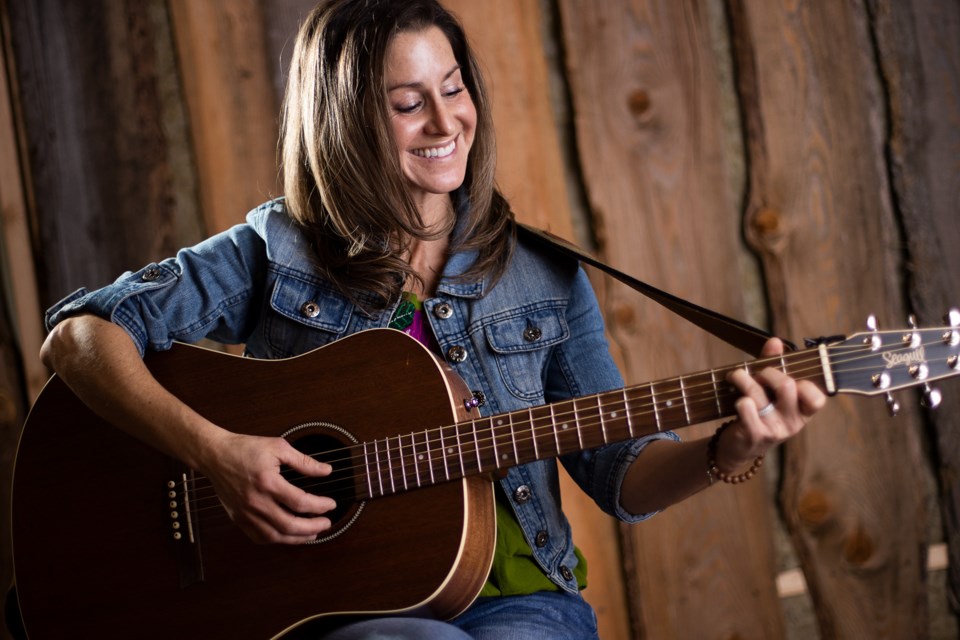 An Okotoks mom is unleashing a talent she never knew she had until she took a risk.

Julia Roar released her first album Mountain Gal last summer, not long after discovering she had a talent for singing.

“I’m over 40 so it’s a funny thing to be doing something new and creative,” she said. “I didn’t even know I was dreaming about doing this. It just unfolded. It’s great to model that healthy risk-taking to my kids to really go after things.”

It all began for Roar when her oldest son, Jackson, now 11, was a preschooler.

“The first song I wrote was for Jackson’s birthday party when he was turning three or four, about pirates and princesses,” she said. “I had a few guitar lessons when I was pregnant with Jackson. I’ve always enjoyed singing, ever since I was a little girl.”

At that time, Roar had quit her teaching job in Calgary to raise her young family and was looking for something to preoccupy her time.

“I was at home with the kids not knowing what I wanted,” she said. “Because I had more available time I just started singing.”

Roar began with cover songs, initially trying her skill publicly during her own baptism at the Black Diamond Gospel Chapel.

She then began delving into poetry writing, which resulted in an unexpected emotional release regarding past childhood trauma.

“A few years after my baptism all of this poetry started pouring out of me,” she said. “The church was a huge support in my journey of healing through solid teaching of God’s word, prayer and fellowship. Christ has brought me hope in a world ripe with loneliness and heartbreak. He brought to life what was dead inside, and that is the reason I sing.”

Three years ago, Roar joined the Millarville Writers’ Group to hone her poetry skills and those poems soon turned into songs.

“There was this feeling that I should share my talent and also have something for me that I felt would be honouring God in using what he had given me,” she said. “God gives us talent so we should honour him by using it.”

Despite being nervous on stage, Roar began attending open mic events at Tribal Connection Market and Royal Duke Hotel in Okotoks, The Westwood in Black Diamond and performed at Eau Claire Distillery in Turner Valley.

“This adventure is way bigger than just me, there are so many people involved,” she said. “There are great resources that are so rich in this area and my family is very supportive. My husband is my biggest cheerleader and picks up the slack if I go to open mics and sing at markets.”

“All of these people really impart their wisdom to me – I feel like I’ve learned a lot,” she said. “They’re safe places where I can explore and experiment. It gives me something to focus on.”

Topics Roar sings about revolve around family and faith in a voice that’s more country than gospel.

“I would love to work up to festivals but I’m obviously still a needed mom,” she said.

While keeping up with an 11-year-old son and five-year-old daughter, Roar is working on recording her new single, Nova Scotia Night, to be released later this year, and continues to write regularly.

“I’m not sure the direction of my music in the future,” she said. “I’m trying to move towards more vulnerability. I’ve helped other musicians write lyrics and was recently commissioned to write a song for a client to portray his life story. I’m keen to continue in that vein as well.”