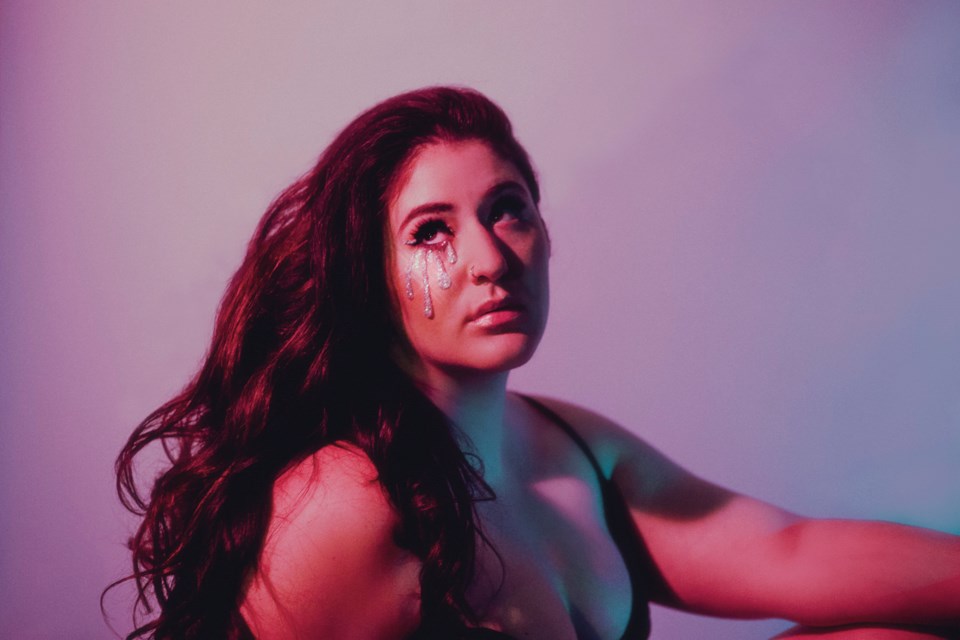 A song for the times.

Okotoks country-rock musician Michela Sheedy’s new single Lost, which hit the radio waves on Aug. 10 and is available on streaming platforms Aug. 14, speaks to finding the light and overcoming challenges in difficult times.

“I’m so excited to finally be releasing some new music after two years since my first single,” Sheedy said. “The story behind the song is it’s something that everybody can relate to, especially these days going through a pandemic and having uncertainty, there’s been a lot of sadness and fear and people are questioning a lot of things in life.

“This song is about finding your joy through all of the pain and all of the sadness – whether that be finding joy in yourself, finding joy or love in somebody else or following your dreams – that’s what it’s about, how we can all be resilient.”

Sheedy found inspiration for the song, a collaboration between herself and musician Chris Yurchuck while in Nashville, after dealing with some setbacks of her own last November.

“It was after I took a pretty big blow to my career,” she said. “(Chris) really helped me through this one, it was more so a therapy session slash songwriting session and we really kind of honed in on what it means to find your happiness again.

“And for me that really happened in that trip to Nashville, I found my love for music again and decided to keep trucking in terms of my career.”

Since May, Sheedy has worked with Calgary musician Matt Masters’ Curbside Concerts – which connects local artists with audiences in the age of physical distancing.

“We’ve been doing socially distant little performances on people’s driveways for things like birthday parties, anniversaries and grad celebrations,” said Sheedy, a Holy Trinity Academy alumnus. “It’s honestly been super busy and I’ve been really happy to bring some sense of community and joy to people in whatever way I can.”

Sheedy, a veteran on the big stages from Country Thunder and the Calgary Stampede’s Nashville North to performing the national anthem at Calgary Flames games, has enjoyed the intimacy of performing at smaller venues.

“Usually I play bars, restaurants and of course there’s the bigger stages as well, but I’ve been really connecting with people in a way that I didn’t think that I could,” she said. “And instead of being a wall-ornament at a bar or restaurant, I’m actually making some pretty important memories with people. I witnessed people hugging their family members for the first time. People are just bursting with happiness to be able to commune and be able to get together in any way that we can.

The Okotokian has also enjoyed the chance to perform for a national audience as part of the Bud at Home Series which was aired on City TV in July.

“I had that opportunity through RBC X-Music, I did their first step program and through that I was able to open up for Dallas Smith and Dean Brody, virtually, and that was pretty cool that I was broadcast on national TV,” she said. “That was such a cool opportunity and something that I don’t know if I would have been able to be a part of if it wasn’t for the pandemic.

After some initial doubts on the short-term outlook for musicians during the pandemic, Sheedy said she and the artist community have come together and adapted to the challenges.

“I was kind of nervous because entertainment was one of the first things to go and I thought it would be the last thing to return, but now people have been really craving it,” she said. “Artists have been able to persevere and be super adaptable during these times, whether it’s Zoom concerts, just streaming and smaller scale shows.

“It is starting to pick up and I’ve been so impressed with how the arts community has really lifted each other up, supported each other and we’ve been able to find new ways to get our art to other people.”

Sheedy’s working on more original music and has a few more virtual gigs on the horizon, including PEI’s Cavendish Beach Music Festival during the second weekend of August.

“At first it was honestly really hard for me as it was for probably everybody with the uncertainty and fear, I had a lot of anxiety and was questioning whether music was the right choice,” she said. “Because it’s not quote-unquote an essential service, but they’ve really made things work in our favour and we’ve been able to push through all of the craziness.

“It’s been challenging, but something I know that we’re going to come out so much stronger from on the other side.”