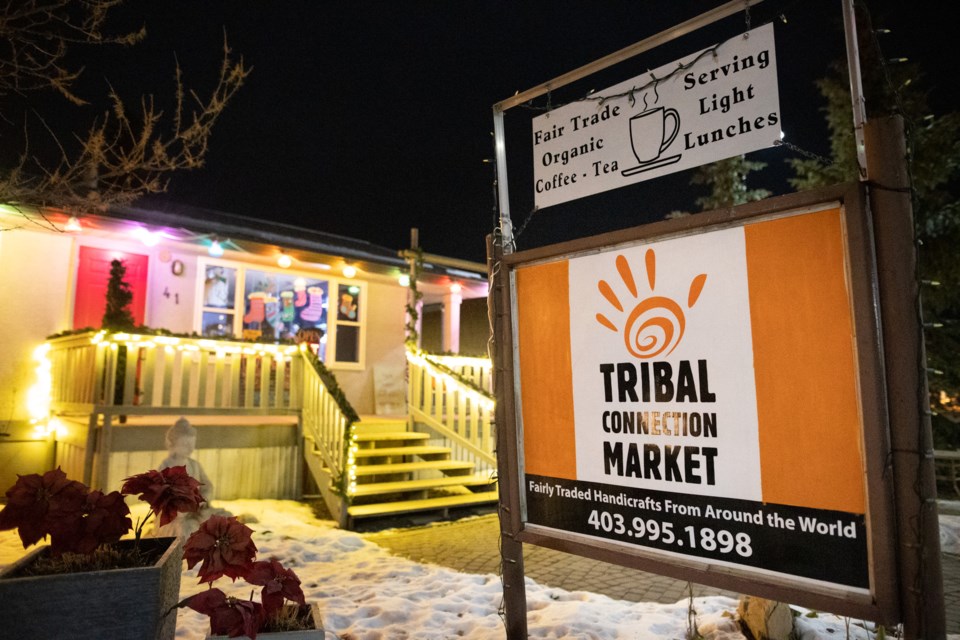 Tribal Connection Market has had to put its live music on hold after the Nov. 24 restrictions made it unviable to bring in live acts. (Brent Calver/Western Wheel)

Since the Province's new restrictions came out, one live music venue has had to put its live entertainment on hiatus.

While Tribal Connection Market co-owner Wendy Badduke mourns the temporary loss of live shows, she's grateful she still has her retail and café business to fall back on.

With new restrictions, the café, which once seated over 60 people in a live show, was at half-capacity at 33 until the latest restrictions came on Nov. 24, when it was reduced to 25 per cent capacity, or 16 people.

“At $10 a ticket that makes a big difference,” said Badduke about upcoming show by musician Jory Kinjo. "He'd still have to sing the same amount of time.”

"People really have been shopping local — they're not going into the city, they're not buying from the bigger box stores. I'm glad to hear they didn't shut us down completely, that this is what it is, I'm still happy with that," she said.

"Fine and dandy, we'll all do our part, but you make sure all of those [box stores] are shut down and only keep open the locally owned grocery stores.

"We can't complain, we're still here and we're doing okay, grateful for that.”

Kinjo, who was slated to play at Tribal Connection this weekend, concedes that there isn’t much he can do live right now.

Venue restrictions aren’t the only reason Kinjo is bowing out of the limelight for now.

With an illness in the family, Kinjo is on side with taking care to avoid infection.

“Mom is sick with cancer, so I can only pick and choose the gigs I was able to do anyway, and now that's totally out the window," he said.

“Being safe is at the core every day.”

He is thankful though for government support.

“I feel like we've been supported by our government and we're just lucky that that's been the case," he said. “Honestly the thing that saved me was the CERB, to give us money going through the pandemic.

“I've got musician friends in the United States that are in way worse shape than I am, and I'm quite scared for them.”

He said he feels this is contrasted starkly with the fact that society stuck at home is consuming media.

“Like never before, we're finding out how essential art is to our society and the role artists play in delivering that," he said.

Kinjo plans to keep finding ways to produce music for his fan base.

"I'm just gonna have to see what I can do from home," he added. "Because of the pandemic, I've really educated myself on home-recording; pre-recording shows, podcasts, and Zoom stuff.”