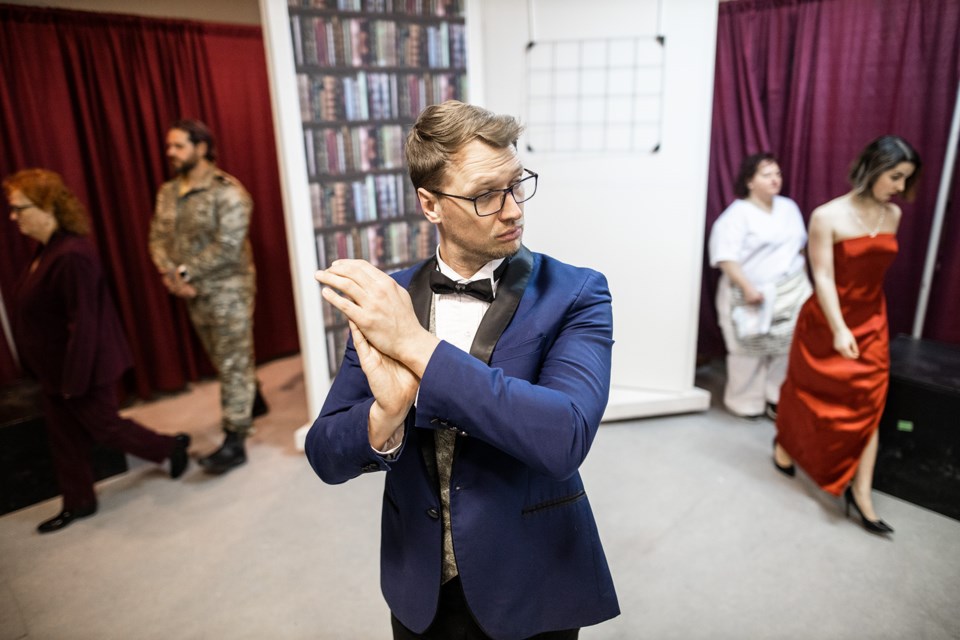 All has been quiet on the stage for an Okotoks theatre group these past few months, but in the background actors are making some noise.

“The nomination process is possibly more important than winning,” she said. “Going in we don’t have any expectations of winning awards, but being nominated is actually one of the best things that can happen. When we get nominated we feel that’s a big part of the audience telling us that we’re doing a good job.”

Payton said it’s common for Dewdney to receive several CAT nominations and not win any awards. The last award Dewdney received, she said, was about six years ago.

Fourteen productions from nine theatre companies received 109 nominations in 22 award categories for the 2019-20 season, making for some tough competition.

“The quality and the standard of amateur theatre in Calgary and area is amazing,” Payton said. “It’s quite a strong competition. Here, in Okotoks, we face different difficulties in that the spaces we can perform in aren’t as elaborate as some of the places you can perform in in Calgary.”

For instance, Vertigo Theatre in Calgary has plenty of space for elaborate sets, she said.

“We work with what we’ve got in Okotoks," she said. "We do a phenomenal job of putting on pretty good shows for the community here.”

In light of the COVID-19 pandemic, Payton is hopeful Dewdney can return to the stage in spring 2021. She said the next play on the list is the comedy I Take This Man, as well as some one-act plays.

“We will be back on stage as soon as it’s safe for us all to do so,” she said. “Theatre is one of the last things that’s allowed to get back together. We will do what we can just following all the guidelines and hopefully by the spring we’ll be allowed to meet again.”

Outstanding Performance by a Leading Actor in a Musical: Dave Elder as Mr. Boddy in Clue - The Musical

Outstanding Performance by a Supporting Actor in a Play: Dave Elder as Jesse Kiplinger/Roy Hubley and Daniel Rose as the waiter in Plaza Suite

Outstanding Performance by a Supporting Actor in a Musical: Jared McCollum as Col. Mustard in Clue - The Musical

Outstanding Performance by a Supporting Actress in a Play: Holie Darel as Karen Nash and Emilie Zauhar as the bellhop in Plaza Suite

Outstanding Performance by a Supporting Actress in a Musical: Kelly Misko as Mrs. Peacock and Sue Moore as Mrs. Plum in Clue - The Musical

Outstanding Performance by a Chorus/Ensemble in a Musical: Clue - the Musical

Outstanding Performance by a Chorus/Ensemble in a Play: Plaza Suite

Outstanding Direction of a Play: Mark Huolt and Dayna Coles in Plaza Suite

Outstanding Direction of a Musical: Nicola Payton in Clue - The Musical

Outstanding Production of a Musical: Clue - The Musical