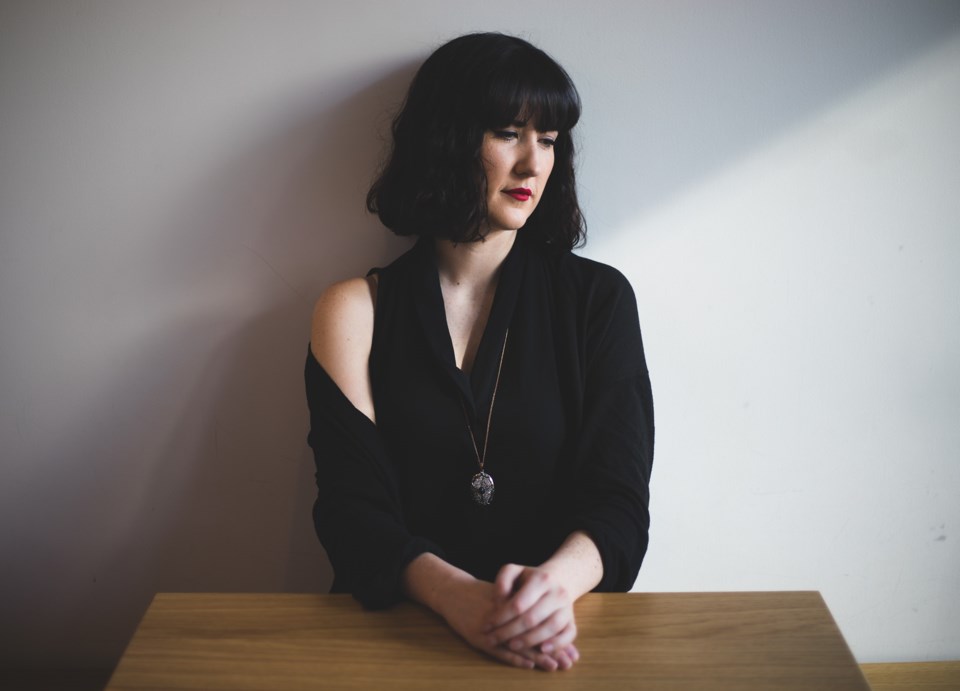 Singer/songwriter Ellen Doty may have roots in Okotoks, but she has yet to play in one of her hometown’s hottest music venues.

That is until now.

The soulful folk/jazz singer, who now calls Edmonton home, is heading south for her first performance at Tribal Connection Market, which has seen plenty of experienced and up-and-coming musicians on stage.

“I’ve never been there so I’m so excited that I’ve been invited,” she said. “Some of my friends and other folk singers have played there and say it’s a great experience.”

Doty fans have been taking in her sophomore album Come Fall since its release in 2017, which Doty will bring to the stage this weekend along with new songs she’s been working on.

Doty said a lot of her inspiration for her newer music comes from the importance of treating others with kindness and generosity, despite being surrounded by so much negativity in today’s world.

“I think that’s a thread definitely for me that’s come out of a lot of difficult things that have been happening and a lot of difficult conversations that are happening in the world,” she said. “As a musician, and someone that gets to share their music with people all over the world, it’s important to use that voice for good. Bringing that positivity to people when I’m sharing music and stories with them is an important part of that to me.”

Doty gets personal in her music. For instance, one of her newer songs, Come the Light, pays tribute to her late grandparents.

“It’s just a story about the fond memories of spending time with them and the legacy that they left behind for all of us and how they loved to travel and see the world and inspired us to do that, too,” she said.

With her new music, Doty continues to maintain the minimal production sound evident on Come Fall.

The album featured strictly voice, piano and drums. This weekend’s listeners will get a similar feel with Doty’s vocals and an accompanying pianist.

“It will be nice and intimate, which is great,” she said. “It’s always nice to get the chance to connect with people more intimately like that. I want to keep that minimal approach to the music with no backgrounds, no layers – just really strip down the acoustic versions of the music.”

Doty said this helps the stories to be heard.

“It’s important for the storytelling aspect for people to really hear the songs and feel the original emotion behind them and how they were created,” she said. “That’s a really important part of the music.”

Doty admits that maintaining a minimalistic approach is not an easy feat.

“It’s a hard thing to do to really strip the music away,” she said. “My temptation is to add more sounds.”

Before spending recent months writing, Doty said she spent a year touring on the heels of Come Fall’s release, which debuted at No. 1 on the iTunes jazz charts, in the Top 5 for college jazz radio in Calgary and in the Top 10 on CKUA Radio for a month.

“I’ve toured a lot since the album came out promoting the record and now I’m writing music again,” she said. “It was time to get back to being creative and work on new songs.”

Now in the creative process, Doty is delving into her jazz sound, which incorporates other styles of music including indie, pop and folk.

“It makes the music a bit more accessible than more of the contemporary jazz music that’s out there now,” she said. “I hope I can continue to open their ears to this style of music.”

This weekend’s show will feature a combination of Doty’s songs from Come Fall, some covers and reimagined versions of jazz standards.

Doty returns to Okotoks this summer to sing at the June 26 Holy Trinity Academy graduation – a school she graduated from in 2006.